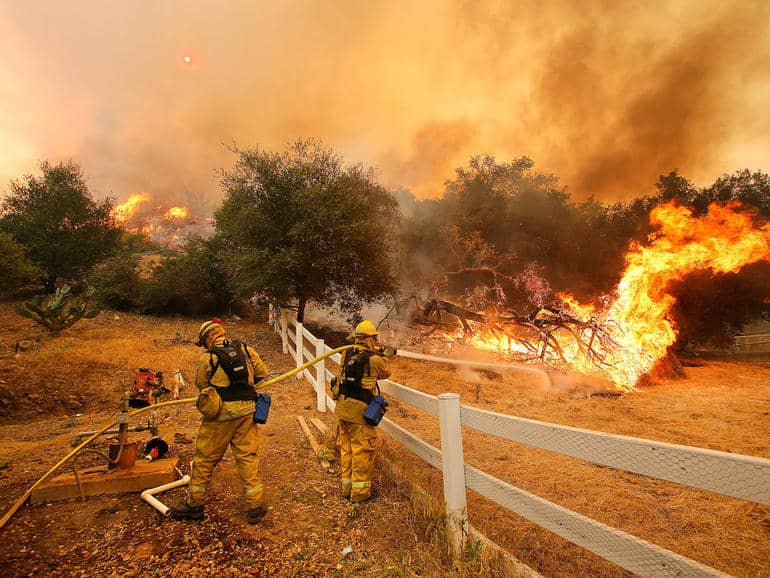 The federal government announced on Tuesday it would be spending AU$37.1 million to improve the resiliency of the nation’s telco infrastructure in the wake of the Black Summer bushfires.

The announcement was broken down into four parts, with the largest portion allocated towards upgrading battery backup power at mobile base stations under the Mobile Network Hardening Program name. A total of AU$18 million will be spent on the hardening program, which includes AU$10 million from the Mobile Black Spot Program.

Base stations funded under the first two rounds of the blackspot program will have backup power duration extended from 3 to 8 hours to at least 12 hours, if possible. A grant program has also been created to fund 50% of the capital expenditure for upgrades at high priority locations and could include backup power or hooking up redundant backhaul at towers and exchanges.

At the start of the month, a report from the Australian Communications and Media Authority (ACMA) said only 3% of mobile tower outages from 19 December 2019 to 31 January 2020 during the bushfire peak, were due to fire damage, and of the 1,390 total facilities that were impacted by the fires, only 1% of incidents were a direct result of fire damage. Loss of power was the main cause of outages, being responsible for 88% of all outages over the same period.

“Information provided by the carriers indicated that backup power capability was generally available for all facilities that experienced an outage,” the report said.

“However, the ACMA understands that access to backup power during a power outage may depend on several factors, including the configuration of the backup system, the working condition of the battery backup equipment and, in the case of generator-powered sites, the availability of fuel.”

The government said on Tuesday the second part of its program would be AU$10 million to purchase portable temporary connectivity, such as cells on wheels, mobile exchanges on wheels, and NBN Sky Muster trucks. Broken down, NBN will get AU$1.7 million for five new trucks and 12 portable satellite kits, and AU$8.3 million will be available through a competitive grants process where telcos can purchase and own the movable infrastructure, but they will have commitments on their use during emergencies.

“NBN Co and carriers will contribute up to 50% of the capital costs of the facilities and will be responsible for the operation, maintenance and replacement costs of equipment purchased,” the Department of Communications said.

The third section will be AU$7 million to install 2,000 NBN satellite services at rural and country fire service depots and designated evacuation centres, with 100 sites to receive batteries and solar panels.

“While many rural and country fire service depots already have fixed-line connections, the NBN satellite upgrades will provide a back-up link if these are severed, keeping our emergency personnel connected and focused on the bushfire response,” the department said.

“Providing better communications access at evacuation centres will improve safety and help keep families and friends in touch with news updates and each other during these stressful events.”

NBN said in February it would look to preinstall satellite links at evacuation centres.

“We are very conscious that these climatic conditions are likely to continue and indeed to get worse, and we’re conscious that as a network we need to test our resiliency, make sure that we have a network that can either recover quickly or is backed up in some way,” NBN CEO Stephen Rue said.

The final allocation of money under the resiliency program is AU$2.1 million to be spent on an information program over the next two bushfire seasons to promote “practical information and advice for communities and businesses about how to keep connected during emergencies”.

“The program will emphasise the importance of having a communications plan in place for emergency situations and not relying on one form of technology,” the department said.

Minister for Regional Communications Mark Coulton pointed to the government’s recently announced round 5A of its blackspot program to improve regional connectivity in disaster-prone areas.

Round 5A was created after round 5 was undersubscribed by AU$80 million, and the money was shifted into the new round. A discussion paper proposed round 5A would target areas prone to natural disasters such as bushfires, deploy new technologies that support shared coverage from multiple mobile network operators, and improve coverage on regional and remote transport corridors.

Whereas the program had previously focused on funding single sites, under the changes, it would shift to potentially cover an entire transport route.

“There is also demonstrable benefit where mobile phone users can access consistent handheld coverage at stopping points along a route. For example, a proposal could offer handheld coverage to townships as well as around truck stops, rest areas and major points of interest for tourists along a corridor,” the paper said.

“Priority will be given to proposals that offer near continuous coverage along a route/section, subject to value for money considerations.”

To help individuals avoid the need to relive the trauma over and over again.

Loss of power was responsible for 88% of all outages in bushfire hit areas from mid-December to January 31.

Although the legislation has been returned for a complete redrafting, Home Affairs is getting its centralised database ready to go.

Research from QUT shows that ‘some kind of a disinformation campaign’ is pushing the Twitter hashtag #ArsonEmergency. There is no arson emergency.

0Shares
Previous PostMusk reopens Tesla factory against local rules: ‘If anyone is arrested, I ask that it only be me’Next PostWhat's on TV this week: 'Scoob!' and Kimmy Schmidt