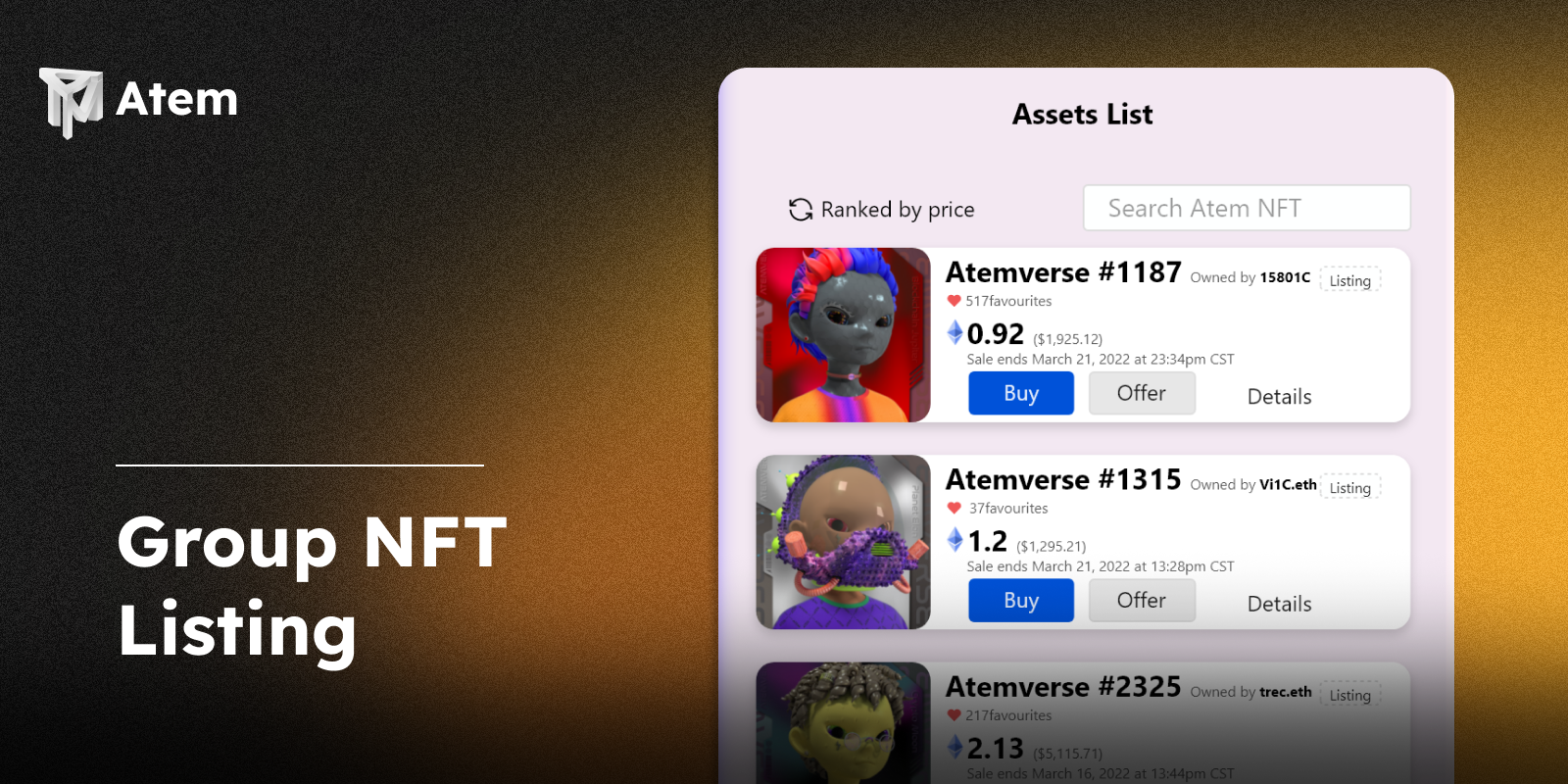 Singapore-based Web3 startup Atem Network is about to launch its product beta on March 16th, 2022, 9am GMT-5. Atem Network is a multichain Web3 social platform combining decentralized community and social trades. In Atem, group spaces will be automatically generated based on on-chain data, users can enter different group spaces based on tokens/NFTs they own, can chat and complete P2P NFT trades in the decentralized community. For beta launch, Atem supports all NFTs on Ethereum Network.

The beta version is coupled with Atem Passport NFT airdrop, during which participants can free mint Atem Passport NFT to be entitled to test Beta Launch. According to Atem Network, the purpose of this NFT is to serve as a passport for the early user to try its product in the beta test and leave genuine feedback to the team so as to improve the product for the public launch. With group spaces formed under NFTs mutually owned by users, the network interconnects multiple users to each other.

One month ago, Atem Network announced its $3 million Series Seed investment; investors include Mask Network, GSR Ventures, A&T Capital, Mirana Ventures, among many others. The fund will be used to build a multichain Web3 social platform combining a decentralized community and social trades. Thus, creating a private community exclusively for crypto and NFT enthusiasts.

Atem Network believes in the development of a better Web3 ecosystem. Hence, the project is building up prospective partnerships under its umbrella. Atem Network has recently announced its partnership with Mask Network, a portal to Web3; RSS3, an open information syndication protocol across Web3; Mintverse, an NFT Aggregator and Marketplace; iZUMi Finance, a platform offering liquidity as a service; NFTSCAN.com, a comprehensive NFT explorer and HOURAI, a metaverse backed by DeFi derivatives across its Web3 group space. Combined with creativity, this project will surely bring a new perspective for the Web3 space, driving it towards a direction that represents a bright future for the digital ecosystem.

Atem Network is a Singapore-based startup operating across the Web3 group space. The project represents a system of decentralized community and social trades which are driven through a multi-chain procedure. Atem has made excessive influence across the Web3 community with its multi-chain Web3 social protocol solution, and it believes in continuing this for the community on a broader scale.

0Shares
Atem
Previous PostGoldeFy Set to List on March 17Next PostAlium.Finance Launches its Own Dex