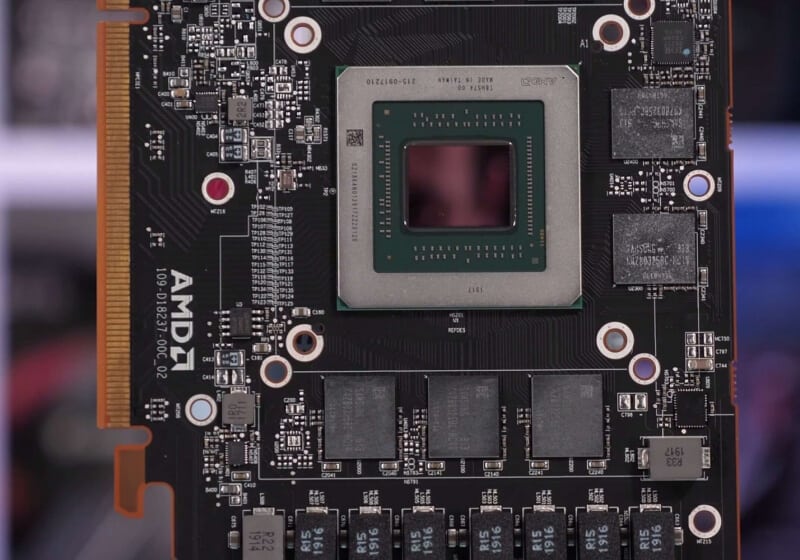 Contents hide
1 Through the looking glass: AMD delivered a splendid battery of processors and graphics hardware throughout 2019 and seemingly Apple’s been taking notice. Last year the pair delivered the Mac Pro’s unique Vega II Pro Duo graphics solution, and new evidence suggests that may be the first in a succession of high-end AMD products to grace Apple’s testing labs.
2 Related Reads

Through the looking glass: AMD delivered a splendid battery of processors and graphics hardware throughout 2019 and seemingly Apple’s been taking notice. Last year the pair delivered the Mac Pro’s unique Vega II Pro Duo graphics solution, and new evidence suggests that may be the first in a succession of high-end AMD products to grace Apple’s testing labs.

Unreleased and unannounced AMD products and supporting infrastructure are appearing frequently in newly published, official MacOS Catalina 10.15.4 code. This isn’t the first time we’ve seen some of these products in a beta version of macOS, but they’re looking increasingly polished this iteration.

Most notably, the code extensively references AMD’s Navi 12, Navi 21, Navi 22, and Navi 23 graphics cards that are expected to break new ground in the gaming GPU world. The four models have been confirmed multiple times by Linux updates, and they’re expected to utilize RDNA 2.0 and AMD’s first hardware ray tracing implementation.

Rumors suggest that Navi 12 and 21 are budget and mid-range chips, while Navi 22 and 23 are the flagship parts that could challenge Nvidia’s RTX series and potentially dethrone the RTX 2080 Ti.

While the mention of these products in Apple’s software doesn’t prove much – AMD could have provided this driver and included them by accident – it is reasonable to expect Apple will take advantage of them. Apple has used Polaris and Vega chips for years, and there’s no reason why they wouldn’t use Navi as well. What’s a little less likely, and all the more intriguing for it, is the possibility of Apple using AMD processors.

Mentioned in the code are five generations of mobile AMD processors. The first three are existing generations, but the fourth is Renoir, which AMD announced at CES 2020. Renoir uses 7nm Zen 2 processing cores and Vega graphics.

Renoir has nearly identical specs to the four CPUs Apple uses in its MacBook Pro series. What a strange coincidence.

Apple’s software also labels a new Van Gogh architecture. Van Gogh is often referenced in conjunction with Navi, leading to speculation it will be the first APU with RDNA graphics.

If Apple is going to launch a product with new AMD hardware this year, they’ll likely do it at WWDC in June. They’ve usually announced updates to macOS there, and generally, bring some professional hardware like the Mac Pro or iMac along, too.

0Shares
Previous PostComcast kept calling me. It was the beginning of a little nightmareNext PostDISCUSSION: US Crypto Taxes Are a Nightmare. Could These Proposals Help?