0Shares
Contents hide
1 The big picture: Apple’s Maps in iOS was a buggy mess when it first released. Over the years, the developers have improved it, but it’s never been a real competitor to Google Maps. The smartphone maker is hoping to change that with a fresh coat of paint and a load of new features added to the latest update of its navigation tool.
2 Related Reads

The big picture: Apple’s Maps in iOS was a buggy mess when it first released. Over the years, the developers have improved it, but it’s never been a real competitor to Google Maps. The smartphone maker is hoping to change that with a fresh coat of paint and a load of new features added to the latest update of its navigation tool.

On Thursday, Apple rolled out an updated native Maps app to all iOS users in the United States. The redesign was already pushed out to a few southeastern states late last year, presumably for beta testing. Cupertino says it will implement the changes in Europe “in the coming months.”

Maps for iOS has been slow to get fixed from its terrible bug-riddled 2012 launch. The latest redesign was initially announced back in 2018, but even at that time, Apple had spent four years reworking the highly under-performing navigator.

The most noticeable difference will be in the amount of detail seen on the non-satellite view. Parks, buildings, and landmarks will be much more visible now. However, to my eye, it does make some of the smaller residential streets hard to see (comparison above).

Apple says that the app will also be faster and more responsive. Navigation is supposed to be more accurate, as well. Hopefully, Siri will now remind you to get in the turning lane well before you pass the end of the line during rush hour, but no guarantees.

“We set out to create the best and most private maps app on the planet that is reflective of how people explore the world today,” said Apple’s Internet Software and Services Senior Vice President Eddie Cue. “It is an effort we are deeply invested in and required that we rebuild the map from the ground up to reimagine how Maps enhances people’s lives.” 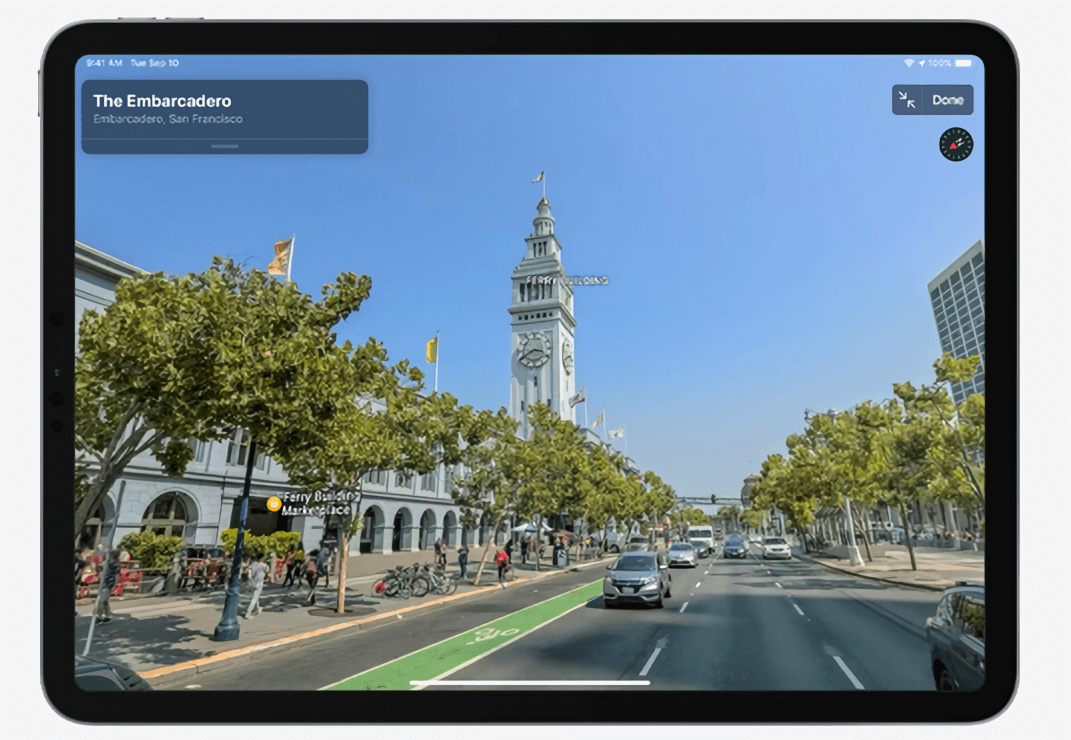 In addition to the new look, Maps has its alternative to Google’s Street View called “Look Around.” It is limited to only a handful of cities, including Las Vegas and San Francisco, but Apple promises more places will become viewable in future updates.

My Places is still a feature, although now it is called Favorites. It allows you to save locations so you can find them quickly and initiate navigation with one touch. However, now you can share lists of your favorite places, such as restaurants, with others using the newly added Collections.

There are quite a few other tweaks, including indoor maps, real-time transit schedules, Flyover, better privacy, and more. Details are available in Apple’s press release.