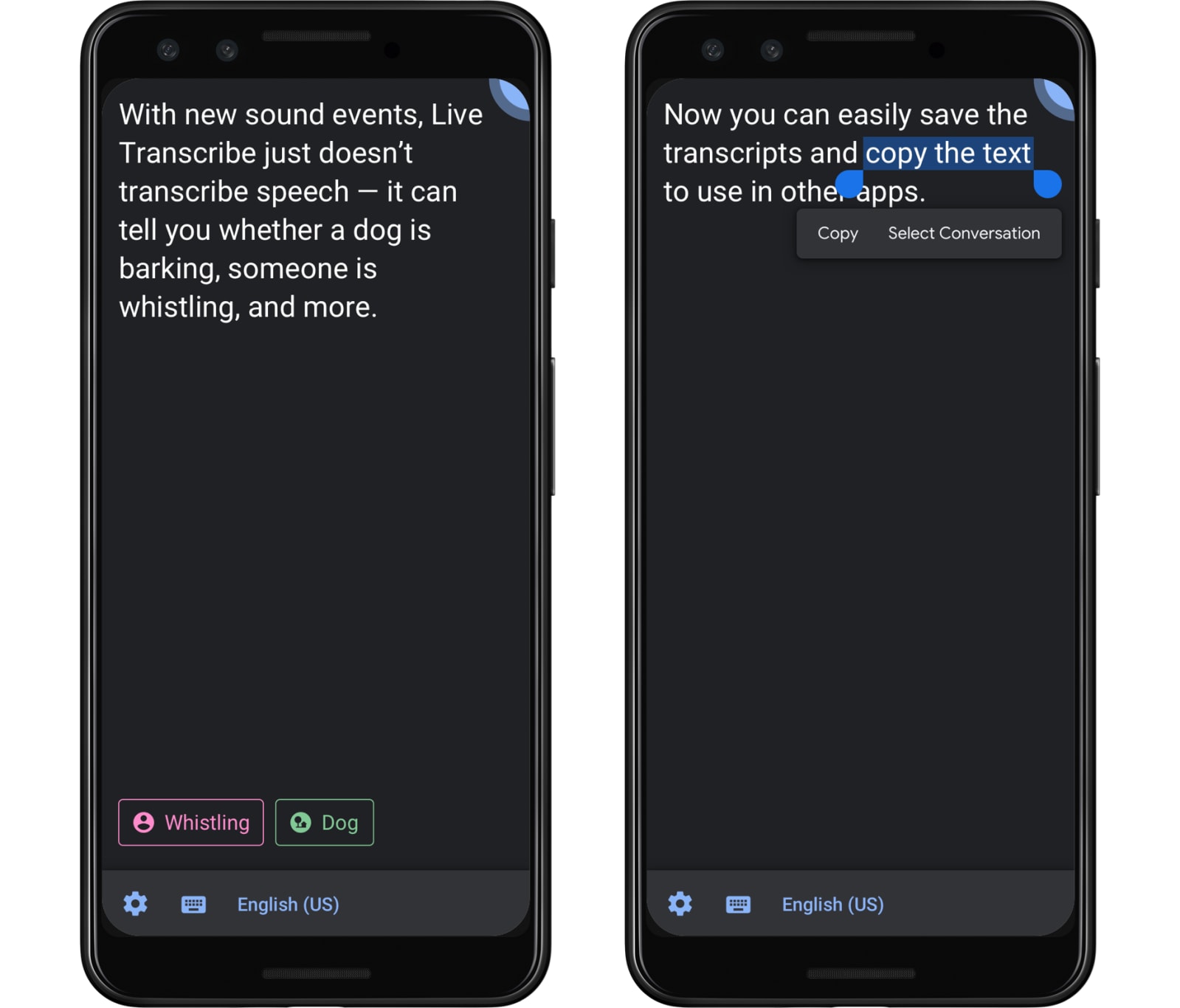 The new features will hit Live Transcribe next month, and the app is available on 1.8 billion Android devices. Google is mainly leaning on its cloud-based machine learning and speech recognition tech for the app, so it can easily run on less powerful phones.

This is an area where Google is also competing heavily with Microsoft, which reached near-human accuracy with its speech recognition engine in 2016. Since then, it’s brought similar transcription capabilities within Teams, Skype, and Office apps. Given the growing importance of voice controlled assistants and UI accessibility, expect to see tech companies focusing even more on accurate speech recognition over the next few years.