Commenting on the new data center, Andrey Kim COO and co-founder at Genesis Digital Assets, said, “We are aggressively expanding our operations in the United States and are excited to be able to officially announce this new data center in South Carolina.”

The announcement follows an active past 18 months for Genesis Digital Assets. Earlier this month, the company announced a new facility in Sweden, powered by 100% clean energy. In 2020, the company raised more than $550 million from investors including Paradigm, NYDIG, Stoneridge, Alameda Research, Ribbit, Electric Capital, Skybridge, and Kingsway Capital along with announcing one of the largest procurement deals in the history of the industry.

Genesis Digital Assets is one of the world’s largest and most experienced Bitcoin mining companies. Since 2013, the founders of the company have built over 20 industrial-scale mining farms, brought over 300,000 miners online, and mined over $1 billion in Bitcoin. Learn more at genesisdigitalassets.com. 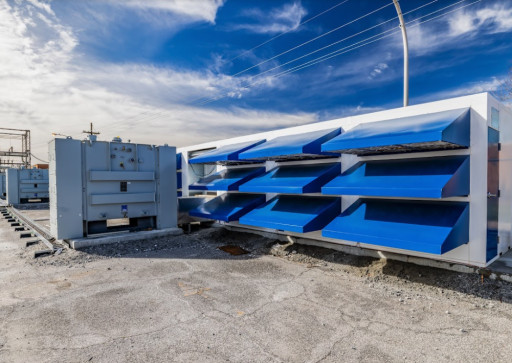 0Shares
Bitcoin FarmGenesis Digital Assets
Previous PostCoinscape Launches Cybersecurity FirmNext PostSpell Token: What Is It And How Is It Related To Abracadabra Money?