As the markets continue to languish in the aftermath of the coronavirus pandemic and the U.S. turns to Congress for agreement on an infinite stimulus package to salvage the economy, a new offer has come on the table. House Democrats at some point included a futuristic type of stimulus: the development of a ‘digital dollar’ and the establishment of ‘digital dollar wallets.’

In what might send shock waves throughout the entire crypto and blockchain sector, mostly for people following central bank digital currencies (CBDC) throughout the world, it shows that the United States is serious in establishing infrastructure for a CBDC. 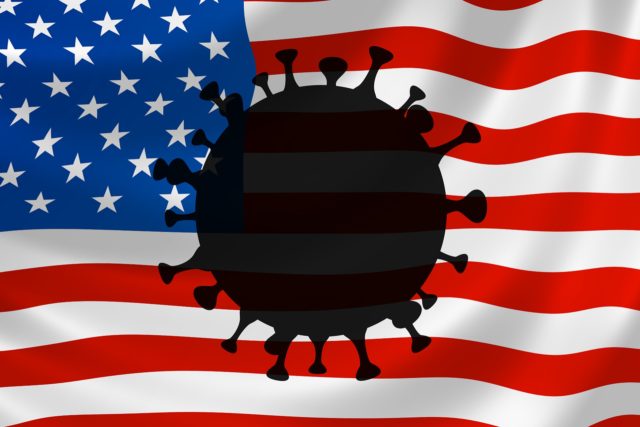 These digital dollar concepts were introduced by both the ‘Financial Protections and Assistance for America’s Consumers, States, Businesses, and Vulnerable Populations Act (H.R. 6321),’ by Chairwoman Maxine Waters of Financial Services Committee and Speaker Pelosi’s ‘Take Responsibility for Workers and Families Act.’

The bill established a digital dollar defining it as:

“a balance expressed as a dollar value consisting of digital ledger entries that are recorded as liabilities in the accounts of any Federal Reserve Bank or … an electronic unit of value, redeemable by an eligible financial institution (as determined by the Board of Governors of the Federal Reserve System).”

Furthermore, a digital dollar wallet is described as a digital account that is maintained by the Federal Reserve Bank on behalf of any individual or entity that represents holdings in an electronic device or:

“service that is used to store digital dollars that may be tied to digital or physical identity.”

The Federal Reserve banks would also avail a digital dollar wallet to any U.S. resident eligible for these payments as well. Moreover, the United States Postal Service will strive to assist the unbanked people and those with no proper I.D. in establishing their identity. The Postal Service will also help these individuals get a digital dollar account and set up ATMs for all their users to access the funds.

Public Interest Groups Have Their Say

The founder of Gattaca Horizons fintech advisory, a founding director of the Digital Dollar Project, and a former chief innovation officer at CFTC, Daniel Gorfine, said:

‘It is worth exploring, testing, and piloting a true USD CBDC and broader digital infrastructure in order to improve our future capabilities and resiliency, but it is also important that this effort not delay the government from deploying critical emergency funds using existing channels during this crisis.’

Although this crisis shows that it is essential for the U.S. to upgrade its financial system, implementing a CBDC widely will need time and impeccable coordination between the private sector stakeholders and the federal government.

Carmelle Cadet is the CEO and Founder of EMTECH, a modern central bank technology, and services company. The company is a technology provider in the world’s pioneer live retail CBDC with the Bahamas Central Bank known as the Sand Dollar. Cadetrecently launched a new initiative in the United States known as ‘Project New Dawn.’

This project aims to ensure that the unbanked and the underbanked will benefit from the COVID-19 economic stimulus payments. Referring to a 2017 FDIC report that said 63 million people are underbanked and unbanked in the U.S. she said:

‘If checks are the form of payment, the stimulus is not going to reach many of them. That would be approximately $100B underutilized of stimulus for lower-income householders.’

Nevertheless, the final version of the economic stimulus package presented by Speaker Pelosi for the House Democrats no longer comprises the U.S. Digital Dollar proposal. Yet, the language proposed by the Chairwoman Waters of the House Financial Services Committee still features this language.

'Fortnite' gets a bullet-stopping 'Kingsman' umbrella