0Shares
Contents hide
1 Highly anticipated: AMD has unveiled the world’s most powerful workstation processor, the Threadripper 3990X. It has 64 cores, 128 threads and boosts to 4.3 GHz on a single core up from a base clock of 2.9 GHz. It will be available starting February 7 for $3,990.
2 Related Reads

Highly anticipated: AMD has unveiled the world’s most powerful workstation processor, the Threadripper 3990X. It has 64 cores, 128 threads and boosts to 4.3 GHz on a single core up from a base clock of 2.9 GHz. It will be available starting February 7 for $3,990.

Even two 8280s running together in a dual-socket configuration can’t do much against the 3990X. During the presentation, AMD demonstrated a V-Ray workload from the recent Terminator: Dark Fate film, which the 3990X took one hour and three minutes to complete while the pair of Xeons took one hour and thirty minutes. They also quadruple the Threadripper in price.

Dr. Lisa Su made it clear that the 3990X wasn’t just a marketing stunt, but a product designed for a very specific niche between professional and server hardware. When companies require high core counts but don’t want to pay for enterprise features like dual-socket compatibility or 4TB of RAM, the 3990X is the only option.

“We will take every core you give us, thank you very much!”

AMD also provided a Cinebench R20 score during their presentation, which we’ve combined with TechSpot data in the following graph. It scores 49% higher than the 32-core Threadripper 3970X. 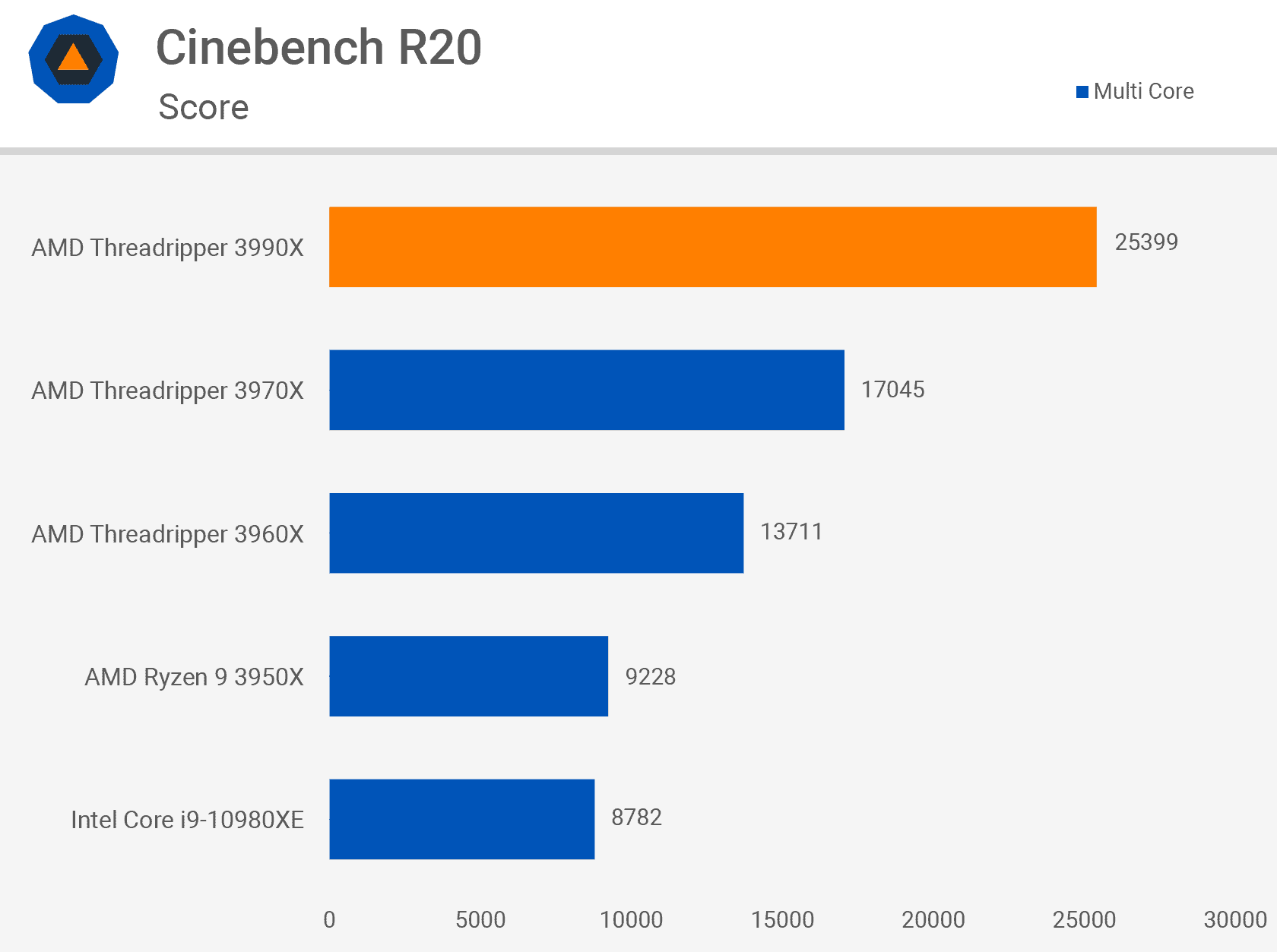 At an MSRP of almost $4,000 the Threadripper 3990X is the most expensive non-enterprise processor AMD, or even Intel, has ever released and it’s not exactly great value. But it is goddamn awesome.