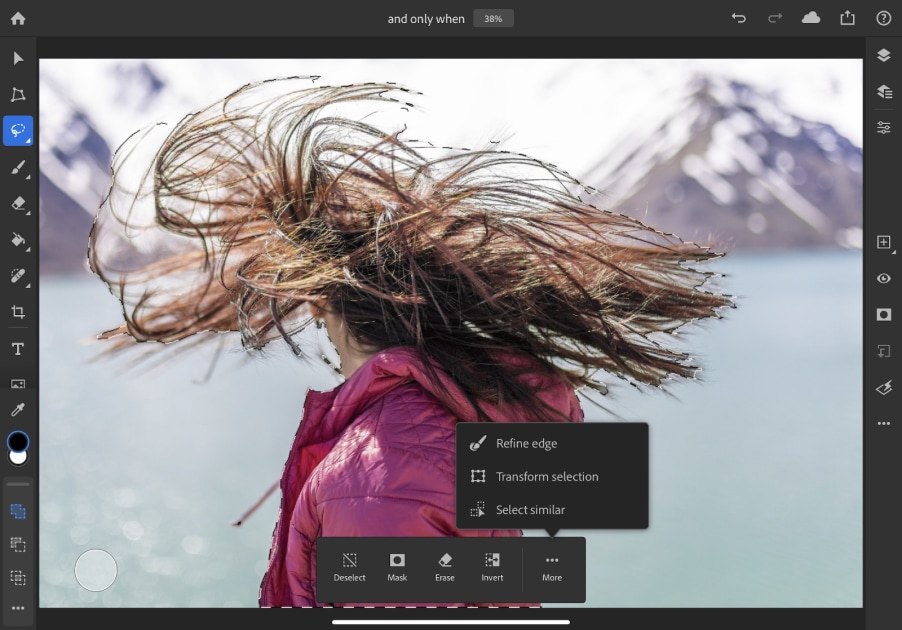 “Every day we hear from customers about how they enjoy editing images with Photoshop on iPad to get ‘closer to the pixels.’ Because precise pixel selection is fundamental to achieving realistic results, we’ve placed extra attention on bringing this feature to life on the iPad to make it sing with pencil and touch.”

The Head of iPad Engineering for Adobe told Clark that “[t]ons of real-time calculations occur behind the scenes to isolate and select the right pixels” and that the team worked hard to make it as “performant as possible.” They’re already working on improving Refine Edge further, though, and will roll out enhancements with the next release.

The company first announced that it was bringing Refine Edge to the iPad late last year when it revealed how it plans to improve Photoshop for the platform. Users haven’t been happy with the iPad version’s limited features and have been asking for the tools they’re used to on desktop. Since then, Adobe has brought Select Subject, Object Selection, type settings and other desktop-quality tools to the iPad.

In addition to Refine Edge, Adobe has also introduced a two-finger rotation gesture that lets you rotate the canvas and zoom in at the same time. The rotation can snap at 0, 90, 180, 270 degrees, but you can switch off both snapping and rotation itself in settings.