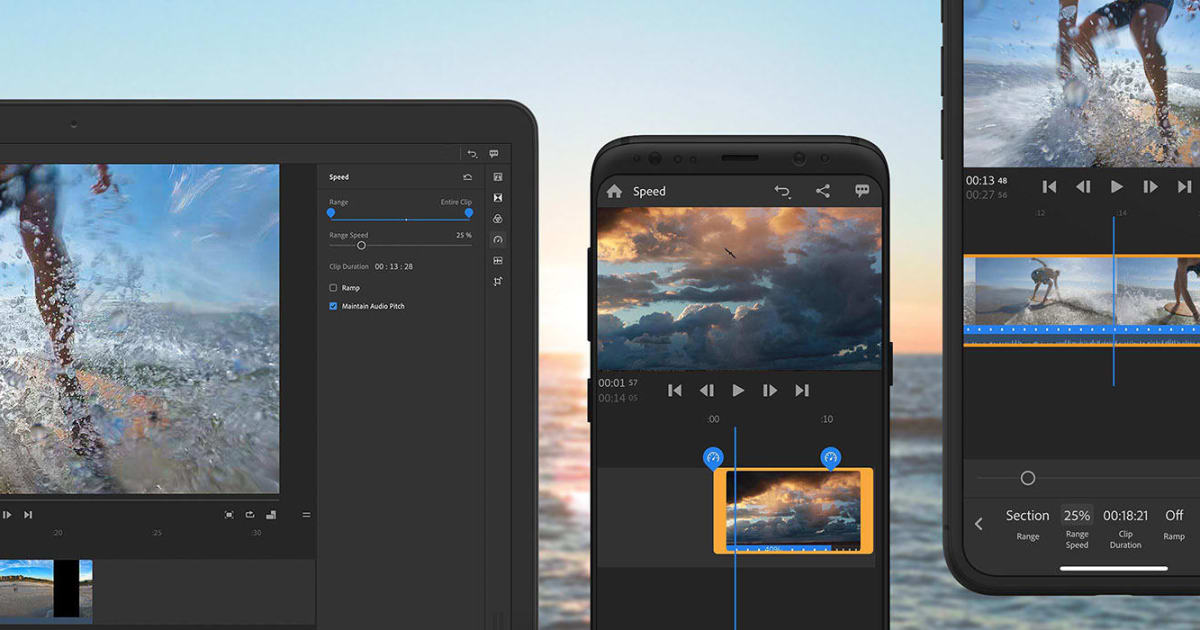 If you need even more granular control, Adobe said that Premiere Rush CC is the first mobile video editing app with speed ramping, though Muvee might beg to differ. In any case, that feature (shown above) will let you progressively change the speed of a clip from fast to slow or vice-versa, Matrix style, without a lot of hassle.

Other features include duration adjustments and pitch control. The latter lets you keep the original pitch of a speaker when you slow them up or down, so they don’t sound either like Mickey Mouse or James Earl Jones on Quaaludes.

Rush first launched on iPhone, but is now available on Android, iOS and desktop. However, it seems to be more stable on iOS, judging by Play Store comments, so hopefully Adobe has improved that. It doesn’t come cheap, either — while you can test Rush CC for free, you can only export three projects. After that, you’ll need to get an Adobe Creative Cloud plan starting at $10 per month.