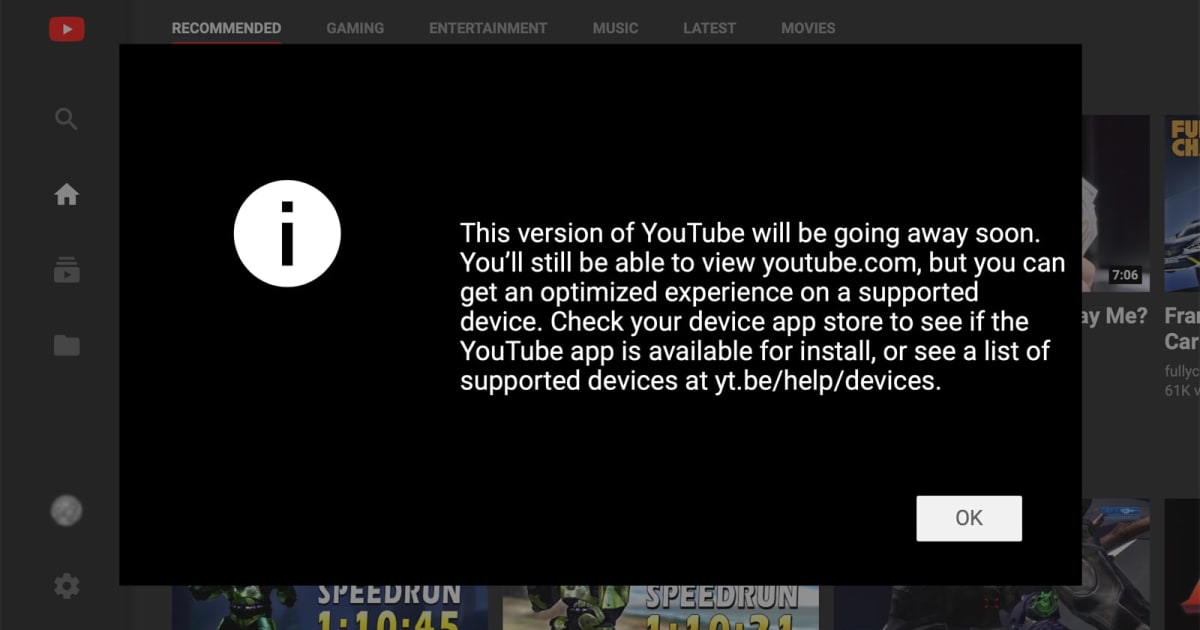 It’s not clear at this stage why YouTube might pull the web app. Android Police speculated that this could be an attempt to discourage device makers from circumventing its app through a browser. However, it could also just be a matter of shifting company resources as the web version becomes less and less necessary. Many people now have access to smart TVs, consoles and media hubs with a largely identical interface. In those cases, the web version is redundant. This could help YouTube pour more effort into native apps.

0Shares
gearGoogleinternetlean backstreamingwebyoutube
Previous PostHybrid heats up as a semi-cloud approach to data security and business continuityNext PostSatoshi Nakaboto: ‘Bitcoin should be worth $100,000 right now, according to John McAfee’