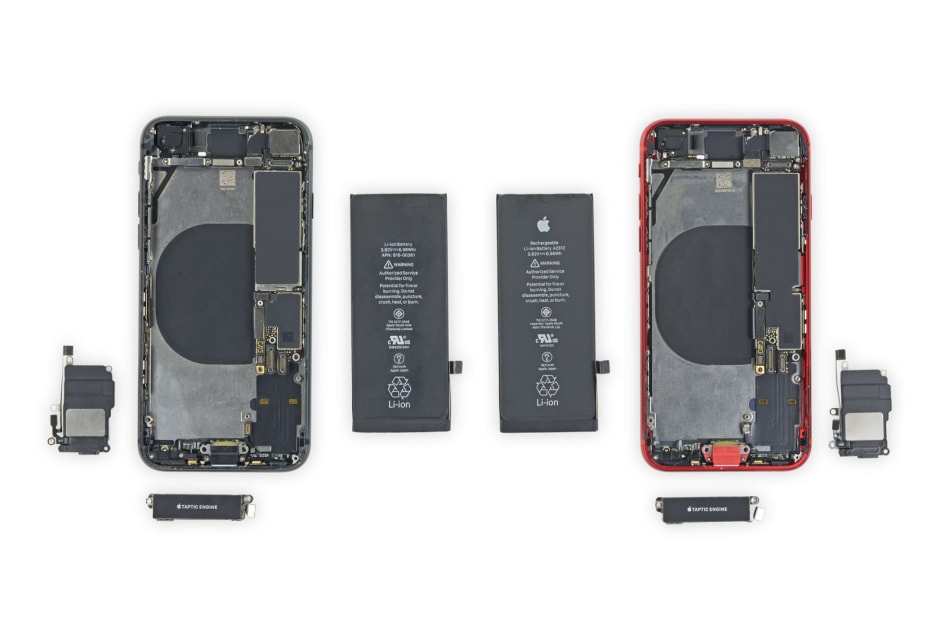 It’s cliché to say the new iPhone SE is a recycled iPhone 8, but how many parts do the two share in common, really? It’s at once more and less than you think. iFixit has tried swapping parts ahead of its customary teardown report, and it’s clear that you can use some iPhone 8 parts in the SE without trouble. The cameras, display assembly (including the mic and proximity sensor), SIM tray and Taptic Engine will all work in the newer model, at least so long as you don’t mind losing True Tone color adjustments. However, there are a few swaps you’ll have to rule out — and not just obvious ones like the processor.

As in the past, you can’t replace the Touch ID button from another iPhone. Apple and authorized repair shops have to do that. You’ll also have to forget about replacing the battery. While the lithium-ion packs look very similar, the SE is using a new connector. It wouldn’t be an option even if you could get around the “not a genuine Apple battery” warning, then.