XRP surged on November 24 reaching highs above $0.90 on Coinbase. However, when the crypto exchange announced that it would suspend all margin trading, the XRP price experienced a flash crash and it is currently trading at $0.661567 losing over 6% in the past 24 hours.Currently, the XRP bulls are defending the $0.65 handle with market fundamentals indicating that the coin may rise in the near-term.

On November 21, Ripple’s XRP became one of the best performing cryptos. The bulls took full control of the XRP price action after the coin surged above its persistent trading range between $0.20 and $0.30.

It is now going parabolic with the XRP bulls replacing recent under-performances with upside price actions as they aim to sustain its move above $0.65. At the time of writing, the third-biggest cryptocurrency was trading at $0.532453 which is a 24% gain in the last 24 hours.

XRP seems to have encountered some resistance near $0.54 and it appears to be consolidating before the next price action. The resistance may weigh on its ascent and the crypto may cool off in the short term. 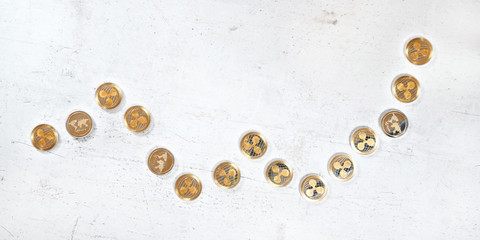 Interestingly, there is no fundamental driver behind the latest upswing. The crypto still has no adoption and it also has a significantly long way to go before its valuation gets fully justified.

The ongoing resurgence in the crypto market might likely direct more corporates to the market. With more corporates and institutions coming in, Ripple will find it easier to direct potential clients to their XRP-related products.

Some traders are expecting further upside for the token, targeting $0.56 in the near-term. That would be an 8% surge from its current price and it might be the level it will rise to before finding a strong resistance.

XRP has experienced a rough patch in the past several years. During the time, the crypto had been caught up in an intense bout of sideways trading that was experienced in the entire market.

Where the crypto goes in the mid-term may majorly depend on its reaction to the current breakout. Some traders might consider it as an exit chance which will weigh heavily on the market with intense selling pressure. 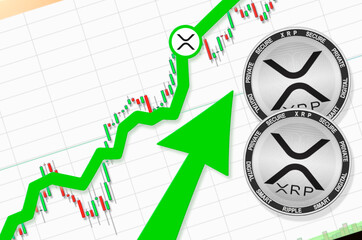 Over the weekend, the XRP price surged from the high $0.30s to the current level of around $0.53. Sustaining its strength above this level might create some significant upside momentum for the crypto in the middle-term.

One analyst thinks that the token has more room left for further gains in the short-term. Over the weekend, he was reviewing the $0.46 level saying that it was the next major resistance that the token would face when it was trading at $0.41.

“XRP update: I love it when a trade works out as quickly as that. I think we’ll see a pullback into 0.38c from here followed by another leg in 0.46c.”

The crypto managed to break resistance at $0.46 and $0.50 and currently seems to be looking higher. One engineer at Microsoft who doubles up as a prominent crypto-asset analyst, Joe McCann, recently said via telegram that the XRP price just recorded a bullish MACD crossover. The Moving Average Convergence Divergence indicator tries to show any asset’s trend.

McCann believes that the current rally is a sign that the coin will move higher in the future. But, he never pointed out on which time frame did the MACD make the positive crossover. Many other analysts also think that the token will surge further since it broke out of macro downtrends that had compressed it for several years.

The coming few days will determine whether XRP will surge further or the current rally will get heavily sold into. How high XRP will go is not yet determined but may believe that the bulls have the power to take it higher even in the middle-term.

For now, every trader and crypto enthusiast is watching the XRP price keenly awaiting its next price action. With the altcoin season seemingly kicking in, many expect that this market will gain and push the token’s price to new highs.