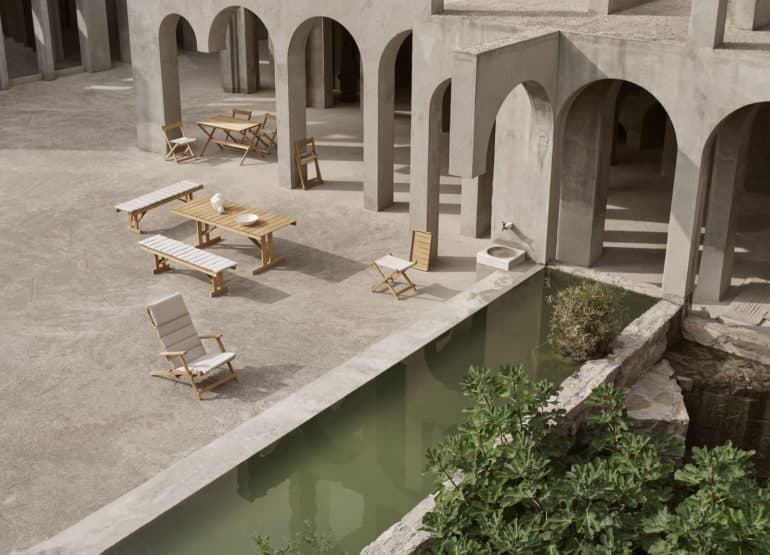 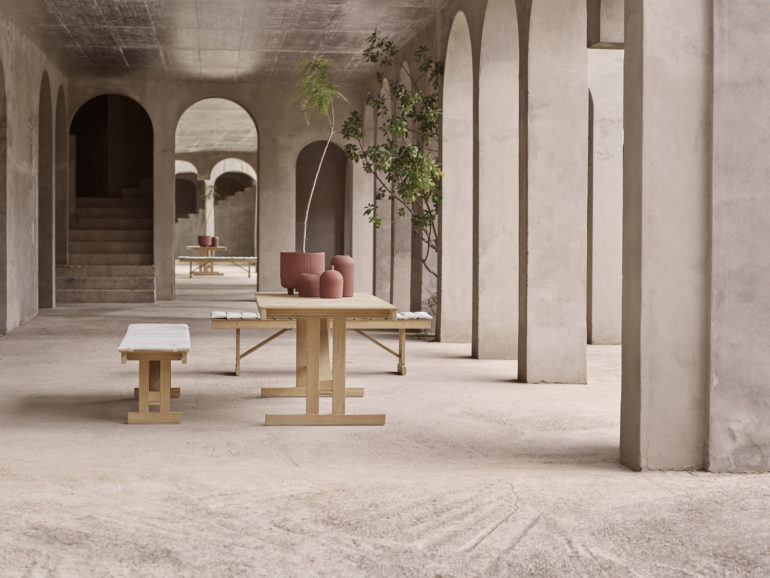 “In 1968, the popular Catalon sculptor Xavier Corbreró acquired land in the neighborhood of Esplugues de Llobregat on which he started building his unconventional villa. After a lengthy construction process, the 4500-square-meter mansion is today a maze spread over nine interconnected buildings with about a dozen courtyards nestled among more than 300 archways. Within these labyrinthine spaces, Carl Hansen & Søn and Hans J. Wegner’s vision, craftsmanship and everlasting design dialogue with Cobreró’s universe in an almost metaphysical stunt, as if a surrealist painting by began interacting with Nordic design. 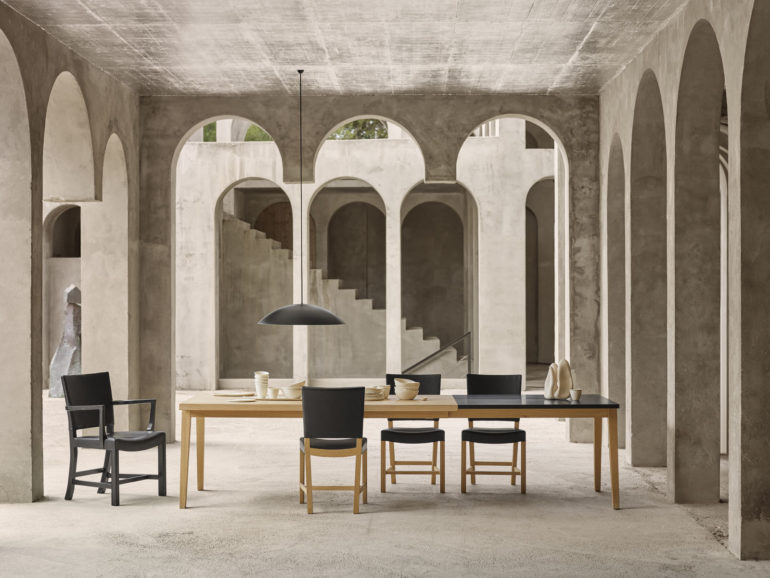 The organic shapes of Wegner here play with architectural elements with its rational forms and play of light and shadow. Here, we incorporated a globally admired icon – the CH24 Wishbone Chair – as the center of gravity in a surreal setting. Considered one of Wegner’s masterpieces and a symbol of Scandinavian product design, it is here in symbiosis with Cobreró’s idea of living: Two masters, the Catalan artist and Wegner, getting acquainted for the first time and coalescing.

The dramatic architectural backdrop of Cobreró’s villa provide an interesting, global perspective on our portfolio of iconic Danish furniture, highlighting qualities of craftsmanship, natural materials, and Danish tradition through the lens of an international audience.” 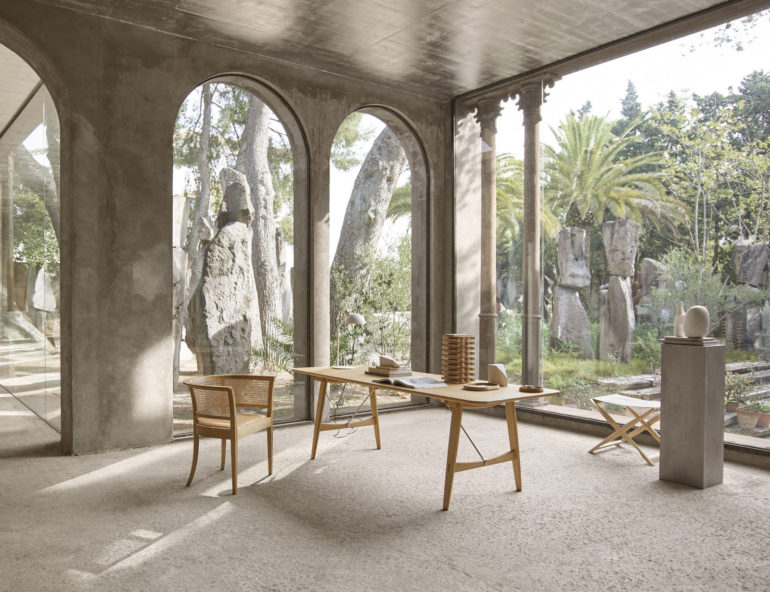 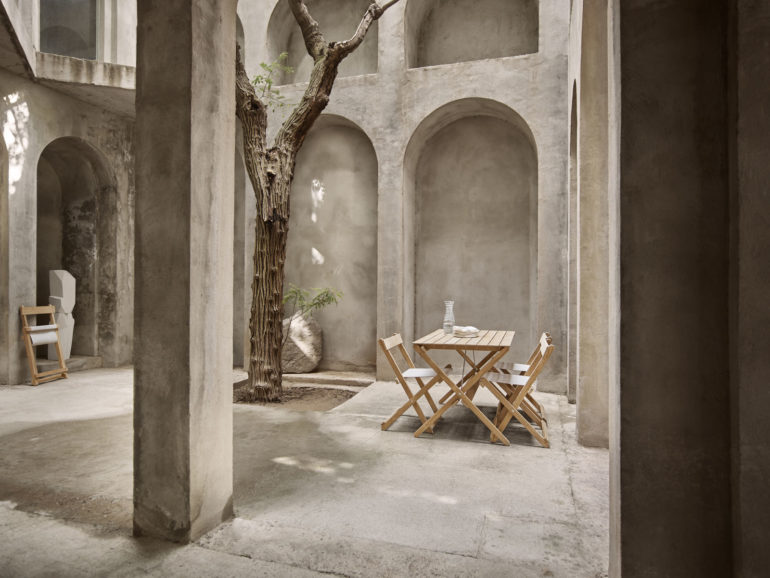 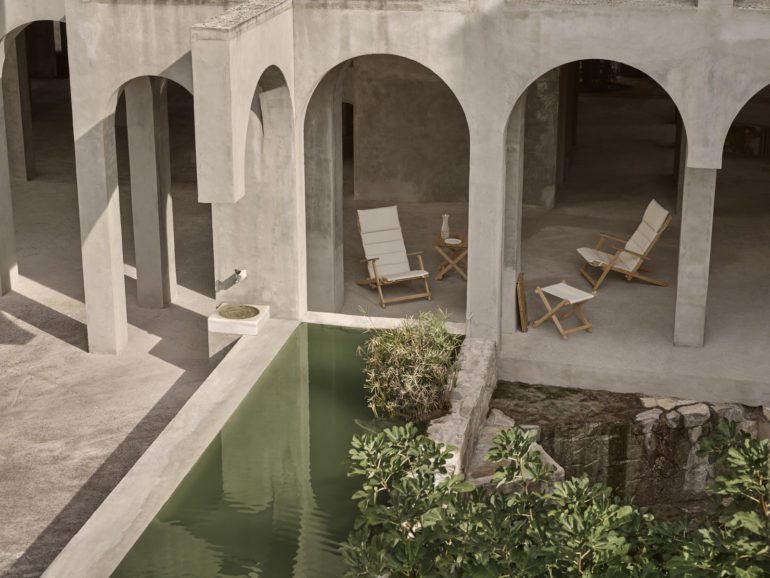 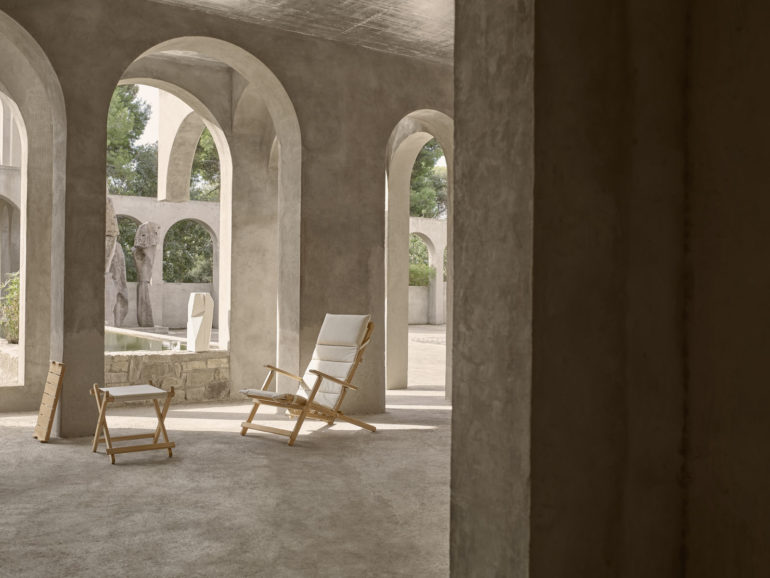 “Imagery transports the viewer into a universe, inviting them to explore the senses through cues of material, texture, light and shadow. Xavier Cobreró’s villa has a striking visual quality that draws the eye in; the architectural elements of the space combined with the neutral color palette of its materials – the floors and walls almost blending into each other – provide the ideal backdrop for bringing out the organic qualities of Carl Hansen & Søn’s furniture.” 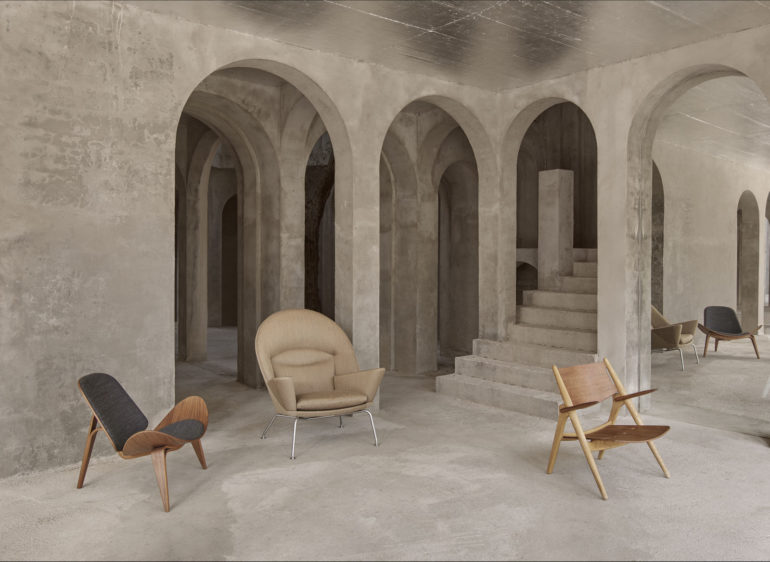 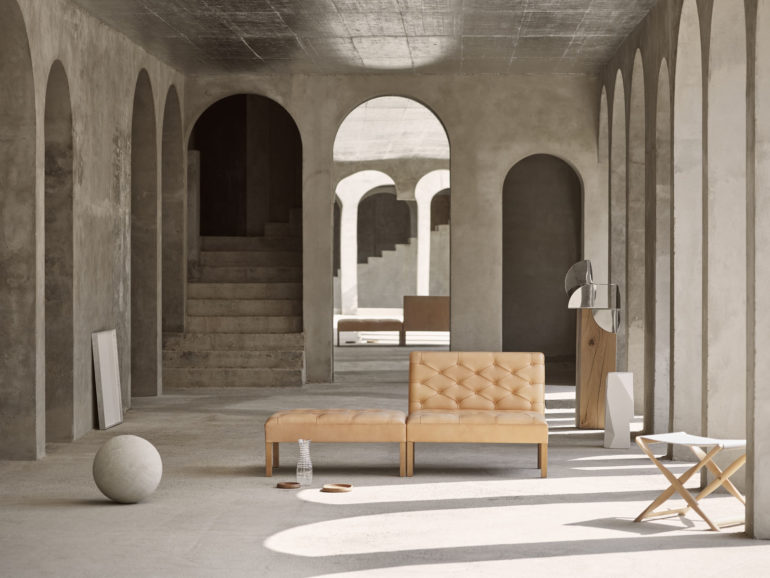 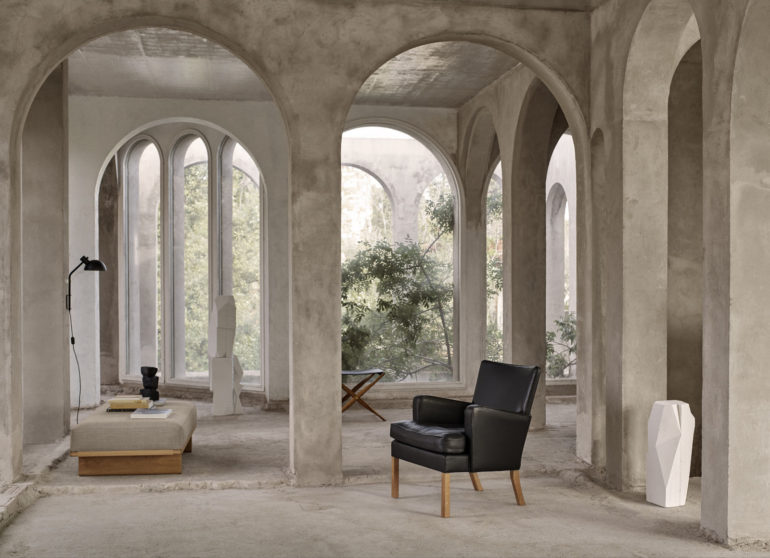 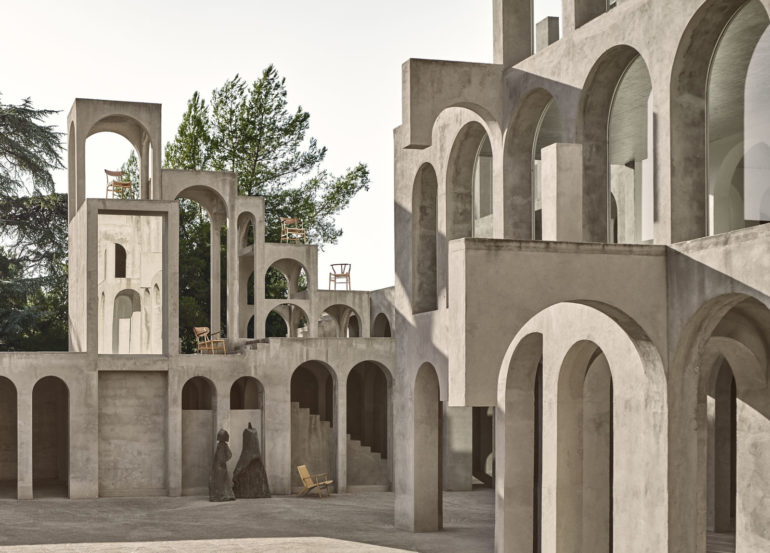 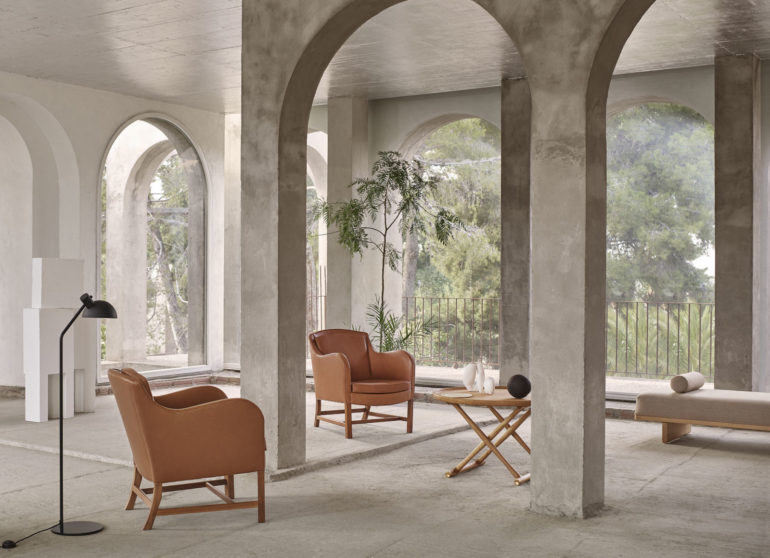 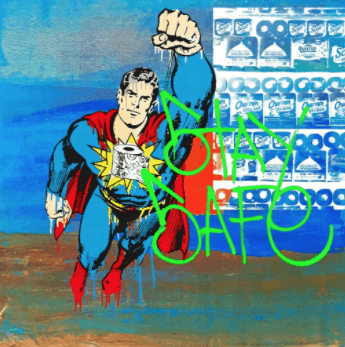 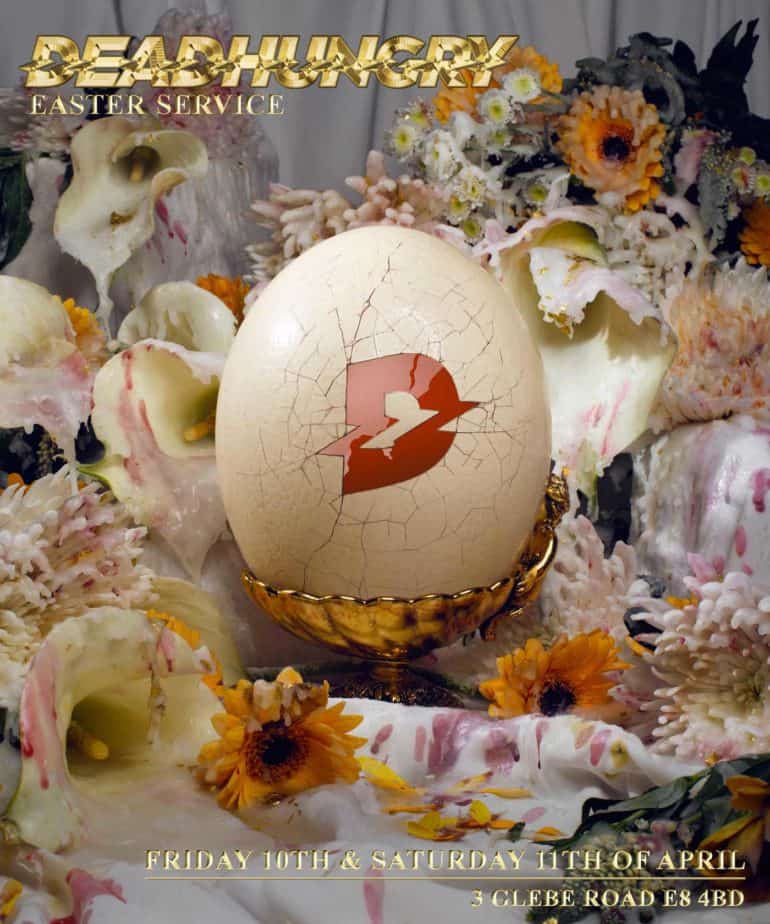 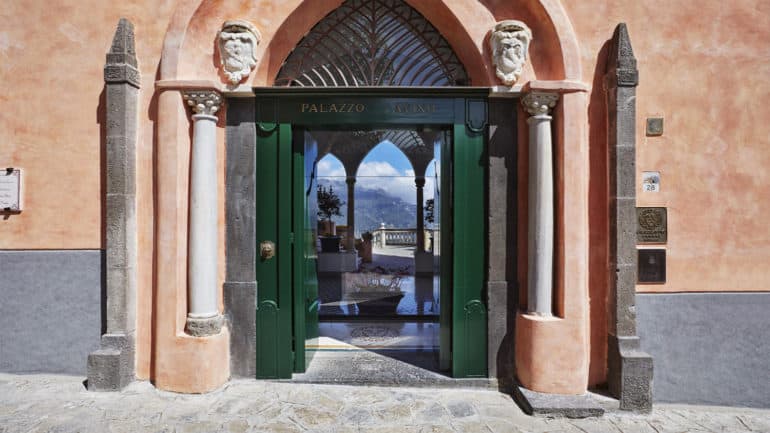