In brief: Gamescom 2020 has finally arrived, albeit in digital form, and it’s already brought a host of exciting announcements — we’ve seen game reveals, trailers, and gameplay clips galore. One of the most notable unveilings, though, was a release date for World of Warcraft: Shadowlands, the latest paid expansion to the 15-year-old MMORPG.

Shadowlands was first announced in November 2019, alongside an explosive cinematic trailer that set the stage for the expansion’s content. It’s been in active development ever since, though the process has been slowed somewhat by the onset and spread of Covid-19.

Regardless, Blizzard has finally made enough progress on the expansion — with the help of the community — to give us a launch date: Shadowlands is hitting the Battle.net store on October 27, 2020. That’s only a couple months away, but it should give Blizzard ample time to get some last-minute balance tweaks and bug fixes in.

Shadowlands, in case you haven’t been keeping up with it, will take the MMO’s player base to Azeroth’s (the fictional universe in which WoW takes place) afterlife. Players will visit four main zones in Shadowlands, each of which is home to different types of souls. Those who lived noble and honorable lives in Azeroth will be funneled to Bastion, an angelic, heaven-like domain with clear blue skies and pristine architecture. Maldraxxus, on the other hand, is a “war-torn” zone where Azeroth’s warriors, necromancers, and abominations reside.

Ardenweald is a mystical enchanted forest ruled by beings known as the Night Fae, and it’s home to the souls of Azeroth’s nature-loving druids. The final major zone, Revendreth, is a zone filled with gothic buildings, dark clouds, and vampires: here, you’ll find the prideful and flawed. For a taste of that first zone, Bastion, check out the newly-released “Shadowlands Afterlives” animated short, which focuses on the afterlife journey of legendary Paladin Uther the Lightbringer. 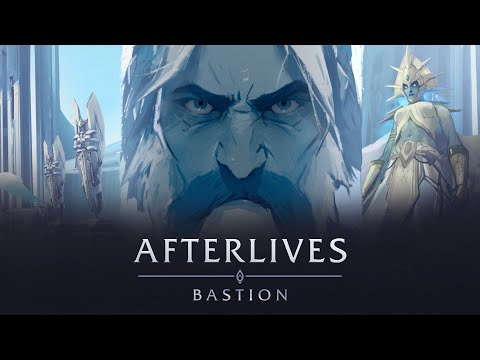 Like other WoW expansions, Shadowlands will feature dozens, if not hundreds of hours of fresh content, including new quests to tackle, new dungeons to delve into, and, eventually, new raids to conquer with the help of your friends. For more details about the new features that Shadowlands will bring — such as its character creation overhaul, reset level cap of 60, or its fresh new “Covenant” system — check out the official expansion website.

If you already know what to expect, or just want to go in blind, you can pre-order Shadowlands for $40 today. Bear in mind that you’ll also need an active subscription for the game, which will run you about $15 per month.