In brief: Do you enable Game Mode in Windows 10 to improve your gaming experience? You might want to disable it, as the feature is reportedly causing issues in several different titles.

Introduced with the Creators Update back in the Spring of 2017, Game Mode is designed to improve gaming performance by isolating CPU resources that can be devoted exclusively to optimizing a game. It also limits background tasks and gives games more GPU cycles, all of which are supposed to bring a minor boost, though this is more noticeable on lower-end systems.

But according to several user reports on Reddit (via Guru3D), Game Mode is having a detrimental effect on some titles, causing problems that include lower FPS counts, stuttering screens and freezes. It’s been found to affect games such as Call of Duty: Warzone and League of Legends.

The problems aren’t restricted to a particular type of graphics card, either. Users with both Nvidia and AMD products have been affected. Gamers with a Radeon RX 5700 XT, RX 570, RX 480, and R9 29 are finding the issues, while those with the GeForce GTX 980 and GeForce GTX 1080 Ti have also been hit. 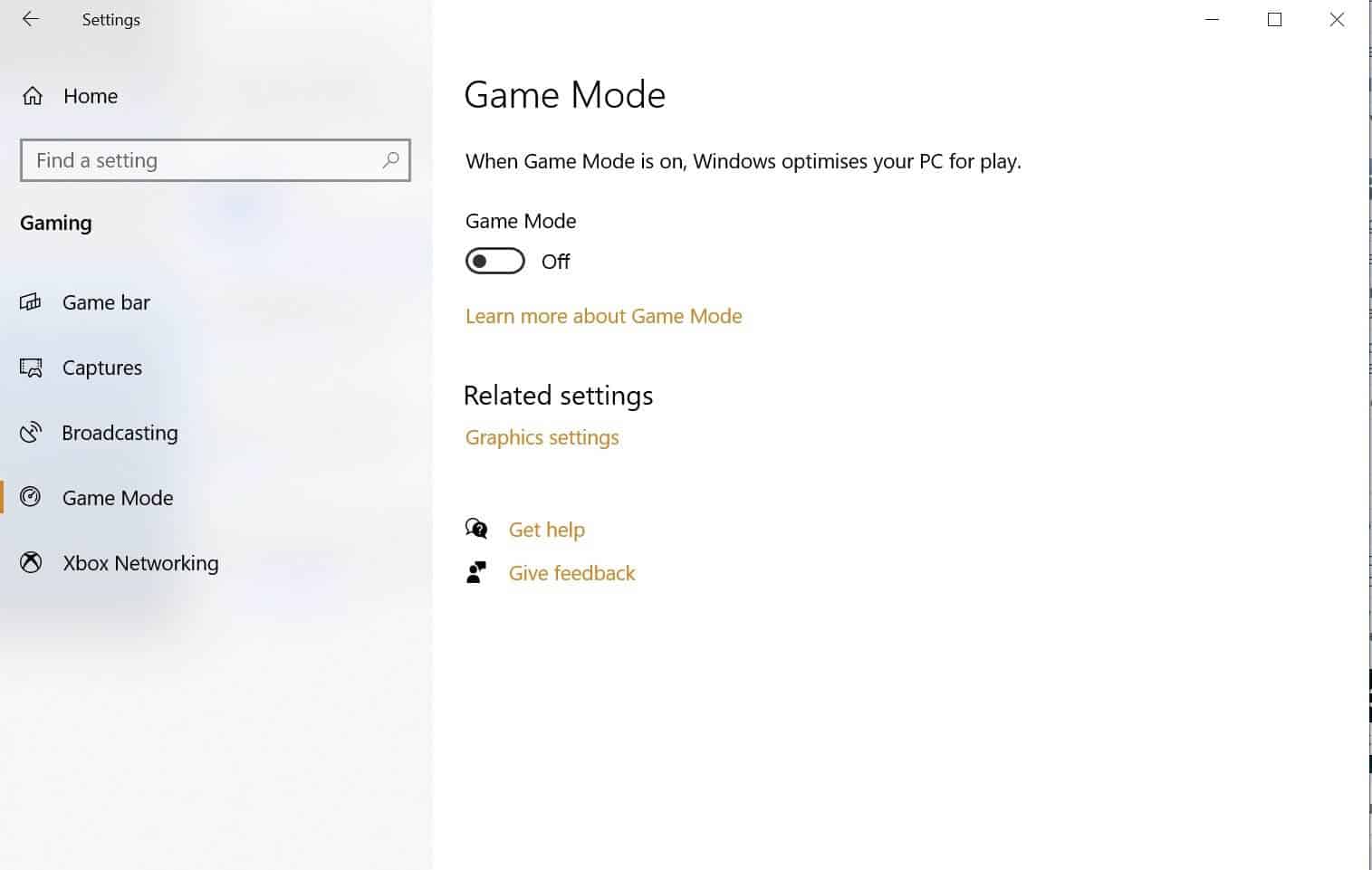 It’s unclear how many users are experiencing problems, but turning off Game Mode is simple if you want to see the effect. For those who don’t know how, just open the Settings menu by clicking on the Start Menu and the cog icon. From here, select the Gaming icon, then Game Mode, and use the toggle to disable the feature. Or you could just type ‘Game Mode’ in Windows Search. If you have been affected by stuttering and freezing issues, this could fix them.