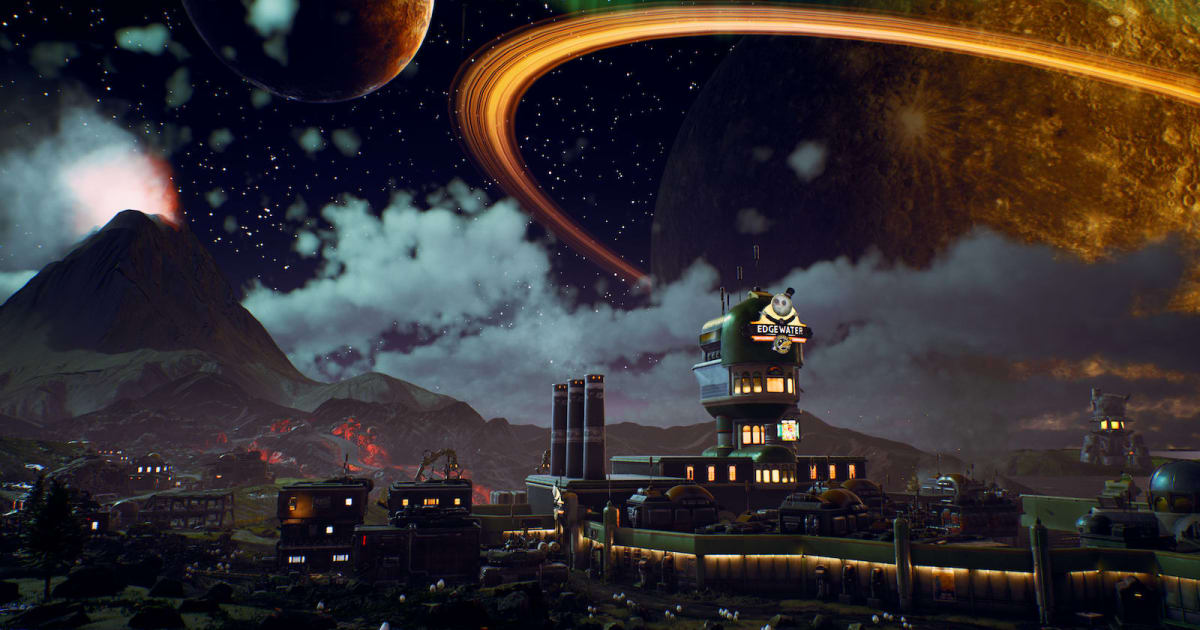 Starks cites the TV show Firefly, the film Brazil and the Coen Brothers as part of the team’s inspiration. David Williams, lead systems designer at Obsidian, said Wes Anderson films like The Grand Budapest Hotel and The Life Aquatic with Steve Zissou lent their whimsy.

The juxtaposition of dark apocalyptic moments and biting satire made New Vegas feel like a living world a player desired to inhabit. From observing gameplay at E3, The Outer Worlds has the same allure, right down to the puns and quips. It doesn’t just tickle you for escapism, but it creates levity in a potentially grim world in danger of taking itself too seriously.

Part of the fun comes from the protagonist — you — subverting the rules of a rigid, corporate world. “The player is not trapped in the same oppressive system that other characters in the game are, because you’re coming from outside of the colony,” Starks said.

What Starks brings to the writing team skews towards the darker, violent side of the comic spectrum. “Part of why I got hired was because I usually play chaotic-evil in RPGs,” she said. One example: A smarmy character in The Outer Worlds‘ Fallbrook that either wants to con you or recruit you in his con. He keeps winking your way. “You can basically punch him in the eye,” Starks said. “If he does it again you can punch him in the other eye.”