Cryptocurrency fans in the United Kingdom can hunt for hidden VBK while learning about VeriBlock’s novel eco-friendly technology that secures the world’s blockchains using Bitcoin.

GEORGE TOWN, Cayman Islands, Nov. 10, 2021  — Through a first-of-its-kind partnership, Coin Hunt World! and VeriBlock® have teamed up to let people in the United Kingdom explore their neighborhoods and discover hidden VeriBlock treasure.

The VeriBlock blockchain uses its novel Proof-of-Proof® (PoP®) consensus protocol to deliver a Decentralized, Trustless, Transparent, and Permissionless (“DTTP®”) means for the world’s blockchains to inherit Bitcoin’s PoW security in an energy-efficient manner. The Coin Hunt World! mobile geo-location game lets its tens of thousands of “hunters” worldwide earn cryptocurrency by exploring the world around them.

From Nov. 8-15, hunters in the United Kingdom will be able to find and solve vaults located on the Coin Hunt World maps and earn VBK, VeriBlock’s native coin. “Blue” vaults will drop up to $0.10 USD of VBK, as well as other cryptocurrencies. Special “green” vaults will ask a question about VeriBlock and drop up to $2.00 USD of VBK.

The event is the first partnership between Coin Hunt World! and a blockchain project. The goal, both company’s leaders said, is to give people a fun, interactive way to learn about the VeriBlock project while finding keys, unlocking vaults, and discovering hidden treasures.

“With the constant threat of 51% attacks, security is more vital than ever,” says Justin Fisher, Co-Founder and CEO of VeriBlock. “Partnering with Coin Hunt World! provides a great way for people to learn about VeriBlock’s novel technology in a fun and approachable manner.”

Coin Hunt World! is available on Google Play. A closed beta version is available for iOS on the Apple App Store.

The VeriBlock Foundation is a Cayman Islands nonprofit committed to increasing awareness and adoption of the VeriBlock® Blockchain and its Proof-of-Proof (PoP®) security protocol. VeriBlock inherits security from Bitcoin in a completely Decentralized, Trustless, Transparent, and Permissionless (“DTTP®”) manner, following the same attributes that made Bitcoin great and allows any other blockchain to reinforce their existing security with the full Proof-of-Work power of Bitcoin in the same manner. To learn more, you can join the project’s Discord or follow them on Twitter. 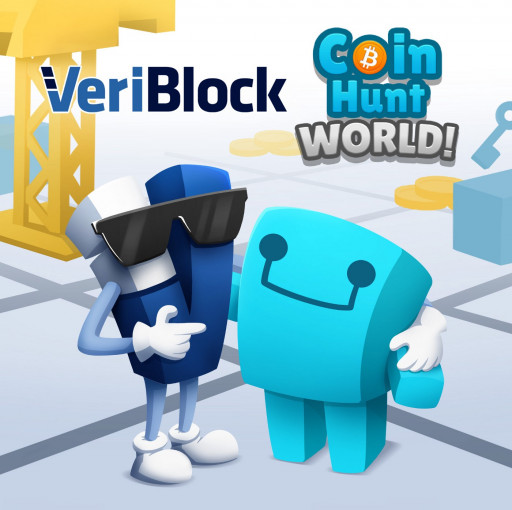