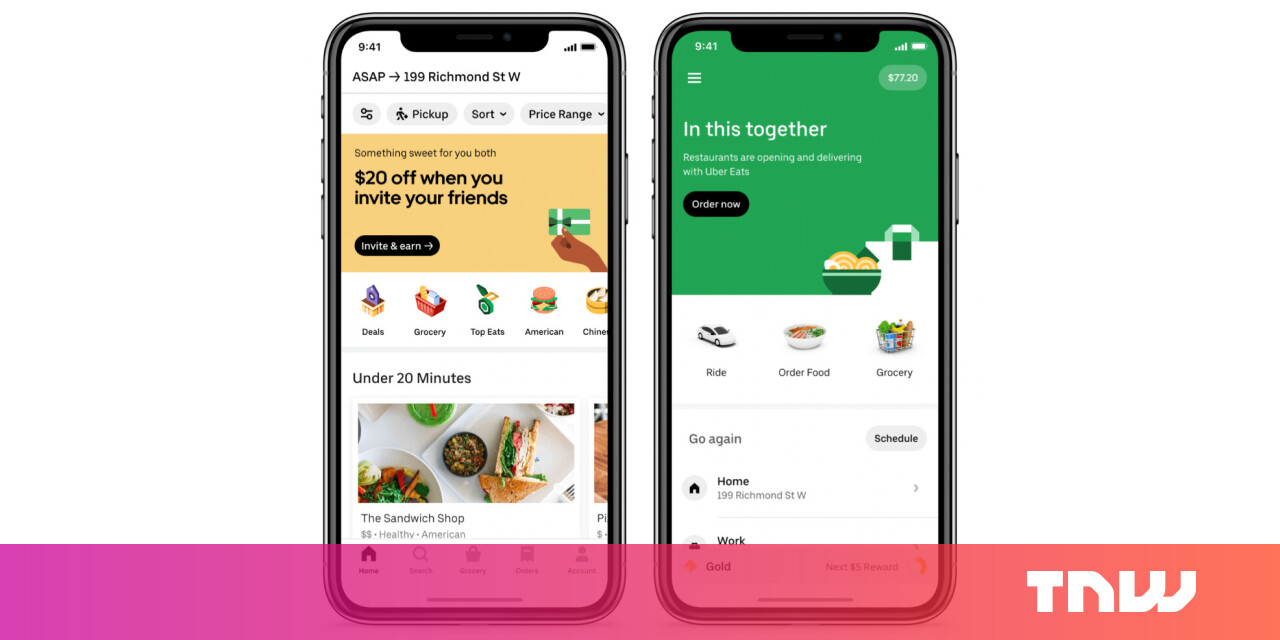 I never appreciated food delivery services and workers as much as I did during the outset of the pandemic, but now there is another contender entering the fray: Uber.

The rideshare giant today announced it had begun rolling out a grocery delivery service in a few Latin American and Canadian cities, with plans to launch in Miami and Dallas “later this month.” Uber Pass and Eats Pass subscribers in those two American cities will also get free delivery on orders over $30. The grocery option shows up right in the Uber app next to the ‘Ride’ and ‘Order Food’ buttons, and because we’re living in the age of coronavirus, you can request a no-contact delivery.

The service was created in partnership with grocery delivery startup Cornershop, which Uber bought in October. Uber is entering a crowded market, at least in the US, with the likes of Amazon Prime Now, FreshDirect, and Instacart to compete against. But Uber says it’s seen a 197 percent increase in grocery and convenience store deliveries since March, so it’s no surprise the company is trying to capitalize on this surge. Uber‘s grocery service is kicking off in Brazil, Chile, Colombia, Peru, and Canada to start, but the company plans to add new features and cities “over the coming months.”

0Shares
AppsInsider
Previous PostCharles Chiang, President and CEO of MSI, Passes Away at 56Next PostSynaptics To Buy Broadcom’s Wireless IoT Business For $250 Million