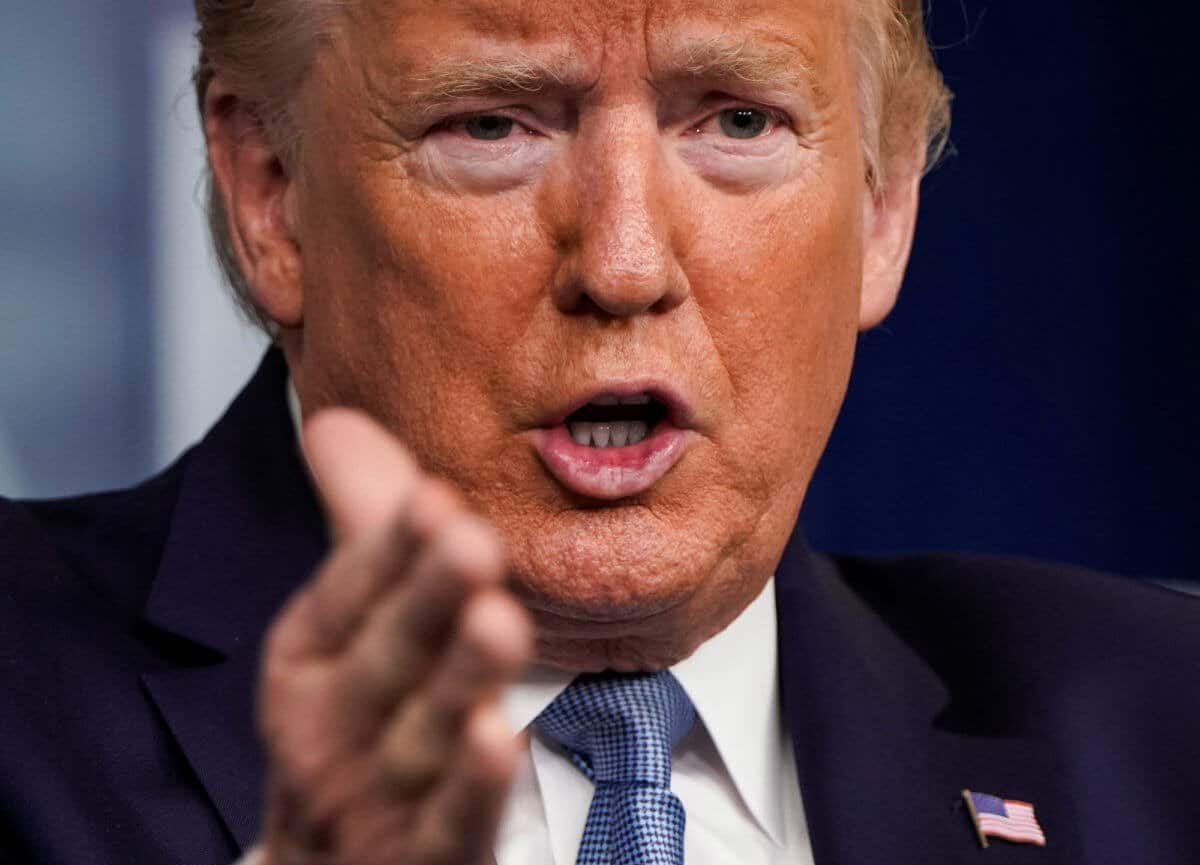 This past week President Donald Trump suggested he’s “a wartime president” and referred to coronavirus as an “invisible enemy.”

…reminds me of 9/11, where one moment, which was inconceivable, just changed everything.

Children who were young at that time, but of school age, watched on TV. They didn’t know if their parents were coming home. I think it changed their whole outlook on life after 9/11.

The comparisons to 9/11 are interesting.

Because back then the refrain was don’t let the terrorists win by giving into fear. On Oct .11, 2001, President George W. Bush said (Video | Transcript):

The American people have got to go about their business. We cannot let the terrorists achieve the objective of frightening our nation to the point where we don’t conduct business. Where people don’t shop. That’s their intention.

Giving in to fear would have given the terrorists what they wanted by fundamentally transforming our way of life predicated on individual freedom. But that’s exactly what we did anyway (Patriot Act, NSA wiretapping dragnet, TSA canvassing of airline passengers, constitutionally questionable trillion-dollar wars).

Today, the U.S. has essentially put most of the civilian population under house arrest. The drastic coronavirus containment response has demolished the ability of many to make a living.

The highly coordinated state, local and Trump Administration response has likely lost millions of their jobs. Americans will not put up with this for very much longer. If things don’t get normal soon, there could be mass civil unrest.

As gun sales surge faster than coronavirus cases, police in Minnesota and Oklahoma are preparing for mass civil disorder. The U.S. military is even preparing to quell civil unrest.

A former commander of U.S. NORTHCOM told Newsweek there could be martial law in the U.S.:

It’s unfortunate that talk of defense support of civil authorities, civil disturbance operations, and martial law are contained in the same documents. We certainly don’t want to muddy the waters by suggesting that martial law is easy or a continuum.

Perhaps the only way to prevent mass civil disturbance is to buy everyone off with federal relief checks. But to do so, a nation already leveraged to the hilt with record debt at every level will have to borrow against the future.

Eventually, we will have to reckon with the consequences of a nation with record debt not working for an indefinite period of time.

The other solution would be to follow the lead of Singapore and South Korea and let America work again.

South Korea is winning high praise for its fight against coronavirus… and setting a standard that many experts say the United States should follow. -CBS Evening News

Despite being hard hit by a coronavirus, South Korea has had low death rates from COVID-19 compared to other countries. Singapore’s is even lower, reporting its first deaths just this Saturday, out of 385 confirmed coronavirus cases.

Yet neither of these countries enacted the United States’ drastic society-wide lockdowns of business as usual to contain coronavirus and lower death rates. Singapore has not enacted these lockdowns or stay at home orders. Neither has South Korea.

South Korea is a democratic republic, we feel a lockdown is not a reasonable choice.

Meanwhile, Italy, which has enacted a nationwide lockdown, is suffering from a staggering coronavirus death rate. This strongly suggests lockdowns are not as effective at fighting coronavirus as they are at the wholesale destruction of our economy.

That’s because community activities might not spread coronavirus, as the WHO suggests:

But if we allow the economy to continue crashing with mass inactivity and disruptions, there will be funding cuts to hospitals just like there were in the Great Recession. Many lives will certainly be lost. This isn’t a precaution. It’s the kind of panic terrorists can only dream of creating.