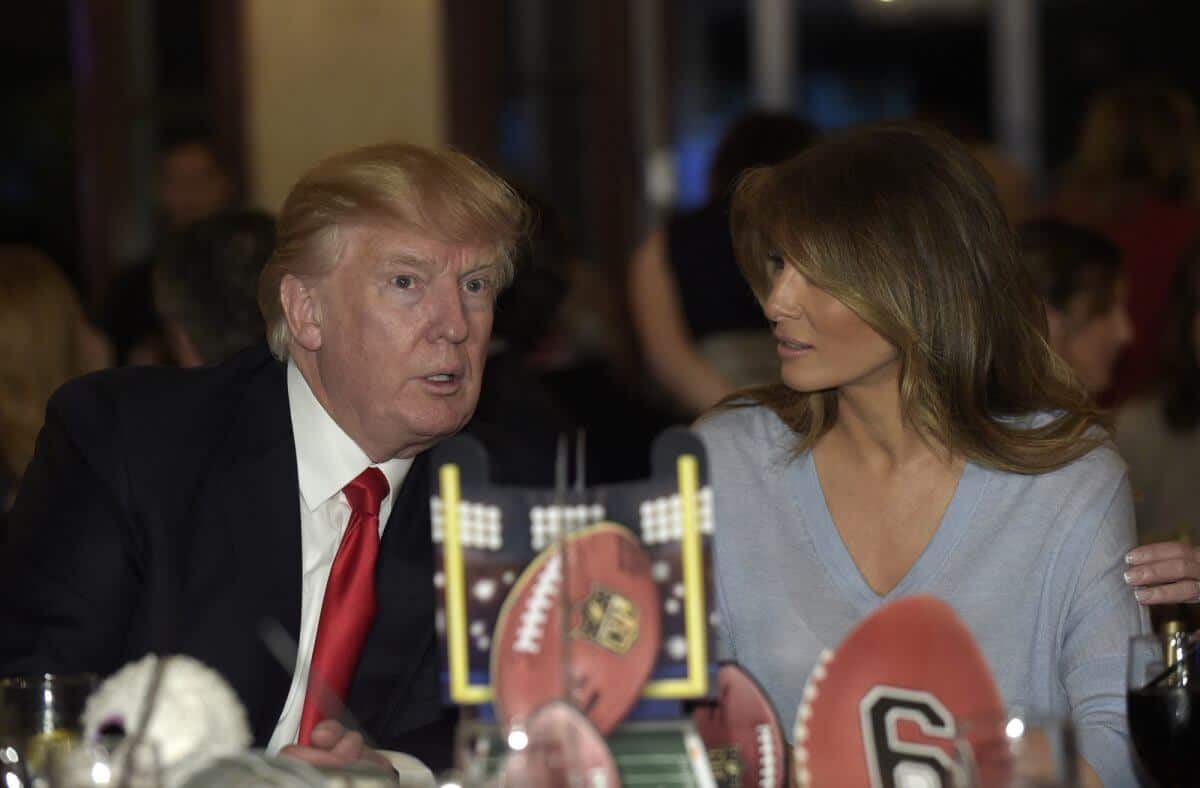 With his impeachment acquittal looming, the 45th president took to Twitter last night to congratulate the Kansas City Chiefs for winning Super Bowl LIV over the shellshocked San Francisco 49ers.

Contents hide
1 Trump Posts Cringy Super Bowl Tweet
2 Unfit for Office?
3 Not the First President to Embarrass Himself Like This

There’s just one problem: He praised Patrick Mahomes and company for making the state of Kansas proud, despite the fact that they’re based in Kansas City, Missouri. And have been since 1963. Oops!

So, no, Trump isn’t really a fan of the newly crowned Super Bowl champions. And it’s likely he doesn’t know all that much about pro football – aside from how to wreck an upstart league in record time [NYT].

Still, he isn’t the first president to embarrass himself when trying to jump on the sports bandwagon.

As with the infamous “covfefe” and “Obama Netflix” incidents, the president’s detractors quickly argued that his now-deleted tweet is proof he isn’t fit to inhabit the White House.

His critics hastily constructed an argument based on an interesting piece of logic. Since Trump doesn’t even understand a basic fact about Midwestern geography, he must not really care about the Kansans and Missourians who live there – and delivered him 16 electoral votes in 2016 [NYT].

Perhaps this is a valid argument. Trump’s grasp of American geography is so poor that you could plausibly argue he doesn’t care about anywhere in the U.S. outside of New York and California (and maybe Florida).

Back in October, he boasted about building a wall with Mexico across the Coloradan border [The Guardian]. Of course, Colorado is 370 miles from the U.S.-Mexico border [The Independent], so I don’t know how that would work out in practice. I also don’t know if I’d ever let Trump drive or fly me anywhere.

Not the First President to Embarrass Himself Like This

To be fair to Donald “I have the best geography” Trump, he isn’t the first sitting U.S. president to embarrass himself while talking about sports.

Most modern presidents have tried to steal popularity from decorated athletes at one point or another [Washington Post]. And many have humiliated themselves in the process, much like the Donald.

In November 2008, then-President George W. Bush welcomed Arizona State’s track and field teams to the White House [NBC]. Innocent enough – until he posed for a photo in which he pulled a hand gesture known as “The Shocker” [Deadspin].

Even media-heartthrob Barack Obama made a fool of himself after Super Bowl XLIX. At a White House ceremony honoring the New England Patriots, Obama made a joke about the “Deflategate” scandal [The Hill] that, predictably enough, fell very flat with its audience.

So no, don’t trust Trump to navigate if he invites you on any cross-country road trips. But don’t act like his superficial pretending-to-like-sports shtick is anything unusual. Presidents have been doing it – and embarrassing themselves – for decades.