NICOSIA, Cyprus, Nov. 29, 2021 — One of the largest blockchain casinos, True Flip, announced a twist in its development strategy and is turning the native TFL token into a separate project. From now on the team will focus on creating its own metaverse and Play-to-Earn games that will allow players to earn cryptocurrency for completing tasks.

“The True Group management has decided to change the project development strategy and work on the token as a separate project. The updated website will also feature a new tokenomics model. Today TFL is of very big importance for us. We can say that we were preparing for this restart and formed a product vision for all 4 years after the ICO. In the near future, we will launch several play-to-earn activities, an NFT marketplace, in-house wallet, and in 2023 we are planning to release our own metaverse. In addition, we will soon announce several high-profile partnerships,” says Daniil Andriyanov, CEO of TFL.io.

The company will also change the TFL token utility, which until recently was used as an internal currency for the online casino and lottery users. Now the coin will become a full-fledged payment and trading instrument. Already today, the TFL token is traded on some centralized exchanges and decentralized platforms, such as Uniswap in a trading pair with USDT, and the market cap of the asset exceeds $ 10 million. Note that at the beginning of 2022 the legendary Holders Lottery with a large monetary fund will be held; and on the New Year’s Eve there will be a special festive project with lots of gifts. 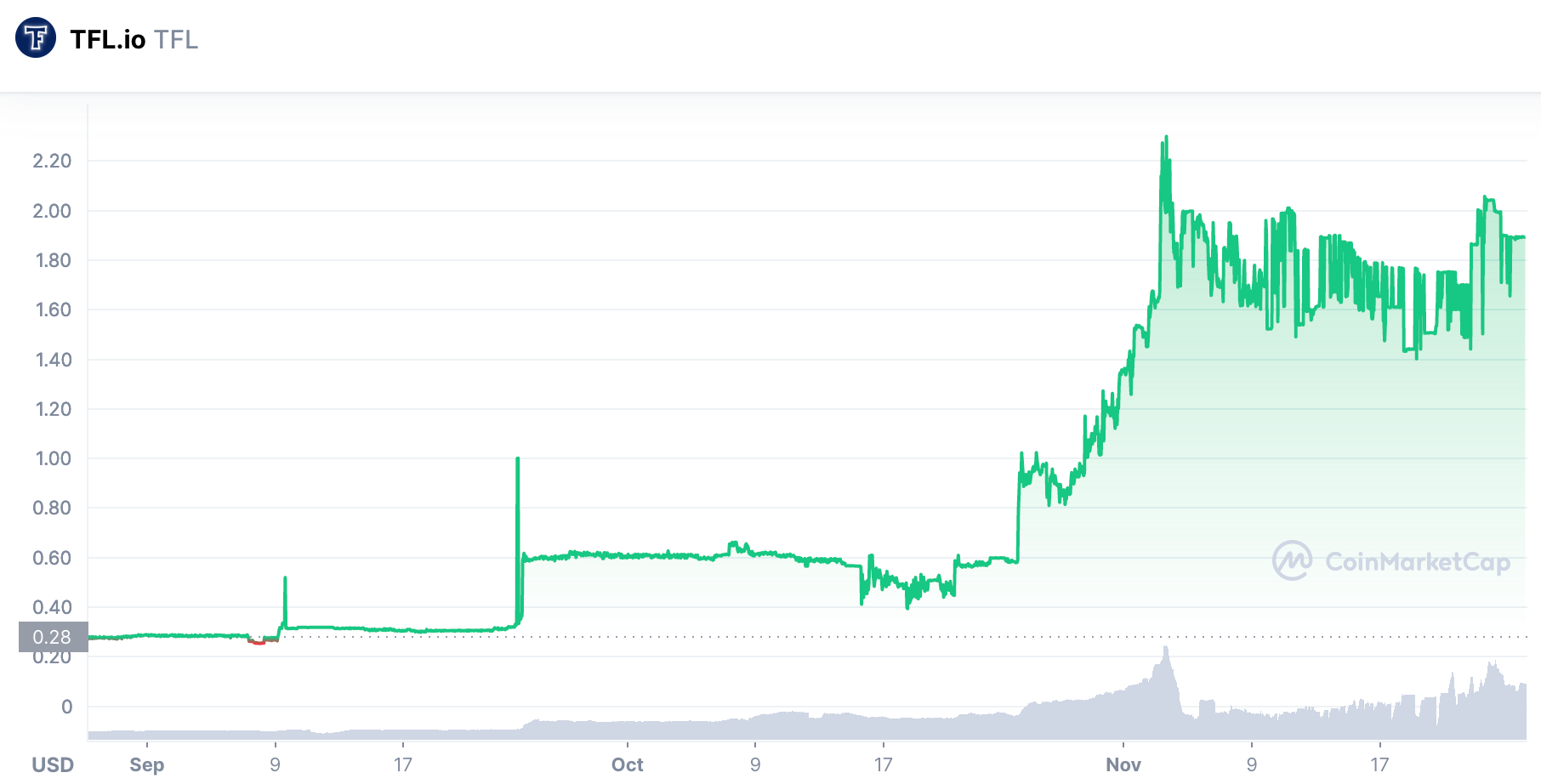 “The TFL token will be used both in our metaverse for internal payments and in external markets as a trading and investment instrument. We are currently negotiating with several centralized exchanges for listing TFL in order to make our coin more accessible to a wide range of traders and retail users,” commented Daniil Andriyanov.

At the moment, the team is preparing to release its own NFTs, which will be available for purchase to everyone. Next year the TFL.io team will also present several Play-to-Earn games. TFL.io invites centralized and decentralized exchanges, GameFi projects and other companies to cooperate.

TFL.io is part of the True Group specializing in GameFi. The project issues its own TFL token, which is used as a trading and payment instrument. In the near future, the company will focus on developing GameFi solutions, as well as releasing its own NFTs.