There have always been big differences between Microsoft and Apple, but perhaps the most stark was that Apple made its own computers. Microsoft didn’t. You could buy a Windows PC from dozens of companies, but not Microsoft — something that led Apple to tout its tight system of hardware and software designed to work together. For years, though, it seemed inevitable that Microsoft would make its own Windows hardware, and on June 18th, 2012 the company showed off the original Surface line.

The Surface and Surface Pro both clearly took inspiration from the iPad, which was booming in popularity at the time, but Microsoft put its own spin on tablets. First and foremost, both devices were announced alongside keyboard cover accessories, making them far more suited than the iPad for getting “real work” done. iPads had keyboard support from day one, but the Surface and Windows were far more suited to keyboard-and-mouse control than touch back in 2012.

But the Surface was one of the first times we saw a tablet made alongside a detachable keyboard accessory. The concept was simple: Use this with the keyboard to blast through Excel sheets and Powerpoint presentations, and then take off the keyboard for a touch-centric tablet appearance. But as is so often the case, the devil was in the details — and the first Surface devices didn’t exactly get those details right. 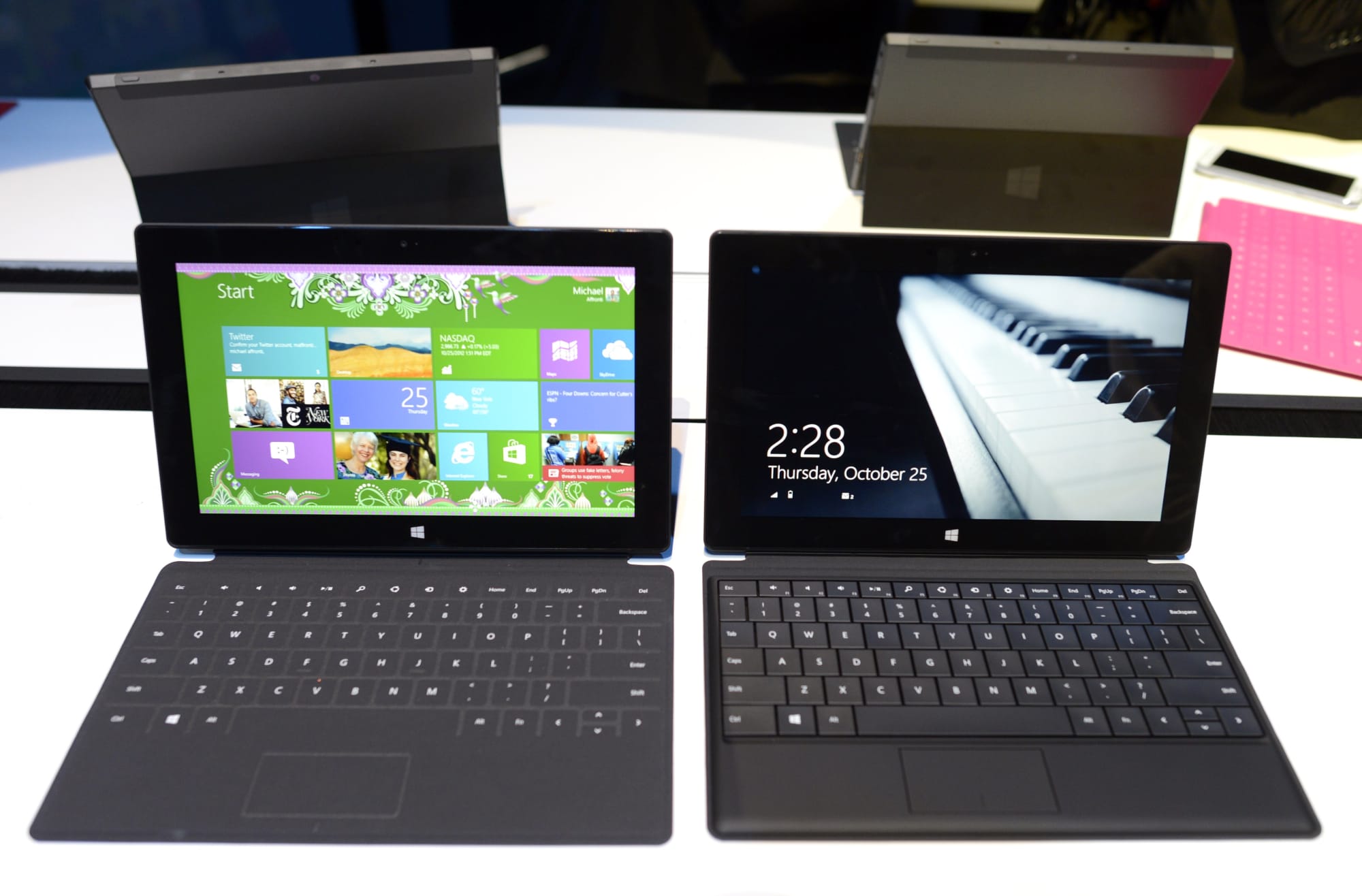 The first Surface went on sale in October, and there were some immediately obvious issues. From a hardware perspective, the first Surface’s non-adjustable kickstand, relatively low-resolution screen and its awkward 16:9 aspect ratio (which made it all but unusable as a tablet in portrait mode) were hard to overcome. But perhaps more damning was the device’s Windows RT software, which only let you install apps from the Windows Store. Sure, it ran full versions of Microsoft Office, but beyond that the software ecosystem was severely limited. This all made the Surface a bit of a tough sell: It wasn’t better as a tablet than an iPad, and it was more limited than other Windows-powered laptops.

The Surface Pro, which didn’t arrive until February of 2013, came with its own set of issues. On the plus side, it had a far nicer screen than the standard surface, and supported the new Surface Pen accessory. It was also more powerful and ran a full version of Windows 8, which supported the vast array of software that was available for Microsoft’s main OS, even if it wasn’t optimized for touch. But the Surface Pro was simply too big and heavy to be useful as a tablet; battery life was a lot worse than the standard Surface; and it wasn’t the most convenient device to use in your lap because of that kickstand. As such, it was hard to recommend over traditional laptops, particularly when it cost more than $1,000 with a keyboard case.

While Microsoft didn’t get the details all right on its first try, the company did do a good job at relentless iteration and improvement in the following years. It wasn’t long before Microsoft gave up on having a lower-power, limited capability Surface model and put all its efforts behind the Pro, a move that paid off big by 2014. The Surface Pro 3 stepped up to a larger screen but managed to cut down the thickness and weight, while an improved multi-stage kickstand made it more comfortable to use. The Surface Pen got more and more capable, battery life improved, Microsoft ditched the awkward 16:9 display ratio, and by 2015, when the Surface Pro 4 launched, Microsoft was finally delivering on the vision it first presented years earlier.

Polkadot (DOT) $ 9.60
We use cookies to personalise content and ads, to provide social media features and to analyse our traffic. We also share information about your use of our site with our social media, advertising and analytics partners who may combine it with other information that you’ve provided to them or that they’ve collected from your use of their services.
Accept
Read more
Change Settings
Cookie Box Settings
Cookie Box Settings