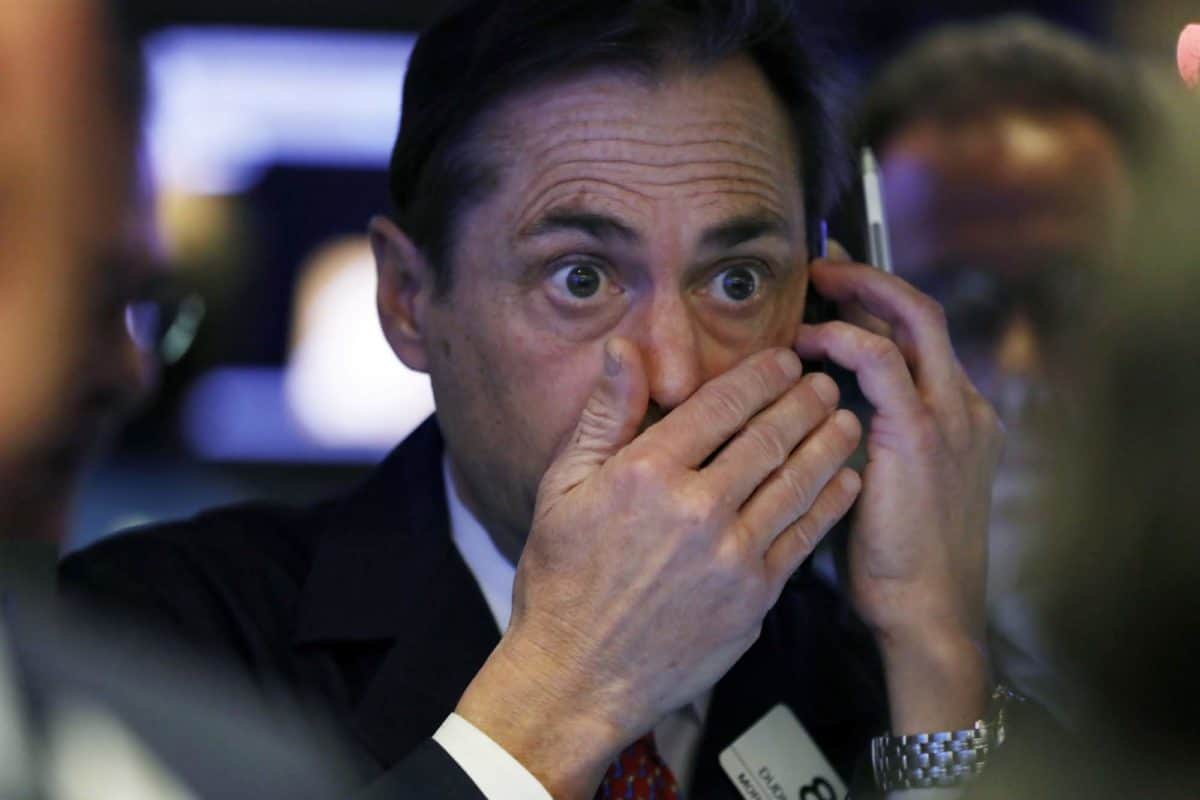 As the day wore on, it became apparent that the Dow’s jitters likely originated from the steady spread of the coronavirus beyond mainland China.

The epidemic appears to be setting up a new base camp in the city of Daegu in South Korea, while Iran and Japan are dealing with escalations in the deadly outbreak.

After falling as much as 408 points from its session high, the Dow Jones Industrial Average spent the afternoon gradually paring its losses.

The commodity sector provided no hints on the outlook for risk appetite, as both crude oil and the price of gold trended higher. The oil price may have defied risk-off trade because of a smaller than anticipated build in U.S. crude inventories.

Global stock markets have been soothed over the last few days after China reported a slowdown in the number of new coronavirus cases. This optimistic outlook was thrown into doubt because confirmed cases in South Korea have started to go parabolic.

The spike has been triggered by an outbreak in the city of Daegu, where a single patient is believed to have infected scores of people. With officials encouraging citizens to remain inside, the possibility of a full-on quarantine appears very likely in the city of 2.5 million people.

Goldman Sachs Warns of an Impending Drop for U.S. Stocks

Elsewhere, Dow bulls received another stark reminder of how deadly the coronavirus can be. Two passengers of the quarantined Diamond Princess cruise ship died.

This dovetails with rumors that government officials in Iran are downplaying the spread of the virus inside its borders, despite two deaths and emergency measures.

Goldman Sachs’ Peter Oppenheimer added fuel to the fire. He told clients that equity prices appear to be underestimating the risks of a more meaningful impact on corporate profits:

In the nearer term…we believe the greater risk is that the impact of the coronavirus on earnings may well be underestimated in current stock prices, suggesting that the risks of a correction are high.

Oppenheimer believes that investors should be much more concerned about other companies following suit than the sky-high stock market suggests.

Adding to the bad mood among Dow bulls was a fruitful debate for Bernie Sanders in Nevada and a horrific one for Mike Bloomberg.

According to betting market data, Sanders remains the odds-on candidate to win the Democratic nomination.

Wall Street’s public enemy No.1 has never looked closer to the presidency.

Emerson, one of the most historically accurate national polls, defied public perception to claim that Sanders is the only Democrat who can beat Donald Trump.

It was a rough day for the Dow 30, and the index’s painful drop was led by two of its most prominent companies.

Adding to the tech woes, Intel was the worst performer with a 2.6% plunge, while financial giant Goldman Sachs lost 1.9% as bond yields dropped.

Interestingly, China-dependant Caterpillar stock was one of the top performers in the Dow Jones with a 0.3% rally.