0Shares
Contents hide
1 Something to look forward to: Microsoft’s first big update for Windows 10 this year brings with it lots of improvements, but with the company focusing on Windows 10X and the necessary modularization work to make that OS a reality, it hasn’t managed to smooth out all the rough edges just yet.
2 Related Reads

Something to look forward to: Microsoft’s first big update for Windows 10 this year brings with it lots of improvements, but with the company focusing on Windows 10X and the necessary modularization work to make that OS a reality, it hasn’t managed to smooth out all the rough edges just yet.

Windows 10 is set to receive a new major update in April, one year after they officially started working on it. Dubbed 20H1 or version 2004, this is supposed to be a more significant upgrade than last year’s November update (19H2).

You can already download the ISO file to perform an in-place upgrade or a clean install as an Insider, but it’s best that you wait for it to be released via Windows Update, as Microsoft is still working on squashing bugs and polishing the release for final delivery. Understandably, the company is also busy getting Windows 10X-powered devices to market, so it’ll be taking its time to get it right before pushing it to all users. 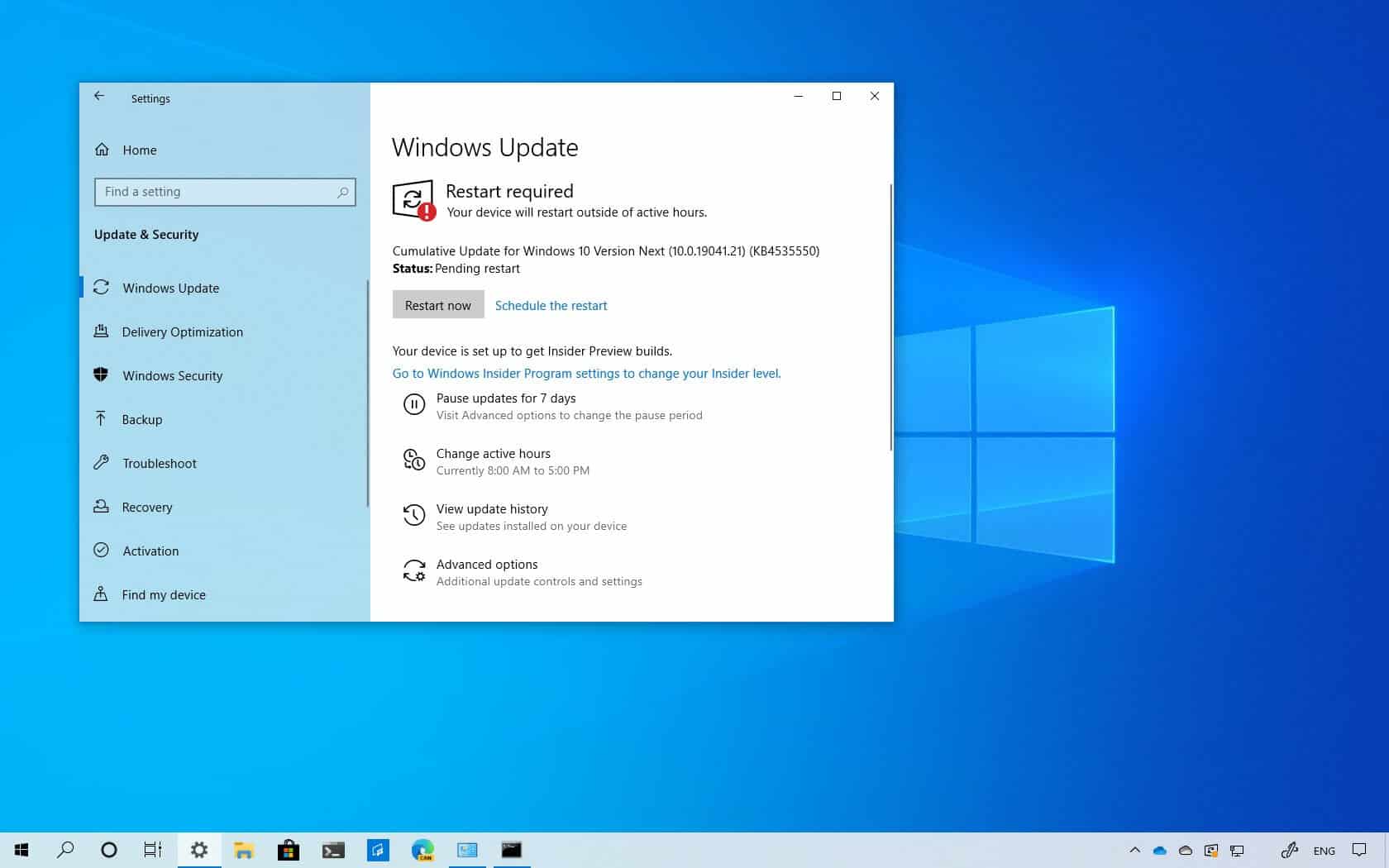 One the most interesting features included in Windows 10 version 2004 is something that Mac users have enjoyed for years — if you’re in a pickle and need to use “Reset this PC,” you now have the option for a cloud download to perform a reinstall of Windows. This is especially useful if you live in an area with a fast and solid Internet connection, but if you have a metered connection it’s worth keeping in mind that it can eat through your data quite quickly.

Do keep in mind that Reset this PC using the cloud doesn’t do a factory reset, but the download option will reinstall the current version of Windows instead of the one that came with your device. 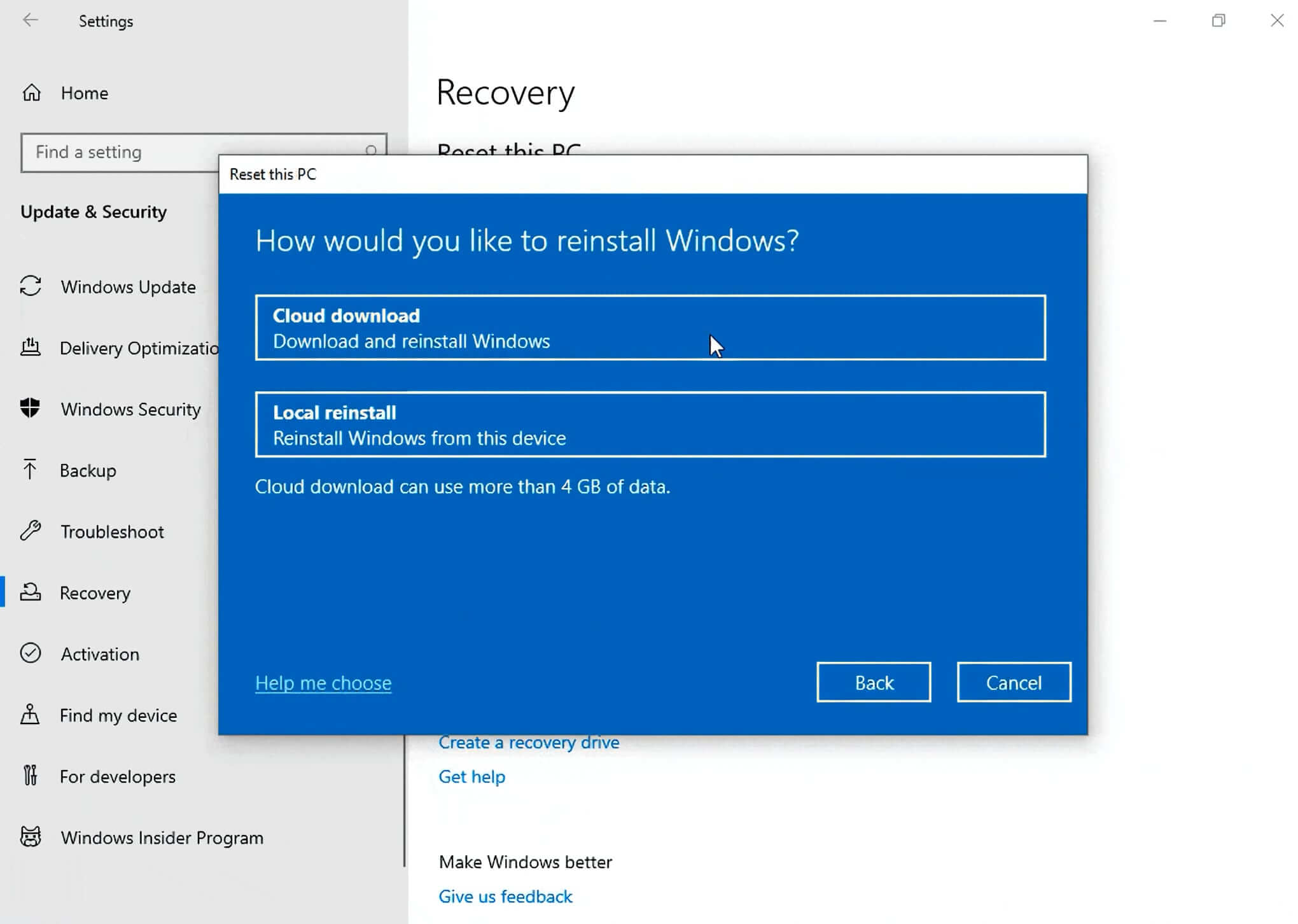 Besides saving you the trouble of having a USB drive at the ready for recovering your PC, the new version of Windows will make it possible to use your Windows Hello PIN in Safe Mode for faster login. This can be a great time saver if you have to do some back and forth to figure out what’s causing trouble on your device. 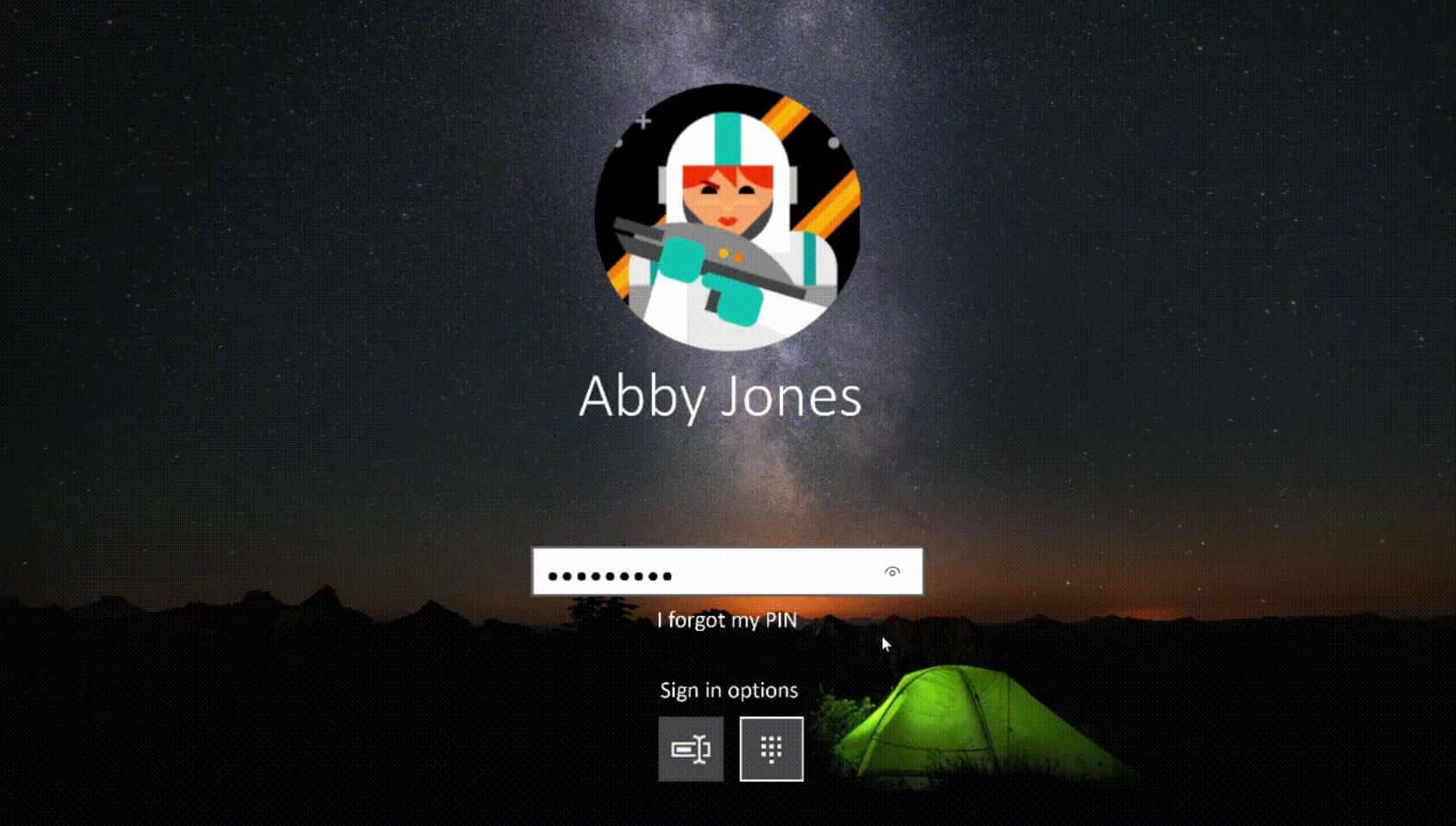 On the developers’ side, they can look forward to the Windows Subsystem for Linux 2. While many were a bit disappointed by the first version’s performance, compatibility, and file system access limitations, Microsoft says it’s dedicated a lot of time to fixing those.

Among a host of changes, improvements in memory usage and ARM64 support are key, so that you can use devices like the Surface Pro X, and full system call compatibility for those of you who need to run things like Docker.

Developers can also connect to their Linux networking applications using localhost, and Microsoft has introduced a way to set global configuration options that apply to any Linux distros that are run using WSL 2. 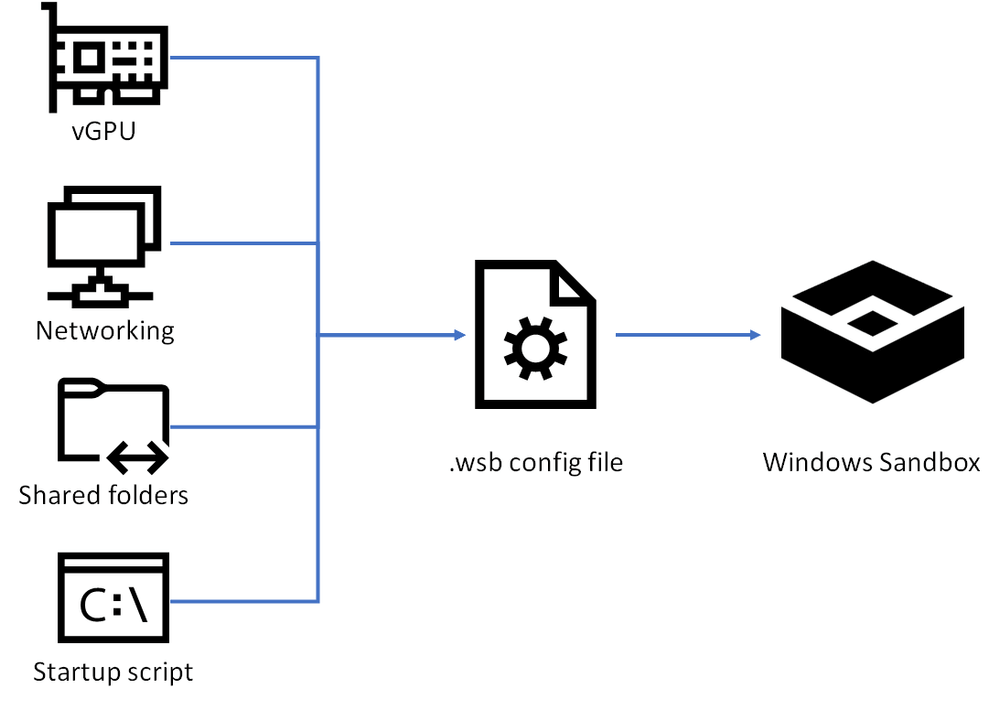 You may be familiar with the Windows Sandbox, which is based on virtualization and has been present in Windows 10 since version 1903. This is very useful for working with certain apps inside an isolated environment, but until now it didn’t have things like microphone support, or the functionality to configure different aspects of the sandbox like networking, shared folders, startup scripts, or vGPU.

Microsoft has also added some quality of life improvements in the form of keyboard shortcuts for the Ease of Access dialog (Shift + Alt + PrintScreen) and entering/exiting fullscreen mode (Ctrl + Alt + Break).

There are other functional updates, such as the ability to rename Virtual Desktops. Usually, both macOS and Windows 10 give dull names to virtual desktops such as Desktop 1, Desktop 2, etc., or, in the case of Mission Control, the most it can do is choose a name based on what app is in the foreground in that space.

With version 2004, your Virtual Desktops and their custom names are retained after reboot. What’s even better is that if you use UWP apps like Mail, Calendar, and OneNote they’ll also be restarted minimized, in a suspended state, on reboot.

Microsoft has been working on improving Windows Settings for many iterations, moving stuff over from the legacy Control Panel and putting things in places that make the most sense. In the April 2020 update you can see all Language settings in one place within an overview section, and get quick access to individual ones like the display language, app language, speech settings, keyboard, and regional format through their respective tiles.

Notification settings have proven particularly difficult for users to discover on their own, so toast notifications will have inline options to either turn off all notifications for that app of head directly to the app’s notification settings. You can also disable sound for notifications and hunt for a specific app that’s bugging you using filters. Microsoft is known for making some actions in Windows possible in several ways, and this persists with the addition of a shortcut to manage notifications at the top of the Action Center, which could come handy when patience runs thin.

The ‘Network status’ page under Network & Internet has been consolidated, so that you no longer need to delve into subpages to see basic information like overall data usage. On similar fashion, the ‘Optional features’ page has been improved so you can select and install multiple features at the same time, sort them, and do that without leaving the main page in the “Latest actions” section. It’s also worth noting that Notepad, WordPad, and Paint are now optional features in Windows 10 and can be uninstalled. 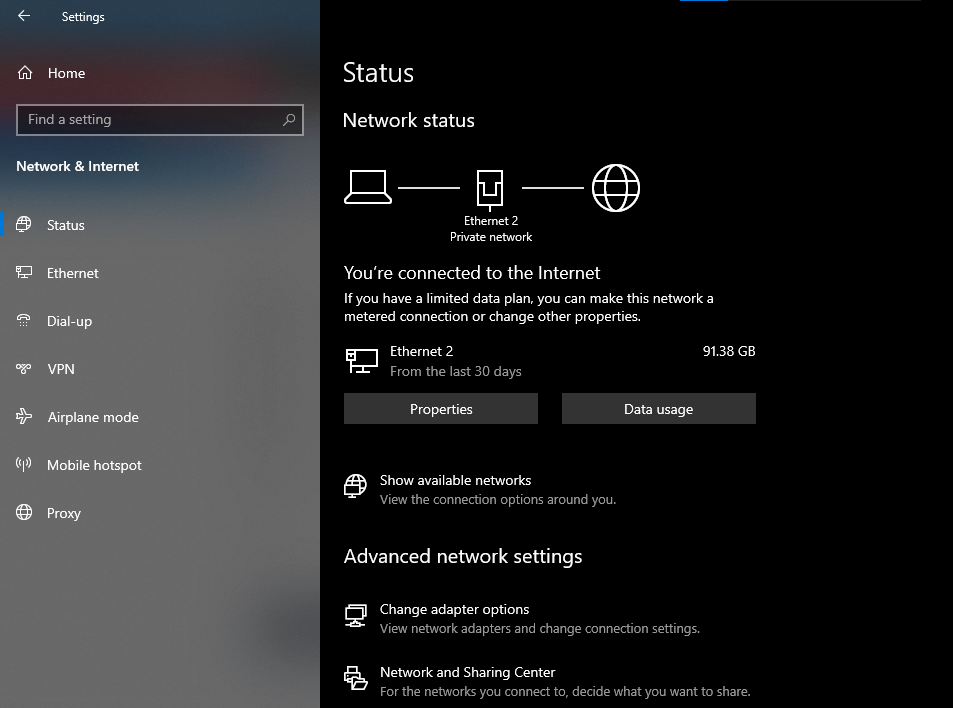 When Bluetooth quick-pairing was introduced in version 1803, devices that support Swift Pair would generate a notification prompting you to pair them with your PC. But while it saved you the trouble of going to Settings, it didn’t compensate for the slow UI.

Now you can do the pairing right from the notification itself, and the toast will sometimes show the name and category of the device being connected.

Cortana has been completely migrated into its own Store app that’s undocked from the taskbar, and is now essentially a chat bot for managing your schedule and tasks.

Microsoft says this is part of a new strategy of turning Cortana into a productivity assistant for Microsoft 365 (Office 365). But while the company will now be able to update it more frequently just like a normal app, this is also a loss of smart home features and, soon enough, the removal from Microsoft’s Android launcher. 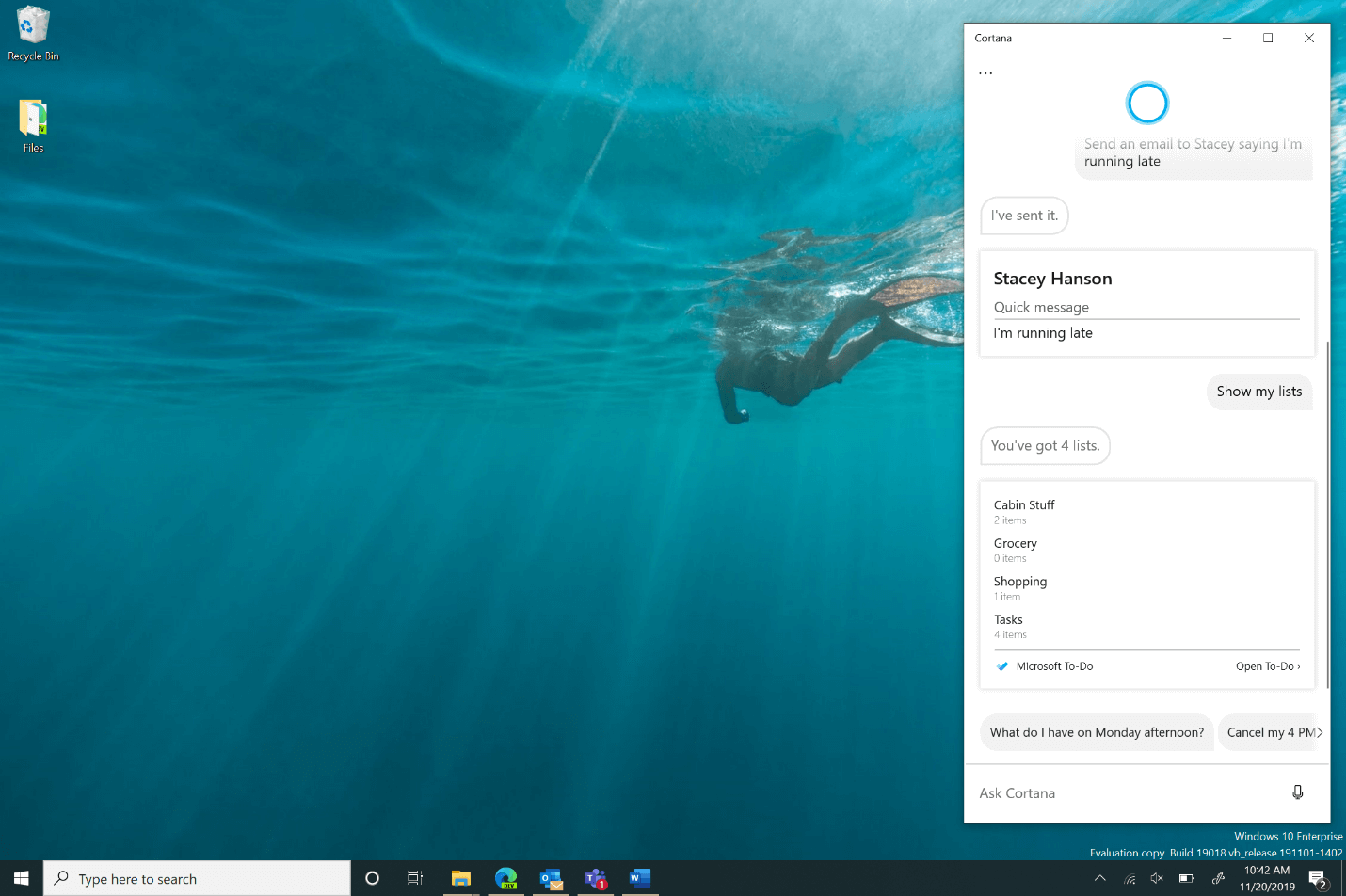 After decoupling Cortana from Windows Search, Microsoft has overhauled Search to offer quick access to your most used apps, recently-accessed documents, a tabbed interface for filtering results, and quick search suggestions.

A lot of users find that when they search for certain settings or apps they don’t get exact matches, and Windows Search will try to make a guess based on what you typed. Now you’ll get a “Related” line with an explanation under each search result with a clarification on why that result has appeared in your search. 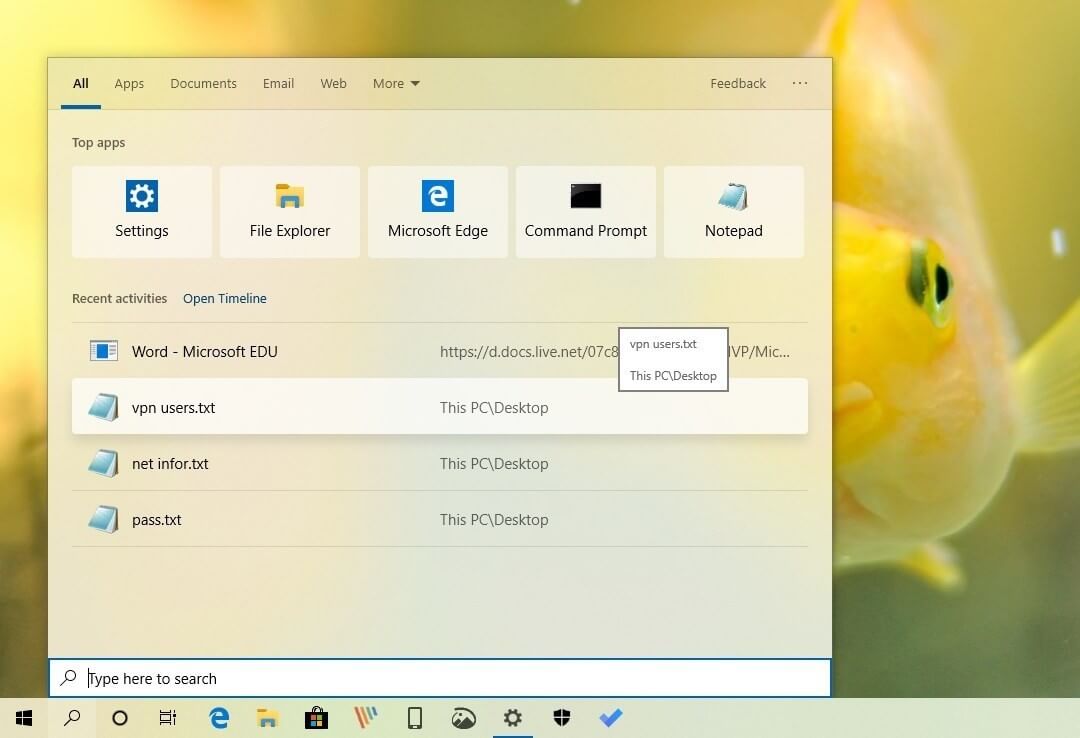 There’s also automated spell correction that will be applied whenever you misspell the name of something that Windows Search has indexed and can recognize based on what you have typed in the search box. 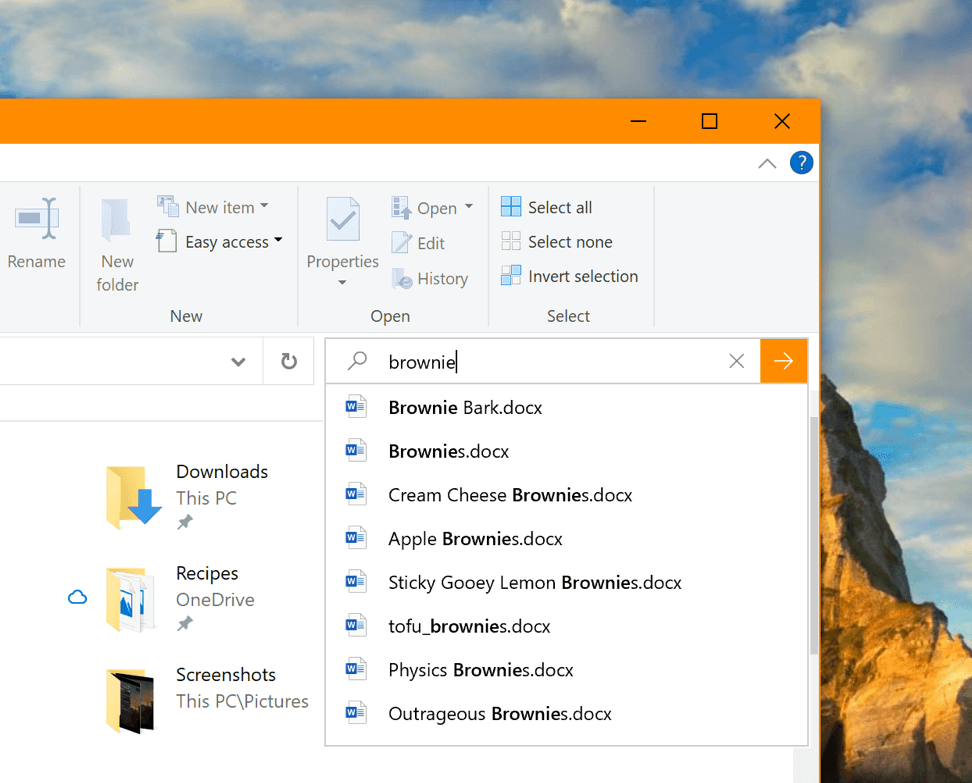 People using Windows 10 on a tablet or 2-in-1 PC will be able to enjoy a new experience with increased spacing between Taskbar icons, and an optimized layout in File Explorer that makes touch targets easier to tap on. The touch keyboard will automatically be invoked whenever you tap on a text field, and Microsoft says it has made it so that your device will be able to recognize the scenario in which it’s being used and switch to an appropriate UI experience.

There are also updates to the Xbox Game Bar (fps counter and an achievements overlay pane) and added support for Kaomoji, for those of you who like using emojis.

All that being said, there are some less obvious changes coming in Windows 10 version 2004, such as improved disk and CPU usage for Windows Search. This has been a pain point for users who still run Windows on a mechanical hard drive, with the indexer deciding to get busy at the worst possible moments, such as when gaming or running on battery power. 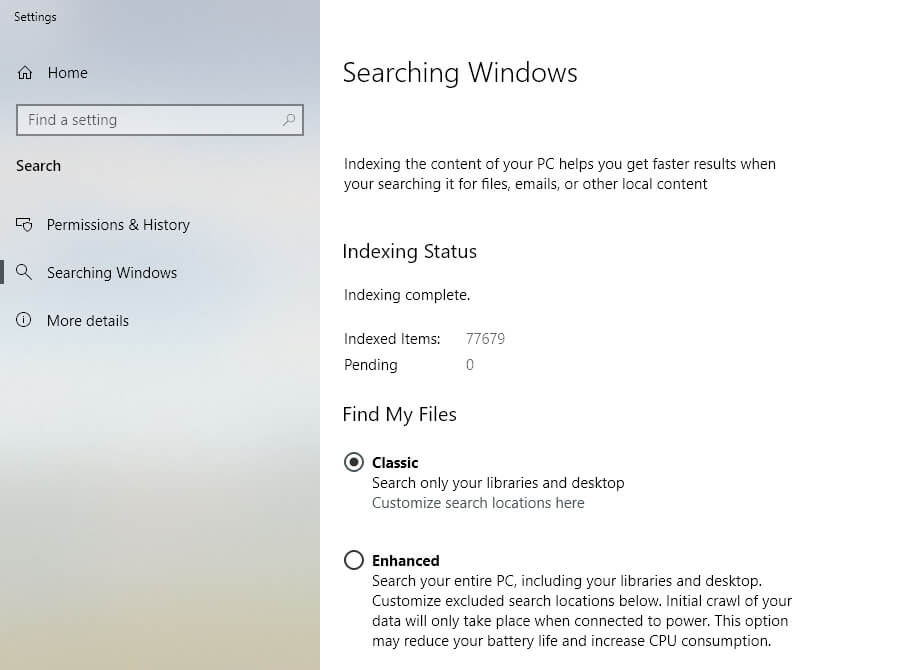 Microsoft says the indexer will now be smarter at choosing the right time to do its job thanks to an algorithm that will throttle down or stop indexing activities whenever one or more conditions are met. Examples include situations where you unplug a laptop from the wall, or immediately after logging in or returning from sleep. Then, if disk and CPU usage go above a certain threshold, indexing will be paused.