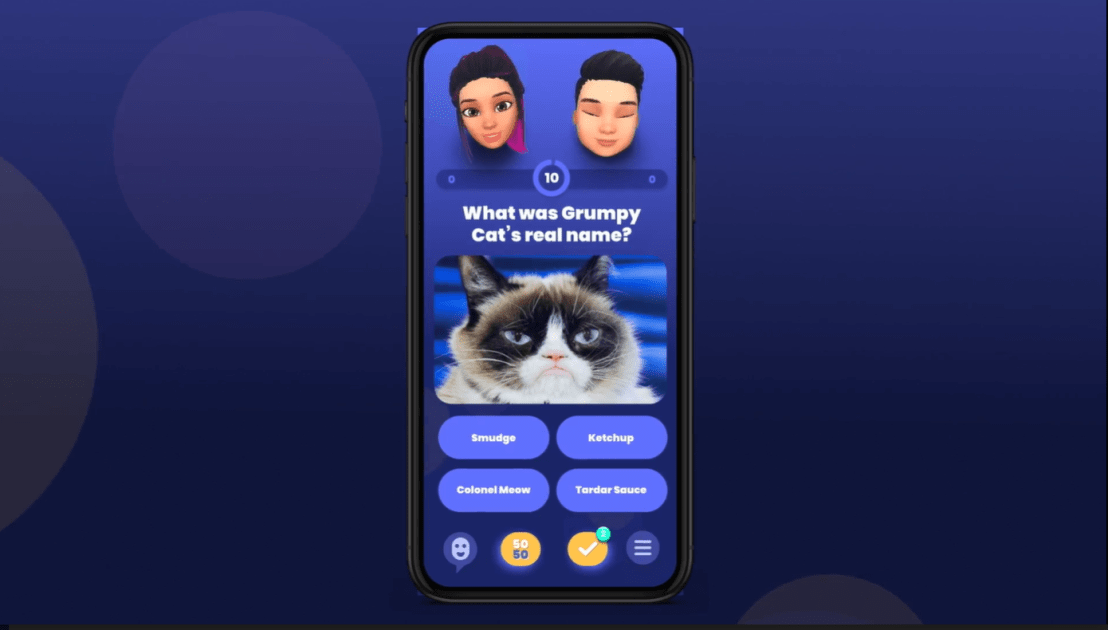 If you find a question especially tricky, you can eliminate two of the options or ask the game to select the right one (you can only do these a few times per game). When the scores are the same after five questions, there’s a tiebreaker and the person with the fastest correct answer moves on.

When 32 players remain, the game shifts to a knockout tournament. If you win a game, you’ll enter the Royale Lounge, a VIP club for top players, and claim a nifty crown for your avatar.

If that one-on-one format rings a bell, there’s a pretty good reason for that. Many of the Teatime crew used to work at Plain Vanilla Games, the developer of QuizUp. That game has more than 100 million downloads and the Teatime team was able to draw from that experience to create the new app.

What might help it stand out beyond the battle royale selling point is a fun social feature called Game Face. It’s Teatime’s take on Memoji: you create an avatar, which can replicate your head movements and facial expressions in real-time while you’re playing so your opponents can see your reactions. You can tap on a few communication prompts to say hello or congratulate your opponent

Trivia Royale‘s design reminds me a bit of HQ Trivia, with its dynamic animation, pops of color and bold text. Games flow pretty quickly and I have to admit: pulling faces at your rival when you’re miles ahead is pretty enjoyable.

It’s free to play, though there are microtransactions. You can buy other cosmetic items for your avatar with in-game currency and pay to remove ads.