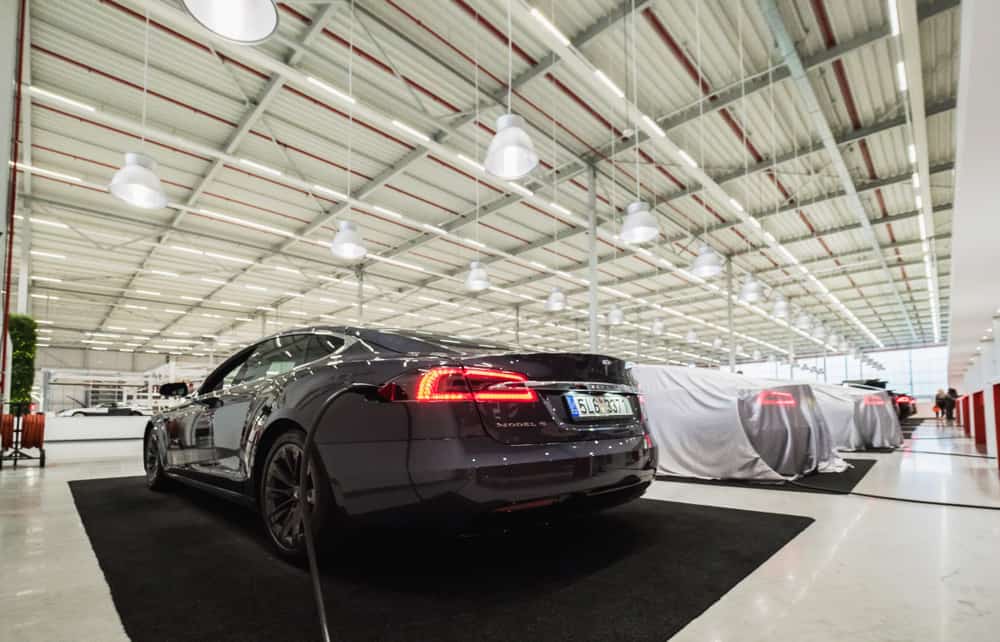 Germany’s economy is on the verge of recession as its once-illustrious car making industry falters. It’s no stretch to say that Tesla has disrupted the very backbone of Europe’s largest economy.

A German engineer put it best when he called Tesla an ‘existential threat’ to the entire German automotive industry and urged the country’s CEOs to ‘do better’:

Your ambitions for electric vehicles are falling short of consumer expectations. Those expectations have been set from your strongest competitor today and in the future, Tesla.

Germany on the brink of recession

The latest economic figures out of Germany aren’t pretty: zero growth for the fourth quarter. The country is now teetering on recession.

We think the economy will continue to flirt with recession in the first half of this year.

Chief among the problems is a rapid decline in auto manufacturing and exports.

Reuters compared the challenge facing Germany with 1970s Detroit, where a rapid decline in the auto industry decimated the entire city.

This is no exaggeration.

Germany’s auto industry has slumped to a 22-year low, putting almost 1 million jobs at risk. A tenth of those jobs are expected to disappear in the next decade. Cuts will take place at carmakers themselves (BMW, Volkswagen, Daimler) and suppliers in the region (Michelin, Bosch, Continental).

In some areas of the country, auto-workers make up 15% of the workforce. The effect of these cuts on spending, consumption and GDP is hard to even quantify.

Volkmar Denner, CEO of Bosch after announcing thousands of jobs cuts at the auto supplier, noted:

It could well be that we have passed the peak of automotive production.

Most of the challenges facing Germany’s automative industry can be traced to the rising demand for electric cars.

When Tesla launched the Model 3 in Europe last year, it instantly outsold rival sedans at BMW and Mercedes. It was the third best-selling car, period, in December. Elon Musk is now readying a Tesla gigafactory in Germany itself to capitalize on demand.

US car sales peaked in 2016 and have been decreasing ever since, while EV sales are increasing year by year – German engineer.

The transition [to electric] could well mark the end of the golden age for cars as a mass employer.

This isn’t just about Tesla’s sales numbers either. It’s a bigger shift. From day one, Tesla’s goal has been to ‘accelerate the world’s transition to sustainable energy.’

They’ve been incredibly successful. Tesla has forced the entire automotive industry to shift to electric vehicles and brought down the cost of EVs. It’s a move that Germany’s car companies have been too slow to adapt to.

It is time to face the uncomfortable truth that the German automakers do not have a single car, be it a gas/diesel car or an electric car, in production or in development today that can compete with the Model 3.

It’s not just Europe. Demand for Tesla vehicles in crucial markets like China is soaring. While demand for Germany’s cars has declined for 17 months straight.

Analysts have speculated about this Tesla disruption for years, but with Germany now on the brink of recession, the reality is finally hitting home. If Germany’s car companies don’t act now, the country may enter a crippling downturn.