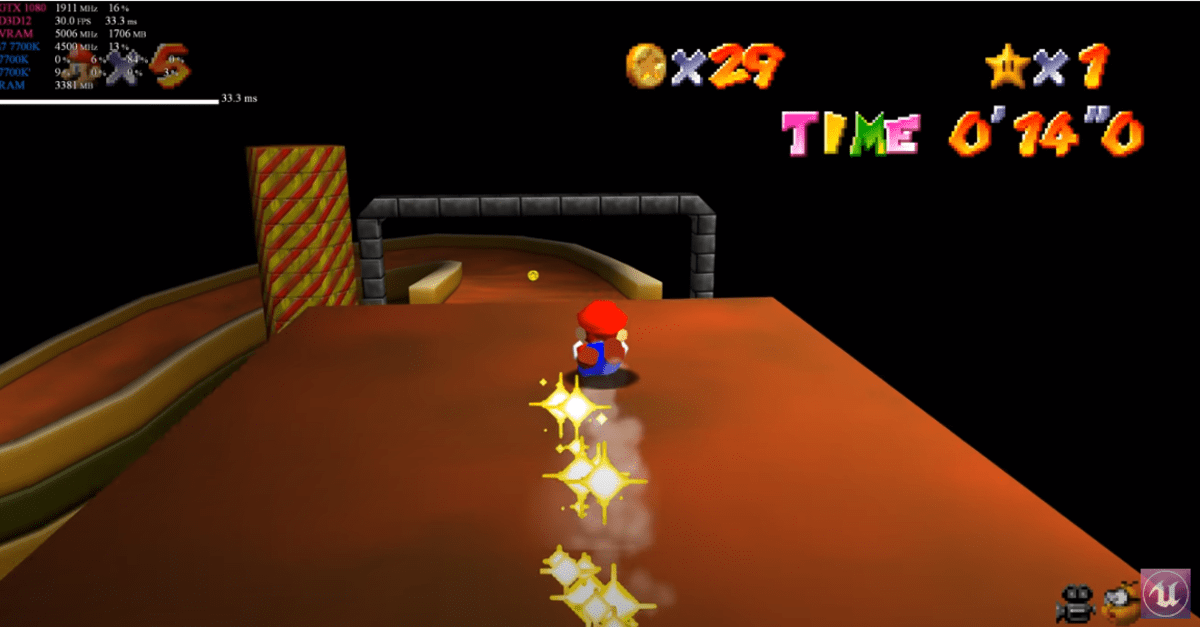 Super Mario 64 has been modded and emulated for years now, so playing Nintendo’s 1996 classic on a PC is certainly nothing new. Now, however, a fully-functional, native 4K port of the game has appeared for the first time, built from the ground up specifically for PC, which means it runs cleanly, has built-in controller functionality and even supports additional modding.

The surprise arrival was showcased in a 12-minute-long YouTube clip posted by a user called “Unreal” (no apparent relation to Epic Games), with players noting that the entire game — rather than single levels — was released online over the weekend. You’ll have to know where to look if you want to try it yourself, though. As Unreal notes on the YouTube video, “I can’t give a download link for obvious reasons and DON’T ask a [sic] download link in the comments.”

0Shares
4kcopyrightgamegamingNewsnintendopcsuper mario 64
Previous PostIGIS highlights out of date thresholds for ASIO in International Production Orders BillNext PostNeed help getting a new business started? This digital entrepreneur might be your guru.