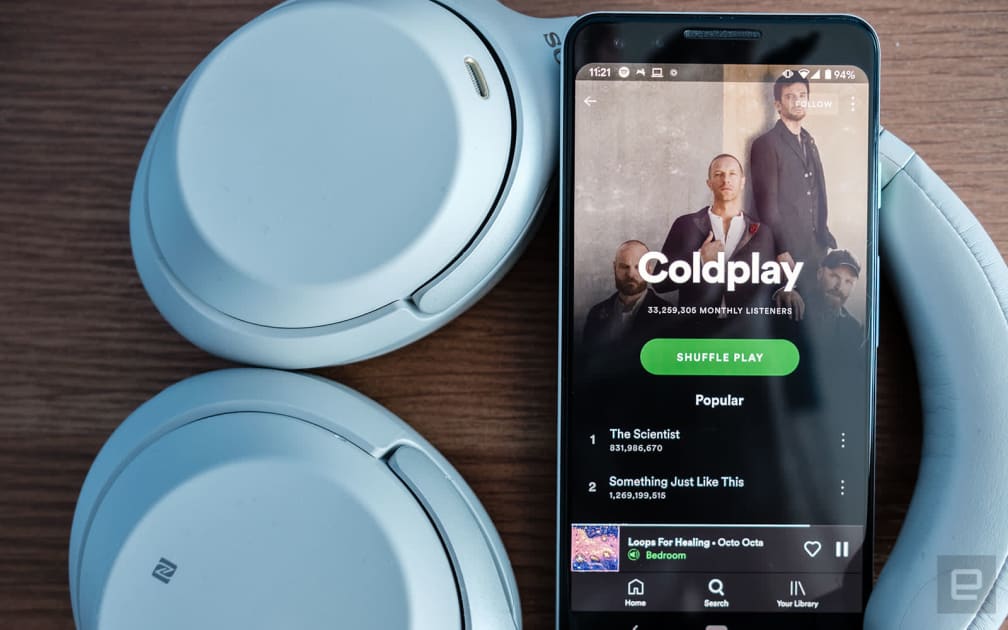 “Spotify and Warner Music Group are pleased to announce a renewed global licensing partnership,” the companies said in a joint statement (via Music Business Worldwide). “This expanded deal covers countries where Spotify is available today, as well as additional markets.” Those “additional markets” likely cover places where the company plans to expand to in the future. Spotify is reportedly preparing to launch in South Korea soon, for instance.

According to a Financial Times report from February, one of the significant issues in the nearly year-long negotiations the companies had was podcasts. At the time, Spotify’s existing deals with companies like Warner meant the streaming giant had to pay a minimum percentage of its subscriber revenue to music labels, regardless of the amount of music its users listened to compared to other content. A recent NPR report found that in the US, music listening as a percentage of overall audio consumption is declining as people spend more time tuning into podcasts and other spoken-word programming. Music Business Worldwide suggests Spotify and Warner may have found a middle ground.

The deal ends a period of tense relations between the two companies. Earlier this year, Spotify signed a licensing agreement in India with Warner’s publishing arm, Warner Chappell. At one point before the deal, Warner sued Spotify just days before it was about to launch in India. The two eventually settled their differences, and with this agreement bands like Coldplay and Linkin Park will be available to stream in India.