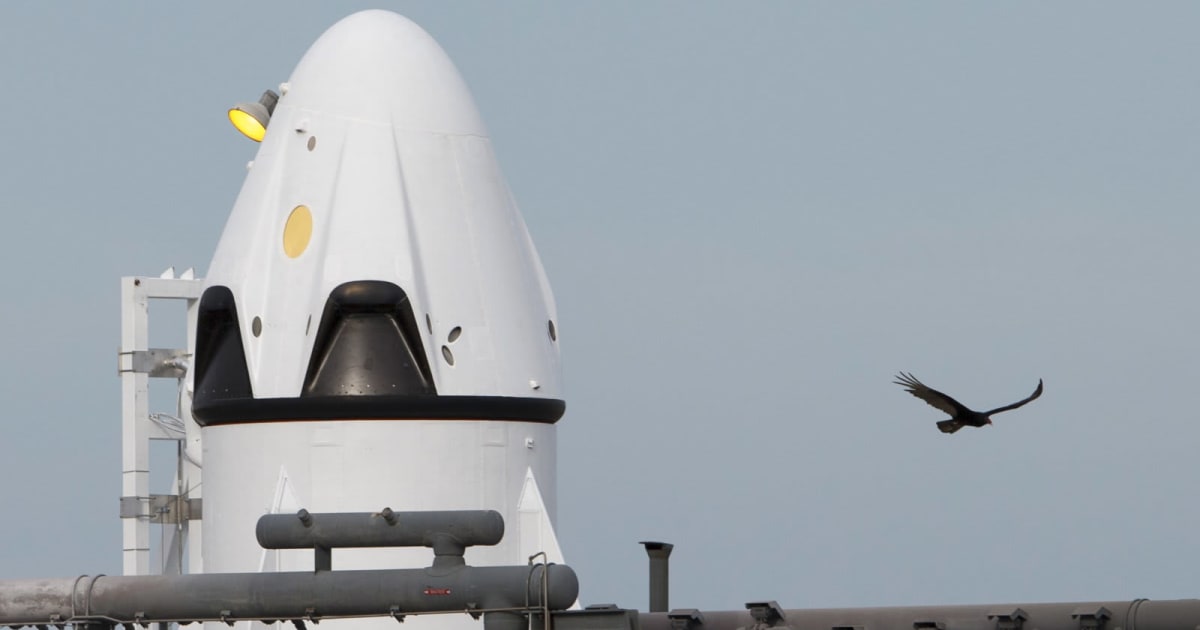 That’s a pretty big milestone, as it beats a goal that CEO Elon Musk had set last month. “We certainly want to get … at least on the order of 10 successful tests in a row before, before launching astronauts,” he said. “So that seems like where the behavior of the parachutes is consistent, is across 10 successful tests.”

SpaceX team has completed 13 successful tests in a row of upgraded Mark 3 parachutes for Crew Dragon. Most recent test demonstrated the parachute system’s ability to land the spacecraft safely in the unlikely event that one of the four main parachutes fails. pic.twitter.com/VJzDeS8UAG

The parachutes now look substantially different from the ones SpaceX first tested. Instead of nylon on the straps, they now use “Zylon” a stronger polymer material developed by Stanford University. The chutes also have a new stitching pattern to more evenly distribute the loads.

In a meeting with NASA administrator Jim Bridenstine, Musk said that Crew Dragon could be ready for its first crewed “Demo-2” test flight in Q1 of 2020. Before that happens, however, SpaceX still has to perform static fire tests of the Crew Dragon abort engine. During the last such test in April, an anomaly caused an uncrewed capsule to explode.

If that goes to plan, SpaceX would then perform an in-flight abort test demonstrating that astronauts would be able to escape alive in the event of an explosion or other launch problem. During that test, an uncrewed Crew Dragon capsule will launch atop a Falcon 9 rocket at Kennedy Space center. Shortly after liftoff, the capsule’s SuperDraco thrusters are supposed to blast it a safe distance from the rocket.

If all that works (and that’s a big “if”), NASA and SpaceX could start running the crucial Demo-2 tests to the international space station with test-flight crew aboard. Those could take place as early as next year, Musk said in October.

Polkadot (DOT) $ 11.02
We use cookies to personalise content and ads, to provide social media features and to analyse our traffic. We also share information about your use of our site with our social media, advertising and analytics partners who may combine it with other information that you’ve provided to them or that they’ve collected from your use of their services.
Accept
Read more
Change Settings
Cookie Box Settings
Cookie Box Settings