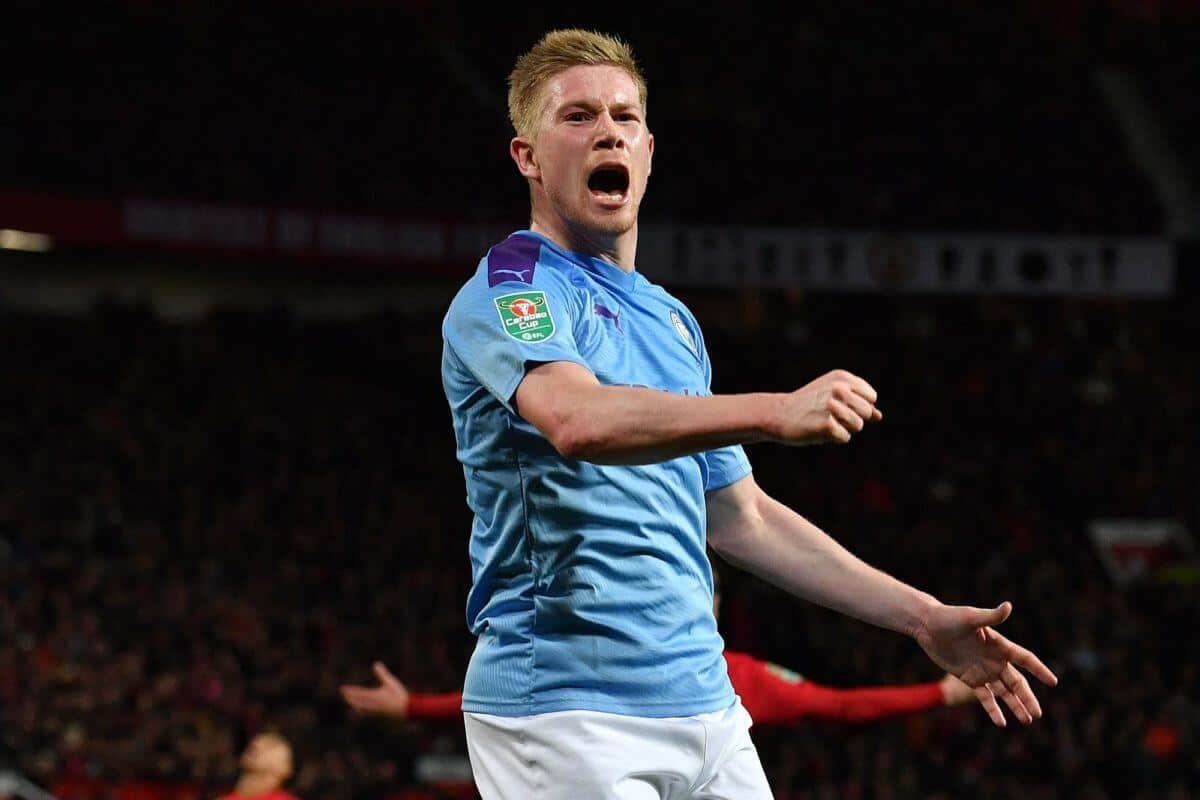 When David Ginola won the PFA Player of the Year award in 1999, Alex Ferguson was not happy.

His Manchester United side were on their way to a historic Treble of Premier League, Champions League, and FA Cup. Ferguson felt one of Dwight Yorke, David Beckham, or Roy Keane should have scooped the prize.

Instead, it was the Tottenham winger who was voted in first place by his fellow Premier League players. Ginola enjoyed a tremendous campaign at White Hart Lane. But Ferguson maintained that the United vote was split three ways, allowing the Frenchman to triumph.

Something similar could happen to Liverpool this term. If it does, Kevin De Bruyne looks set to be the chief beneficiary.

The problem with individual awards

There is an argument that individual awards are taken far too seriously in the modern game. Many footballers today see the Ballon d’Or as the pinnacle. Never before has that particular prize garnered so much attention.

Back in 1999, Yorke, Beckham and Keane would have lost little sleep after missing out on the PFA award. And Ginola would undoubtedly have swapped places with any member of United’s Treble-winning squad.

It’s wrong to think that the winner of such accolades must always come from the best team. It is entirely possible for the star player to ply his trade elsewhere. Diego Maradona was the standout at the 1986 World Cup. That would still have been the case had Argentina lost the final to West Germany.

Liverpool do have several candidates for this season’s Player of the Year gong.

Trent Alexander-Arnold continues to reinvent the right-back role. Jordan Henderson has taken his game to another level in recent months. Virgil van Dijk is still a rock at the heart of the defence. Sadio Mane has been terrific up top.

Nevertheless, Liverpool have not had a solitary outstanding player this season. Their success has been collective.

Jurgen Klopp has created a team that is more than the sum of its parts. It would be wide of the mark to say one squad member has significantly outperformed any other.

For that reason, the PFA prize could easily go elsewhere. And if it does, there is really only one contender to triumph: Kevin De Bruyne.

Kevin De Bruyne has been magnificent

De Bruyne missed most of last season through injury. He has been making up for lost time in 2019/20.

The Belgian has been utterly superb for Manchester City from the very first weekend of the campaign. As things stand, he deserves to be named Player of the Year.

De Bruyne is arguably the most complete footballer on the planet. He possesses speed and power. He is technically gifted with both feet.

The former Wolfsburg man is a marvellous crosser of the ball, perhaps the best the Premier League has seen since Beckham.

He can pass, shoot, and tackle. And he has long since proven that he can excel in a number of different positions on the pitch.

De Bruyne has been sensational this season, scoring seven goals and setting up 15 more. He is on course to break Thierry Henry’s assist record from 2002/03, when the Arsenal striker registered 20.

Liverpool’s incredible exploits mean he will not be adding a third Premier League winner’s medal to his collection. But he does deserve to pocket his first PFA Player of the Year award.