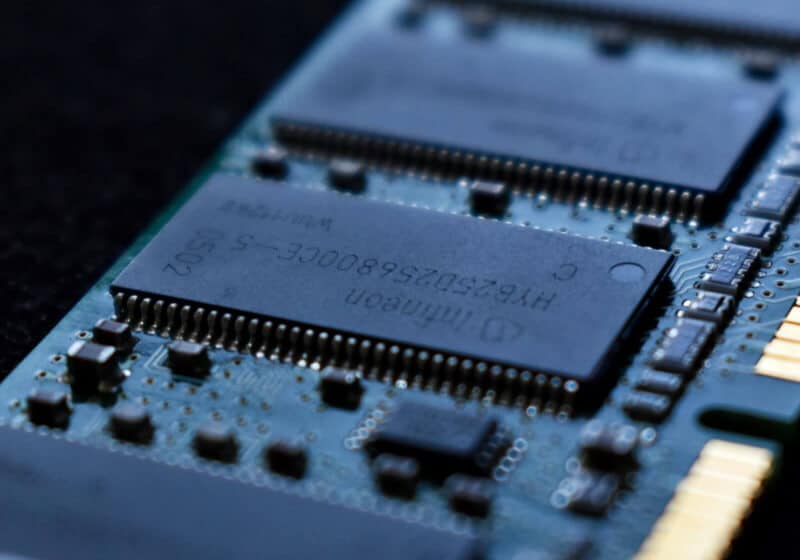 Contents hide
1 Oversimplified: Once or twice in a decade, the self-elected council in charge of such things throws new memory technologies into a basket and calls the basket DDR-whatever-the-next-number-is. Then, a few years later, a company like SK Hynix manages to turn that basket into the picnic we’ve all been waiting for.
2 Related Reads

Oversimplified: Once or twice in a decade, the self-elected council in charge of such things throws new memory technologies into a basket and calls the basket DDR-whatever-the-next-number-is. Then, a few years later, a company like SK Hynix manages to turn that basket into the picnic we’ve all been waiting for.

Unlike the iterative upgrades that define the successive releases of most PC parts, memory upgrades are significant. DDR4 is now six years behind the times and DDR5 is bound to make it utterly obsolete. SK Hynix has thoughtfully warned us ahead of time, with an impressive roster of new specs and a rough release schedule.

The headlining feature is the raw speed: up to 8400 MT/s. At that speed, the per-channel theoretical bandwidth is 67.2 GB/s, which a lot more than DDR4’s rated maximum of 25.6 GB/s. A typical dual-channel configuration will offer 134 GB/s. Quad-channel 267 GB/s; octa-channel 538 GB/s. Real-world speeds tend to be about 30% lower in practice though.

Beyond speed, there’s a whole stack of other technologies.

*This is the rate of MT/s, which is not the true frequency but an appropriate substitute.

A curious technical limit prevents the memory subsystem from jumping from bank to bank within one round. So it accesses as many banks as it can simultaneously — but to do this it must reduce the speed it withdraws data from each, thus taking longer overall. In DDR5, the burst length is doubled so the time limit is doubled, and subsequently, the number of banks accessed is doubled. Then you get double the data and you need a doubled prefetch length to carry all that data out of the memory.

That might be an oversimplification but it’s the doubling of these three numbers that make DDR5 twice as fast as DDR4, with a few little enhancements and a node shrink down to 10nm providing the rest. That’s also part of why DDR5-8400 isn’t truly operating at 8400 MHz as you’d expect from the name.

SK Hynix is preparing to start mass-production of DDR5 this year. They anticipate it taking 22% of the memory market in 2021 and 43% by 2022, so it won’t be long until all our gaming rigs need an update. AMD’s Zen 3 and Intel’s Sapphire Rapids architectures could both potentially have DDR5 support when they’re launched in the coming year.