Singapore’s Minster for Home Affairs on Wednesday had instructed the correction directive to be issued under the country’s Protection from Online Falsehoods and Manipulation Act (POFMA), citing a January 16 statement published by Lawyers for Liberty that it said contained “untrue, baseless, and preposterous allegations” about Singapore’s use of unlawful and brutal methods in carrying out judicial executions.

After the website failed to comply with the directive, which required it to carry a correction note alongside its original statement, Singapore’s Minister Communications and Information on Thursday ordered industry regulator Infocomm Media Development Authority (IMDA) to issue the access blocking orders. These would require internet service providers (ISPs) here to disable local access to the website. Access would be restored if the website complied with the initial correction directive, the communications ministry said. 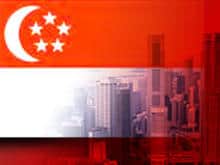 Singapore must look beyond online falsehood laws as elections loom

Country’s government is missing the point with its use of correction directives, when it should be looking more closely at how the legislation can be used to address bigger security threats as it prepares for its first elections since the emergence of technology, such as deepfake, and increased online interference.

Correction notice orders also were issued to other individuals and platforms that shared the January 16 statement from Lawyers for Liberty. These included local activist Kirsten Han and media sites The Online Citizen and Yahoo Singapore, which had shared the content via their Facebook posts and articles.

In response, Lawyers for Liberty confirmed it would not be complying with the correction notice order and, instead, filed a motion in Kuala Lumpur’s High Court on Friday against Singapore’s Home Affairs Minister K. Shanmugam. In its affidavit, according to local reports, the human rights group, which comprised lawyers, argued that the legislation could not be applied to Malaysian citizens in Malaysia and to communication not based in Singapore.

Speaking to media in Kuala Lumpur, the group’s adviser N. Surendran said it filed the lawsuit because the Singapore government was attempting to “encroach upon” freedom of speech in Malaysia. “It seems to me that the Singapore government is more interested in silencing us and keeping the lid on the truth about the method of execution in Changi Prison, rather than getting to the truth about what is happening and take action,” Surendran said, adding that prison officers had corroborated with allegations made in its statement.

At press time, access to the Lawyers for Liberty website was no longer available in Singapore via the networks of at least two local ISPs.

StarHub, in response to ZDNet’s query, confirmed it would comply with the blocking order.

POFMA was passed after a quick public debate and amidst strong criticism it gave the government far-reaching powers over online communication and would be used to stifle free speech as well as quell political opponents. Soon after it came into effect in October, within a month, the legislation was used to issue five correction directions — four of which targeted politicians or political platforms that opposed the government. The fifth was issued to Facebook after the author of the alleged falsehood refused to comply with the original correction direction.

The Act states that ministers must issue a notice of their decision on an application to “vary or cancel” a directive within two working days. The courts would then have six working days to schedule a hearing date if an appeal against a minister’s decision has been filed. This means an appeal of a minister’s decision could be heard at the High Court within nine days of its filing.

It will cost SG$200 to submit an appeal and the applicant will bear no charges for the first three days of a court hearing.

POFMA outlines three kinds of offences: spreading falsehoods that will, or are likely, to harm public interest despite knowing they are false; making a bot with the intent of using it to spread falsehoods; and providing services to facilitate the distribution of falsehoods in return for rewards.

Offenders will face up to three or five years’ imprisonment, a SG$30,000 or SG$50,000 fine, or both. If bots or inauthentic accounts are used to amplify falsehoods, the potential penalties that can be applied are doubled. Offending internet intermediaries, meanwhile, can face up to SG$1 million fine, and will also receive a daily SG$100,000 fine for each day they continue to breach the Act after conviction.

The first appeal against a POFMA order, filed by the Singapore Democratic Party, was recently heard in the High Court and judgement pending.