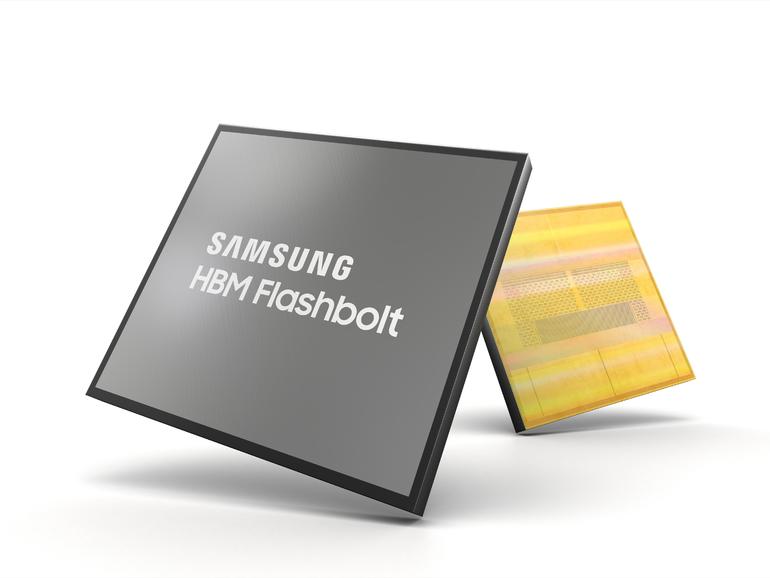 With Flashbolt, Samsung achieved 3.2Gbps throughput and 16GB memory by stacking eight layers of 10-nanometre 16GB DRAM dies on a buffer chip. The package is also interconnected through over 40,000 microscopic holes, dubbed “through silicon via”.

The new offering is 1.3 times faster and doubles the memory capacity of its predecessor, the 20-nanometre Aquabolt, which was launched back in 2018, and will cement the company’s leadership in high performance memory, Samsung said.

The company used its own optimised circuit design for signal transmission, offering memory bandwidth of 410GB/s per stack.

The maximum transfer speed for Flashbolt during testing peaked at 4.2Gbps, or 538GB/s per stack, which could also be applied to certain “next-generation applications,” Samsung added.

Flashbolt will begin production in the first half of the year.

Samsung, the world’s largest memory semiconductor, saw its operating profit halved last year due to the downturn in the memory market but is hoping for a turnaround this year.

When Will We See the Digital Dollar? ‘CryptoDad’ Says Soon

How To Buy Bitcoin and Other Cryptocurrencies Using Paypal

Asia Broadband to Appoint New Management in the Coming Weeks