0Shares
Contents hide
1 Why it matters: The digital footprints used by advertisers to track users around the web will now be blocked by default in Safari, following in the footsteps of Firefox, Tor Browser, and Brave. Google has yet to ship its own block on third-party cookies, presumably because it needs to figure out the tech to replace them.
2 Related Reads

Why it matters: The digital footprints used by advertisers to track users around the web will now be blocked by default in Safari, following in the footsteps of Firefox, Tor Browser, and Brave. Google has yet to ship its own block on third-party cookies, presumably because it needs to figure out the tech to replace them.

Apple recently seeded iOS and iPadOS 13.4 as well as macOS Catalina 10.15.4 to users, with several new productivity features as well as performance and bug fixes.

With those updates, the company also delivered an interesting change to how Safari’s Intelligent Tracking Prevention works. It’s no secret that Apple is a privacy-focused company, but now it wants to take a step forward and block all third-party cookies in Safari by default, which means advertisers won’t be able to track and follow you around the web.

This makes it the first mainstream browser to implement these changes, with the Tor Browser being the first to actually feature full third-party cookie blocking by default. Then there’s Brave, a browser used by over 10 million people and which is close in terms of privacy, save for a few exceptions. Mozilla joined the club with Firefox 69, which also included protection from websites trying to do cryptocurrency mining on your hardware. 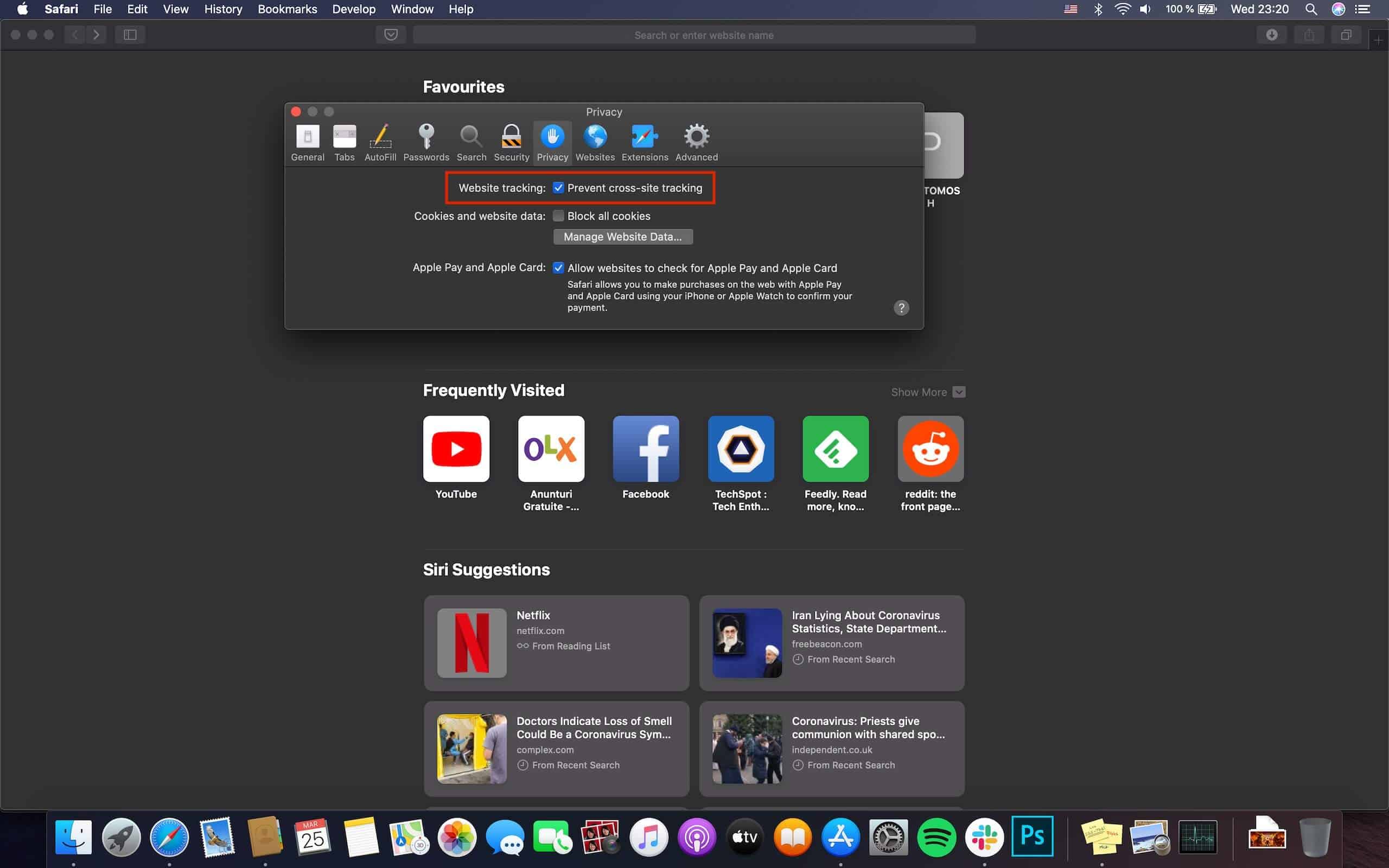 Most Safari users won’t notice the changes, as ITP has been doing this in some capacity for some time now. As noted by Apple’s John Wilander, the WebKit engineer that developed the feature, “it might seem like a bigger change than it is. But we’ve added so many restrictions to ITP since its initial release in 2017 that we are now at a place where most third-party cookies are already blocked in Safari.”

Anti-tracking measures aren’t the only new thing is Safari, which will now limit local storage for websites to just one week, after which it will be automatically deleted. This move could potentially break Offline Web Apps, which is only further indication that Apple never really wanted to support them.

Earlier this year, Google made a similar commitment to make user tracking via third-party cookies obsolete in Chrome, but has planned to achieve that by 2022. The case could be made that the company can do it a lot sooner if it really wanted to, but advertisers have asked it in an open letter to drop the idea altogether, as it would “choke off the economic oxygen from advertising that startups and emerging companies need to survive.”

For its part, Google itself initiated this new direction, so it’s probably working on an alternative technology that could successfully replace third-party cookies and make advertisers happy while protecting user privacy – only time will tell.