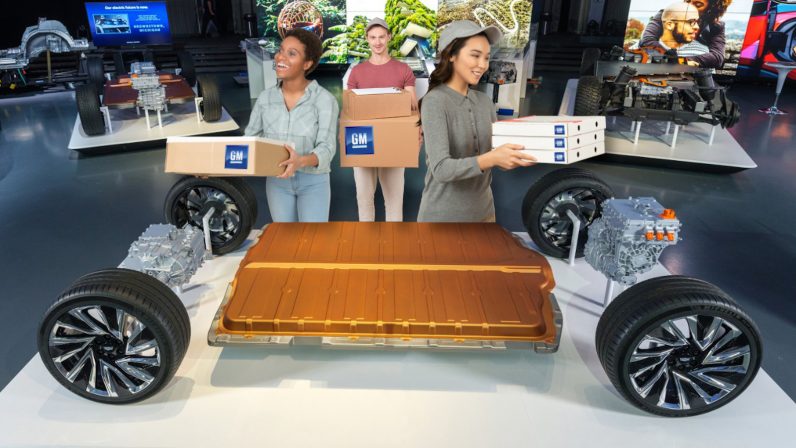 Cars and vans are all slowly shifting to electric power as governments around the world tighten emissions regulations. I know it, you know it, and General Motors knows it too.

In an exclusive interview with Reuters, employees from the US car making titan revealed that the company is working on a whole host of electric vehicles — at least 20 of them — for release over the next three years.

The lineup also reportedly includes a commercial vehicle platform, a van in other words, that is set to rival the EV delivery wagon that Rivian is working on for Amazon. Reuters reports that this van could also be an attempt to preempt a secretive project from EV stalwarts Tesla. Although, no one at GM specifically confirmed this to reporters.

Suppliers to GM said that commercial vehicles are some of the most profitable product lines and, as such, well-known automakers don’t want to “leave the door open for Tesla.”

The van, codenamed BV1, will go into production in the latter half of 2021, according to the sources. The commercial vehicle will reportedly be based on GM‘s Ultium electric vehicle “skateboard.”

It seems that GM is not set on its marketing strategy for the van. Sources say the Detroit automaker is deliberating whether to brand it as Chevrolet, GMC, or even under a totally different brand, Maven. It’s worth remembering Maven is the name of GM’s now defunct ride-sharing division, so this could be an attempt to resurrect the brand in a new way.

Spokespeople from GM are remaining tight-lipped, though. In a statement, the company said that it’s “committed to an all-electric future” but it declined to comment regarding its electric commercial vehicles.

In the public world however, GM announced its 1,000hp all-electric pickup truck which it is going to market under the well-known Hummer brand and sell through GMC dealerships.

The Ultium platform was announced back in March, hailed as an adaptable vehicle base that could challenge Tesla by allowing GM to quickly and cheaply build a variety of EVs on derivatives of a single drivetrain.

GM said its battery tech could cost less than $100 p/kWh. It’s thought, when batteries become cheaper than this, they will make EVs as affordable as combustion engine counterparts.

However, Tesla fans were quick to point out GM‘s claims of the Ultium’s performance were just suggestions on paper, and that no Ultium vehicles actually exist yet, whereas Teslas obviously do.

Though with GM‘s recent announcement, it seems we’ll have to wait another couple of years or so before we see the first Ultium vehicles on the roads.

Dogecoin (DOGE) $ 0.061048
We use cookies to personalise content and ads, to provide social media features and to analyse our traffic. We also share information about your use of our site with our social media, advertising and analytics partners who may combine it with other information that you’ve provided to them or that they’ve collected from your use of their services.
Accept
Read more
Change Settings
Cookie Box Settings
Cookie Box Settings