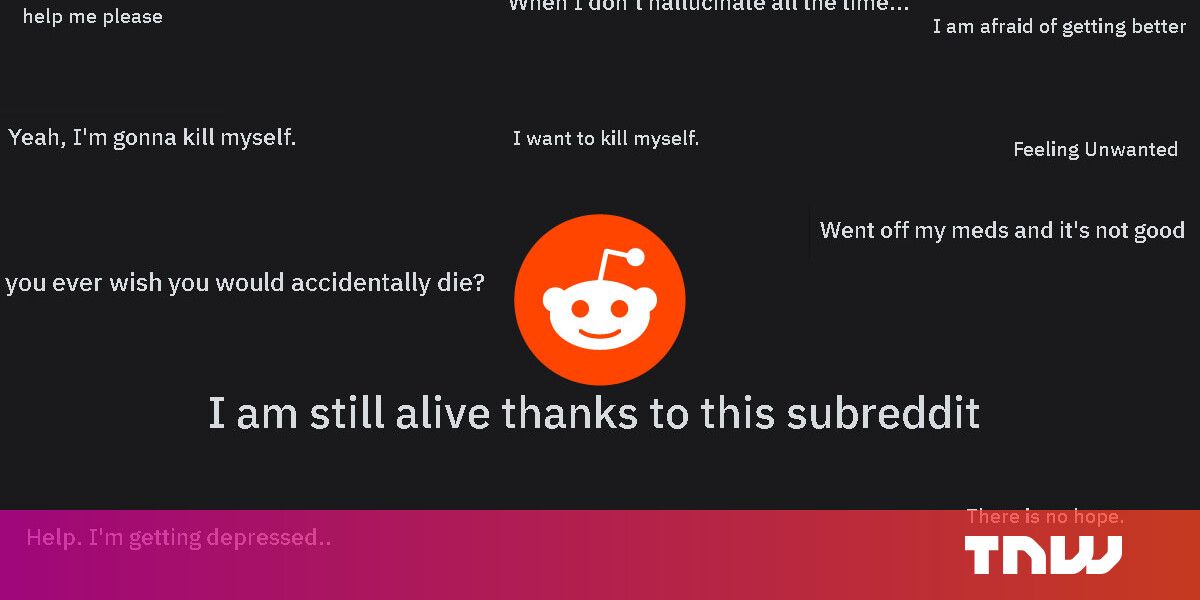 Reddit today revealed it’s rolling out a series of suicide prevention tools. The most important of them is a tool that would potentially get at-risk users the resources they need, in the form of an automated message that other users can send via Reddit‘s reporting feature. To do this, Reddit‘s partnered with Crisis Text Line, a free text service for US-based users that offers support for those struggling with mental health.

Today we’re excited to announce our new integration with @CrisisTextLine. Redditors can now flag when they believe someone is at risk for self-harm or suicide. The person in distress will receive a PM with resources & an option to connect with a counselor. https://t.co/LVI0JHRDsY

Once the tools roll out next week, then Reddit users concerned about another user can flag them for potential self-harm. When they do, Reddit will ask if the reporting user would like Reddit to “reach out” to the affected person. This is where the partnership with Crisis Text Line comes in, as Reddit will reach out to the user to connect them with a counselor from that service.

[Read: People are turning to subreddits in lieu of traditional counseling]

Reddit will then “put them in touch with Crisis Text Line’s trained Crisis Counselors… And because responding to someone who is considering suicide or serious self-harm can bring up hard emotions or may be triggering, Crisis Text Line is also available to people who are reporting someone.”

At the moment, it falls to Reddit moderators to check up on users who have expressed troubling thoughts. For such a broad community — not to mention one that specifically creates spaces, such as r/depression or r/suicidewatch, for people who’re struggling with mental health problems — it leaves a sizable gap in which at-risk users can fall through the cracks. This could potentially help more users speak to people who can help them. In my opinion, if it helps even one person, it’ll have been worth it.

That said, one issue is that Crisis Text Line is currently limited to America, and Reddit is full of users who aren’t American. We’ve reached out to Reddit to know whether the service will still work for users who aren’t in the US.

We at TNW encourage everyone to help and support each other where possible. If you or anyone you know is considering suicide or experiencing intense feelings of anxiety or depression, please call the National Suicide Prevention Lifeline at 1-800-273-8255. For a similar helpline in your country, please visit the International Association for Suicide Prevention.

Announcing our partnership and AMA with Crisis Text Line on Reddit