Prime Lab is excited to launch an Automatic Indexer Deployment Utility for NEAR Protocol that allows developers to deploy their own Production Ready Indexer 82% faster.

SAN FRANCISCO, April 11, 2022 (GLOBE NEWSWIRE) —  Prime Lab is excited to launch an Automatic Indexer Deployment Utility for NEAR Protocol that allows developers to deploy their own Production Ready Indexer 82% faster!

The near-indexer-for-explorer repository available in the NEAR GitHub org provides users with a basic Indexer project that can be deployed to start their own indexer. However, it requires developers to have experience and knowledge of Postgres Databases, Cloud Architecture, Docker, and a high-level understanding of using Cargo.

Prime Lab provides a Terraform-based solution that enables developers and makers on NEAR to deploy the near-indexer-for-explorer project AND all of the infrastructure, databases, security group settings, backups, etc. needed to ensure their project is up and running quickly.

Further information about the Automated Indexer Deployment can be found here.

Prime Lab is generating mass consumer adoption on the NEAR blockchain by empowering builders and businesses to build Near-powered applications in minutes not months.

Further information about Prime Lab can be found at primelab.io

For all media inquiries please contact Andre Botelho at andre.botelho@primelab.io 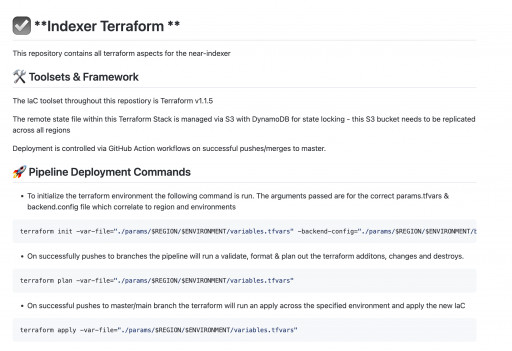