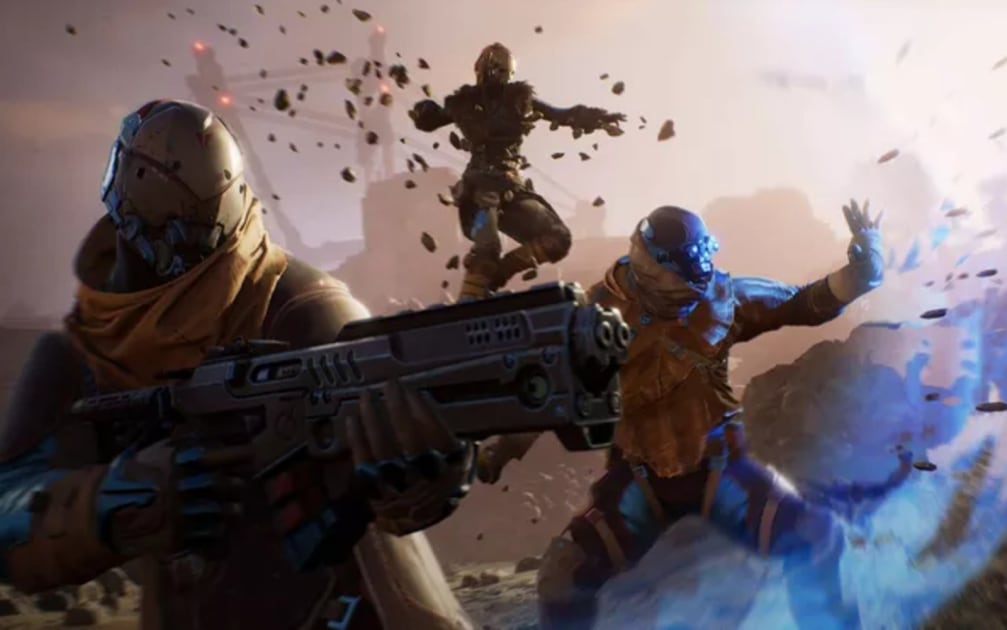 When it comes to moment-to-moment gameplay, Outriders has more in common with Gears of War and Mass Effect: Andromeda than Destiny, which makes sense when you consider People Can Fly worked on Gears of War: Judgement. You control your character from the third-person perspective, and there’s even cover you can get behind. Each class has access to eight abilities, three of which you can use at any one time by binding them to your controller.

The most interesting aspect of the game People Can Fly showed was its “World Tier” difficulty system. If you’ve played Diablo 3, much of this will sound familiar. When you first start playing Outriders, you’ll begin at World Tier 01. There are 15 such levels, and you’ll progress up the ladder by earning experience separate from your character level. With each subsequent tier, the game’s enemies will become stronger, but they’ll also drop better weapons and equipment.

Additionally, each time you gain access to new a World Tier, Outriders will reward you with crafting materials, gear or both. The catch is that you’ll only earn World Tier experience while playing at the highest difficulty available to you. Moreover, if you die, your character will lose a percentage of the World Tier experience they’ve earned up to that point. To succeed at the highest difficulty levels, you’ll need to equip your character with the best possible gear. The game’s difficulty will also scale relative to the number of people you’re playing with so that you and your friends can’t blitz through content.

Toward the end of the stream, People Can Fly mentioned the game’s in-game lore glossary. The studio said all of Outriders’ story would be “on the disk” — clearly a dig at Destiny, which initially relegated its Grimoire to a website you had to read outside of the game. The studio promised to share more about the game when it airs another gameplay stream in June. Outriders will come out this holiday season on PlayStation 5 and Xbox Series X, as well as current-generation consoles and PC.

The Many Facts Pointing to Adam Back Being Satoshi