Why it matters: If you follow developments in the semiconductor industry, it would be easy to see how some people may think Intel is in serious trouble. Several signs have not been promising after all. However, just when you begin to think that Intel’s slipping, the company has seemingly returned to its roots in semiconductor manufacturing to deliver what looks to be very promising improvements in basic transistor technology that should translate in competitive products in a relatively short window.

First, the company announced strong second quarter earnings, but its stock tanked when it revealed yet another problem and delay for its 7nm manufacturing process. Second, related to that, Intel recently lost its crown as the largest and most valuable semiconductor company—a spot it held for decades—to Nvidia. In fact, as of the market’s closing on August 17, the hard-charging Nvidia surpassed a $300 billion market capitalization, versus a $208 billion capitalization for Intel.

Finally, from a CPU performance perspective, it’s been AMD (which crossed over the $100 billion market cap recently and briefly) that has been handily beating Intel nearly across the board on PC desktop, mobile, and even server benchmarks. For a company that has traditionally dominated in all these areas, this has been quite a change.

However, just when you begin to think that Intel’s slipping, the company can surprise you. And so it did, both at Architecture Day and at this week’s Hot Chips conference. The Architecture Day event held last week offered a comprehensive look at a number of innovations that Intel is working on across process technology, chip packaging, core chip architectures, high-speed chiplet-to-chiplet interconnect, security and much more. Importantly, while some of these developments fall into the more theoretical realm, the vast majority are going to bring practical, real-world performance improvements that should translate into offerings that will be highly competitive with AMD’s latest.

Intel returned to its roots in semiconductor manufacturing to deliver what looks to be very promising improvements in basic transistor technology.

Intel returned to its roots in semiconductor manufacturing to deliver what looks to be very promising improvements in basic transistor technology. Until just a year or two ago, Intel was able to use its long history of expertise in chip making to its clear advantage, bringing out regular improvements that other chip makers would often take 18-24 months to catch up to. As process delays and other manufacturing challenges started to pile up, however, it started to look like the company’s in-house manufacturing was becoming more of an albatross around its neck.

With the debut of 10nm SuperFin technology, the company is clearly reminding the rest of the industry that it has a number of different tricks up its sleeve when it comes to core semiconductor capabilities. More importantly, these advances can still be used to make significant progress in areas that companies who don’t make their own chips can’t get access to until their manufacturing partners develop them as well. By leveraging a new metal capacitor technology in conjunction with the company’s enhanced FinFET transistors, Intel claims that the 10nm SuperFin technology enables it to drive higher currents, reduce resistance, and thereby significantly improve performance over traditional transistor designs. In practical terms, the first Intel part to use the new technology (a CPU codenamed Tiger Lake set to be unveiled in early September) is expected to have a performance boost that the company claims is the largest “intranode” (on the same process size) improvement it has ever had.

In fact, Intel says it would be “comparable to a full-node transition”, which is a pretty big statement—though it’s also meant to somewhat counter continued delays down to the 7nm node. Real-world performance remains to be seen, but initial commentary and analysis from those who thoroughly understand the details of chip architectures are promising.

At the same time, the company also recognizes that, as transistors get smaller and smaller and process technologies get harder and harder, it makes sense to separate, or “disaggregate” chip design advances from manufacturing improvements, so that the two elements can move forward on separate timelines. Combining this with the fact that Intel recently openly discussed the idea of using outside chip manufacturing plants, or foundries, to build some of its parts highlights a very practical, arguably even more mature approach to the situation. It also reflects a very different attitude for Intel—one that should help the company progress forward on advanced chip designs, regardless of where (or by whom) they’re ultimately built. 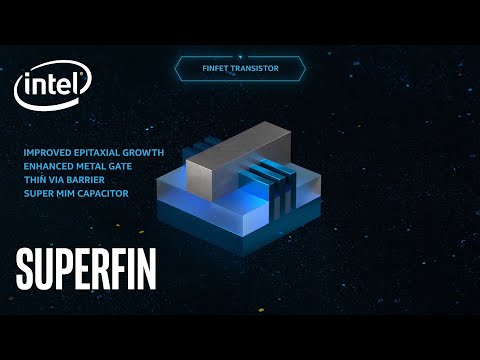 Intel also provided a great deal more information about its Xe GPU architecture, with a particular focus on how it will be able to scale from better integrated graphics—the first iteration will also be part of Tiger Lake—to several different types of discrete GPUs targeted at different markets. Its first standalone GPU, codenamed DG1, is expected later this year, as is a new server-focused GPU. Both of these chips, as well as the integrated GPU, will be based on what they’re calling the Xe-LP (low power) architecture. The company also unveiled a new Xe-HP (high performance) GPU architecture that’s destined for other discrete chips focused on more advanced datacenter applications, such as AI acceleration, as well as a gaming-optimized part that will support ray tracing.

Both at Hot Chips and at Architecture Day, the company also talked a great deal about its software efforts, particularly its OneAPI architecture, which is designed to make the process of programming for any type of non-CPU accelerator (from GPUs, to FPGAs to other AI-focused accelerators and beyond) much easier to do. This is clearly a monumental goal and a challenging task. However, the company seems to be making solid progress and highlighted how software enhancements alone can often lead to significant performance improvements.

The bottom line is that it’s clearly way too early to count Intel out. If nothing else, the significantly more competitive environment in which it finds itself seems to have inspired it to be doing some of its best work in years. Final details are still to come, but the good news is that the company is clearly up for competitive challenges, and regardless of what vendors you choose to support, we will all benefit in the end.

Bob O’Donnell is the founder and chief analyst of TECHnalysis Research, LLC a technology consulting firm that provides strategic consulting and market research services to the technology industry and professional financial community. You can follow him on Twitter @bobodtech.