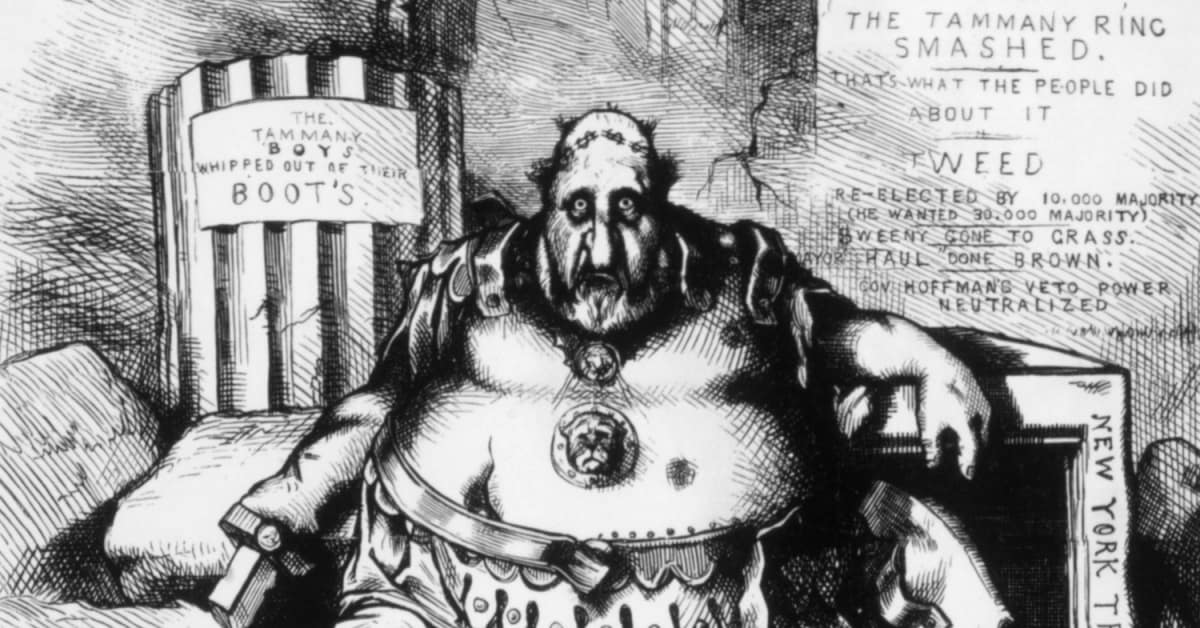 Buying votes is a big no-no in traditional democracies, but on the world’s eighth-largest blockchain it’s become an accepted way of doing business.

A new service makes it easier for EOS block producers, the nodes elected by holders of the cryptocurrency to validate transactions on the network, to share their block rewards with those who voted for them. The service, known as Genpool, was introduced this month by GenerEOS, which itself is a block producer candidate.

Back when EOSIO, the software powering the $3.7 billion EOS chain, was just an idea, the crypto community debated whether delegated proof-of-stake, or DPoS, would lead to validation candidates effectively bribing users to support them. (DPoS is a consensus mechanism that limits the number of node validators to a fixed set.) Early on, the EOS community believed it could prevent such activity.

Now the community is all-in on what proponents call “voter rebates.”

“The Genpool platform is a zero barrier to entry free market ecosystem, connecting proxy owners with voters that are looking to support quality Block Producers (BPs) while being rewarded with a percentage of the additional BP income,” GenerEOS said in a Medium post announcing the service.

While similar services have launched in Asia, Genpool appears to be the first in the English-speaking EOS world explicitly designed to help token holders find the best payouts for their votes from block producers. (Like bitcoin (BTC) miners, EOS block producers are rewarded with freshly minted cryptocurrency for recording transactions on the public ledger.) In short, Genpool lets EOS (EOS) holders get paid to participate in governance.

To critics, this fulfills longstanding fears that in a system where governance is delgated, the richest will dominate. Permitting payments makes it even easier for the wealthiest to cement their position.

There is nothing stopping a validator from acting is if it were more than one entity, allowing whales to hold multiple spots on the governing council of block producers, effectively mounting a Sybil attack, the research team at the Binance cryptocurrency exchange wrote in a report released Feb. 18.

“A single actor may register multiple block producer accounts and multiply their voting weight at a negligible cost,” the report said. “Simultaneously, having multiple BP entities allows [that actor] to allocate more block rewards to voters, increasing the competitiveness of the underlying actor.”

Binance stopped withdrawals of eos tokens in late January when it saw instability on the network, possibly due to upgrades to the latest version of the EOSIO software released by Block.One.  Other exchanges such as Upbit and OKEx paused withdrawals at the time.

Contents hide
1 What are proxies?
2 Against it, then for it
3 It is what it is
4 Vitalik, vindicated

Genpool will probably sound a little convoluted to those who aren’t well versed in EOS, so hang tight.

To recap, every eos holder has the option to stake their tokens to the vote for block producers, the entities that validate transactions on the network and ultimately hold all power over code changes and even wallet validity.

In fact, getting enough votes staked was the big holdup for launching EOS after Block.One released the EOSIO software.

Each holder can vote for up to 30 block producers, but they don’t have to. Votes are allocated in proportion to the amount of currency the voter holds. If someone has five eos and stakes it all to vote, each block producer candidate they voted for gets five votes, whether the holder picked three, seven or 17 of them.

But deciding on 30 entities to vote for is hard. Hence, voter proxies have arisen on EOS. These services choose a slate of BP candidates to vote for and voters can simply point their eos at the proxy.

Because the proxies get rewards when they vote for BPs who share their inflation rewards, they can in turn share those rewards with voters who back them.

Genpool is going one step further, making it easy to find proxies with attractive rewards and other attributes that the voter might be looking for (such as fee, philosophy, stake volume and etc).

Against it, then for it

When EOS was first getting off the ground (an arduous process CoinDesk covered closely in 2018), the early participants spent a lot of time coming up with a constitution to govern the ecosystem. That draft constitution banned vote-buying and reflected a consensus among the grassroots organizations that launched EOS.

But EOS launched without incorporating any governance process into its code beyond picking BPs. When the blockchain went up, the whales rolled in and the constitution was proven to be a dead letter from the jump.

In late 2018, vote-buying made for a mild scandal on EOS. The following year, EOS dropped the idea of a constitution for an end-user license agreement – with no mention of vote-buying at all. Today, vote-buying is not only tolerated, it’s normal.

Colin Talks Crypto, a pseudonymous YouTuber and proxy leader who is long EOS but critical of its current governance, created a voting proxy specifically to fight vote-buying. But in a video released in September, he acknowledged the realities of vote-buying and announced he was creating a second proxy that supported the best block producer that buy votes.

Brendan Blumer, the CEO of Block.One, which created the software that runs the EOS blockchain, has also come out in favor of vote-buying.

As CoinDesk has previously reported, Block.One sits on such a large amount of tokens that it could completely change the makeup of the voting structure, but so far it hasn’t voted on governance participants. However, Blumer tweeted Feb. 19 suggesting the company could start voting its tokens this year.

“B1 voting is coming,” he wrote. “We’re working towards the establishment of a non-profit entity that will give token holders another voting option and will work to redefine public blockchain viability and competitiveness.”

It is what it is

The general consensus of crypto thought leaders polled by CoinDesk seems to be this: Vote-buying in blockchain governance is likely inevitable.

CoinShares Chief Strategy Officer Meltem Demirors called crypto governance itself a “hot mess,” but said a service to help manage the buying and selling of votes was better than an opaque market. Of the idea of a service that makes bidding out votes easy, she wrote, “Great – let’s set a transparent price for governance.”

“Collusion, coercion, manipulation, lobbying, bribing and gerrymandering are part and parcel to the processes of modern democracies. It would be foolish to believe that crypto governance would be absent of these forces,” she told CoinDesk, echoing similar comments from a year ago.

Spencer Bogart, of Blockchain Capital, sounded similarly resigned to the situation, telling CoinDesk, “I think most, if not all, on-chain governance schemes will eventually amount to implicit or explicit vote-buying schemes, so it may be in EOS’s interest to simply embrace this fact rather than resist it.”

Bogart, it should be noted, has been skeptical of EOS since before its launch.

When it becomes normal, he wrote, “there is no incentive to really learn about whether someone is a trustworthy node operator and, moreover, there is no ‘payback’ to being trustworthy. You earn as much as you payout just to be a node.”

But he conceded that it could all still work out. “The question is whether all of this is bad: after all, the network is being operated and costs are being covered,” he wrote.

For the record, Vitalik Buterin called all of this.

The ethereum (ETH) creator weighed in on what he saw as the inevitable vote-buying to come on EOS in a March 2018 post titled, “Governance, Part 2: Plutocracy Is Still Bad.”

“Bribery is, in fact, bad,” Buterin wrote. “There are actually people who dispute this claim; the usual argument has something to do with market efficiency.”

He argued that vote-buying led to centralization in ways that just imitated the old economy crypto was meant to upend.

“The average voter has only a very small chance of impacting which delegates get selected … their incentive is to vote for whoever offers the highest and most reliable bribe,” he wrote.

Indeed, the only real power eos holders have on the network is to vote block producers in or out. On the Tezos blockchain, by contrast, regular holders vote on code changes. On EOS, even updates are wholly the purview of block producers.

That said, voters can kick out BPs at any time, as described above, but there are a lot of voters and only a few BPs – a real imbalance in ease of coordination.

The heart of Buterin’s prediction about vote-buying comes down to cartels. He described how delegate candidates will inevitably start offering better and better terms to voters to win votes, until at some point a bloc forms to stabilize the instability. Worse, as Binance’s report describes, there can even be single-entity cartels: organizations that take up more than one slot on the list of block producers, by pretending to be multiple entities.

Rumors of cartels on EOS abound but clear evidence hasn’t yet come to light. Meanwhile, evidence of vote-buying has, so that even its discontents have come to accept it. As long as the code allows it, people will do it.

“Playing by the rules right now is the best we can do on EOS until we can actually fix governance,” Colin TalksCrypto said in his video. 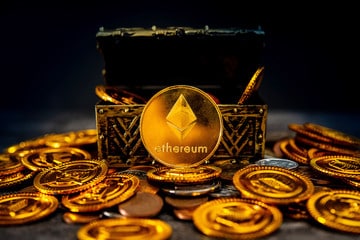