Muhammad Ali – Still Delivering Technical Knockouts after all these Years

Washington, D.C., Aug 19, 2021 – (ACN Newswire) – Years after his untimely death, Former World Heavyweight Boxing Legend is still delivering Knockouts. In the first every foray into the world of Blockchain, Muhammad Ali with his first ever collection of NFT’s has landed yet another knockout punch. In conjunction with London-based Photographer Christina Jansen, Dublin-based Blockchain Developers dMerch and in association with UK Boxing Charity “Boxing Futures” “Muhammad Ali: Through the Lens – A Collection by Christina Jansen” sold out within 8 minutes. In a collection of beautifully sensitive images photographed by Christina Jansen, photographed over a two-week period in the 1980’s, “Through the Lens” captures the inner sensitivity of the great man himself.

“Photographing Muhammad Ali was one of the most inspiring jobs I have ever had . Over a period of two weeks on and off the set I witnessed how he treated everyone who approached him the same. It didn’t matter to Ali where you came from or what you did. I felt so blessed to have the chance to talk to him and get to know this great man like a close friend. Ali told me his Philosophy in life ‘If you reach for the moon you might end up next door, but if you reach for the stars you will get to the moon’. He encouraged me and others to reach for their goals and not be afraid to take risks in life,” said Christina Jansen. “Muhammad Ali had a gentleness outside the ring. He connected with everyone ..especially children. He had a generous heart and a great sense of humour and was constantly telling jokes.

“I took these photographs of the Greatest in 1986 in London. I have cherished these images but I have not showed them to the world thus far. I am so happy that using NFT’s I can now share them with the old and new generation of fans. Keeping his unique spirit alive.”

The collection went live at 6.00 pm and by 8 minutes past the hour, the collection had sold out. $150K of NFT’s sold within minutes and to add further to the aura of the great man himself, a further $10K of NFT’s were sold with the proceeds going directly to the Boxing Futures, a charity dedicated to supporting the Boxing stars of tomorrow. 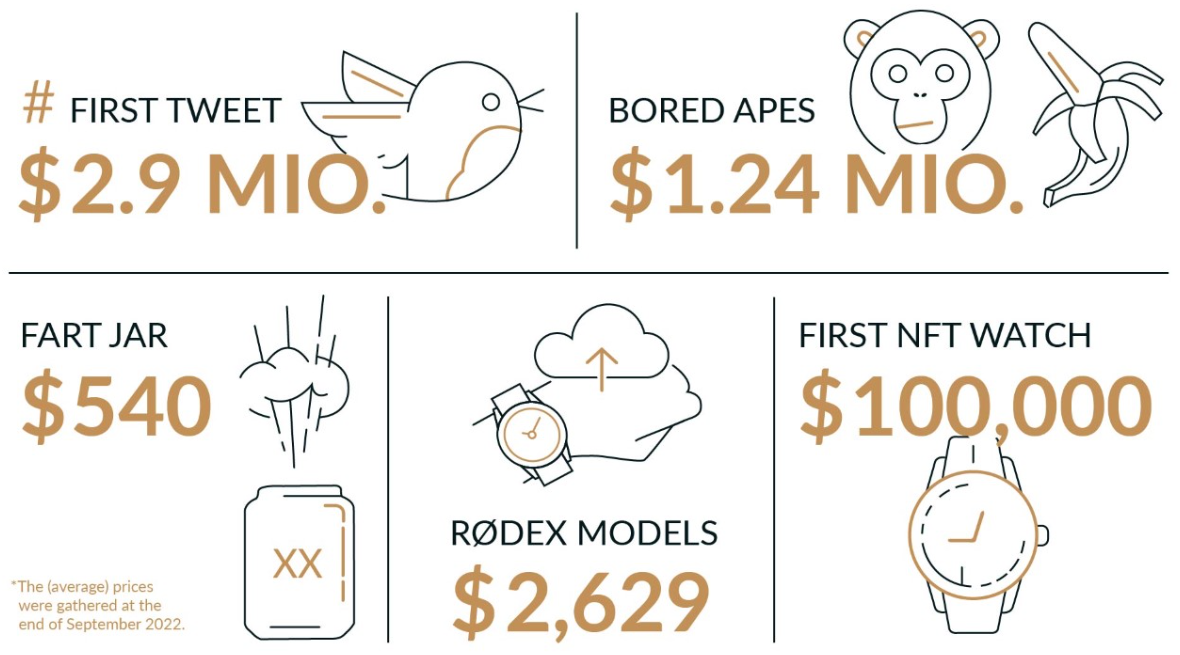 The Significance of Luxury NFT Watches