Bottom line: Adobe’s next update for Premiere Pro will implement hardware-accelerated video encoding for huge gains in exporting. Version 14.2 of Premiere Pro and Adobe Media Encoder will leverage the discrete hardware encoders on Nvidia and AMD GPUs to boost export times by as much as 400 percent. After Effects and Audition will also receive GPU acceleration.

Hardware acceleration in Premiere Pro is nothing new. It has been using Nvidia CUDA for acceleration for a while now. Version 14.2 incorporates Nvidia’s Nvencode API to utilize the video card’s hardware-based NVENC encoder. Likewise, the patch will use the VCE hardware encoder on AMD GPUs. Both will significantly improve export times over using the CPU alone, especially when working with 4K video. 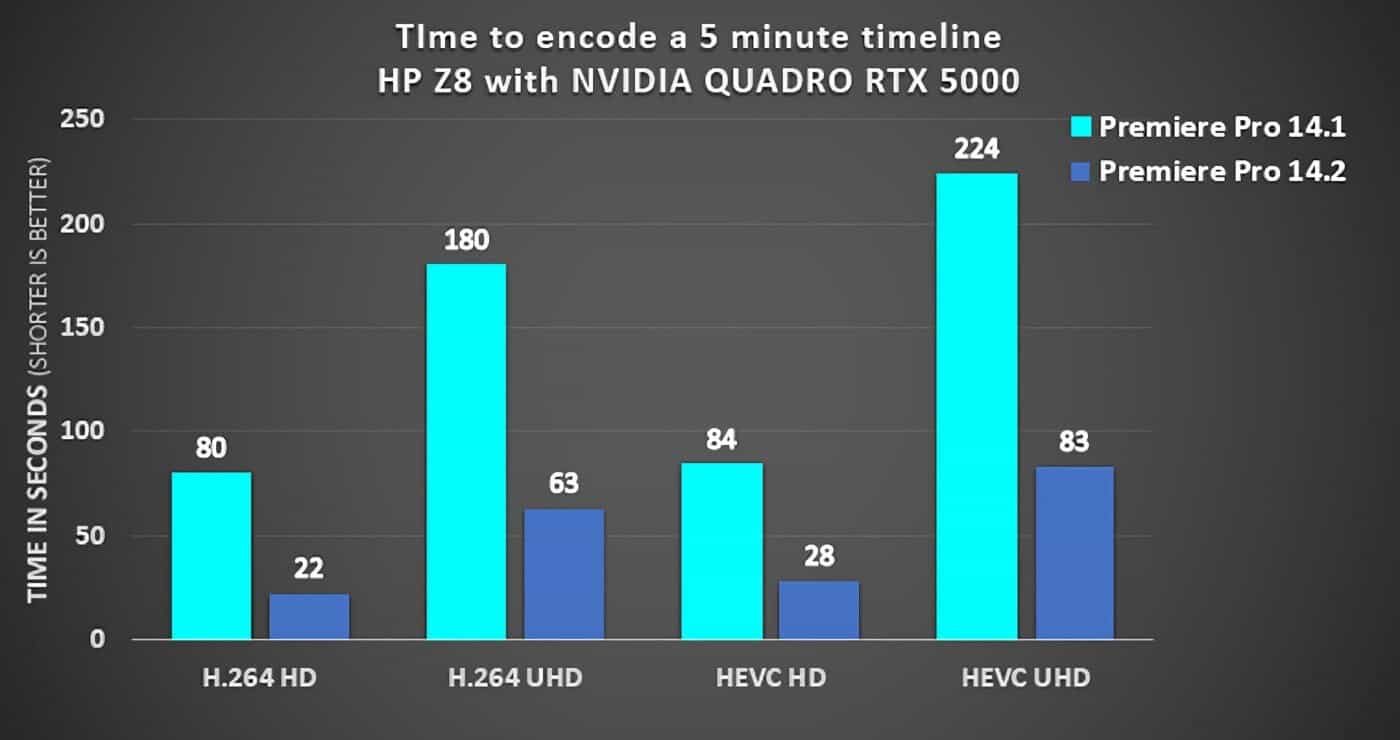 “These improvements are the result of years of collaboration between Nvidia and Adobe to deliver high-quality applications and tools to creators,” said Adobe’s Senior Engineering Manager Manish Kulkarni. “With new support for NVIDIA GPUs on Windows, exports are hardware accelerated leveraging the power of the GPU to make Premiere Pro more powerful and keep video creators productive and nimble.”

The update also supports Apple’s ProRes RAW files, so importing and exporting between Window and macOS is a single-step affair with the same acceleration. 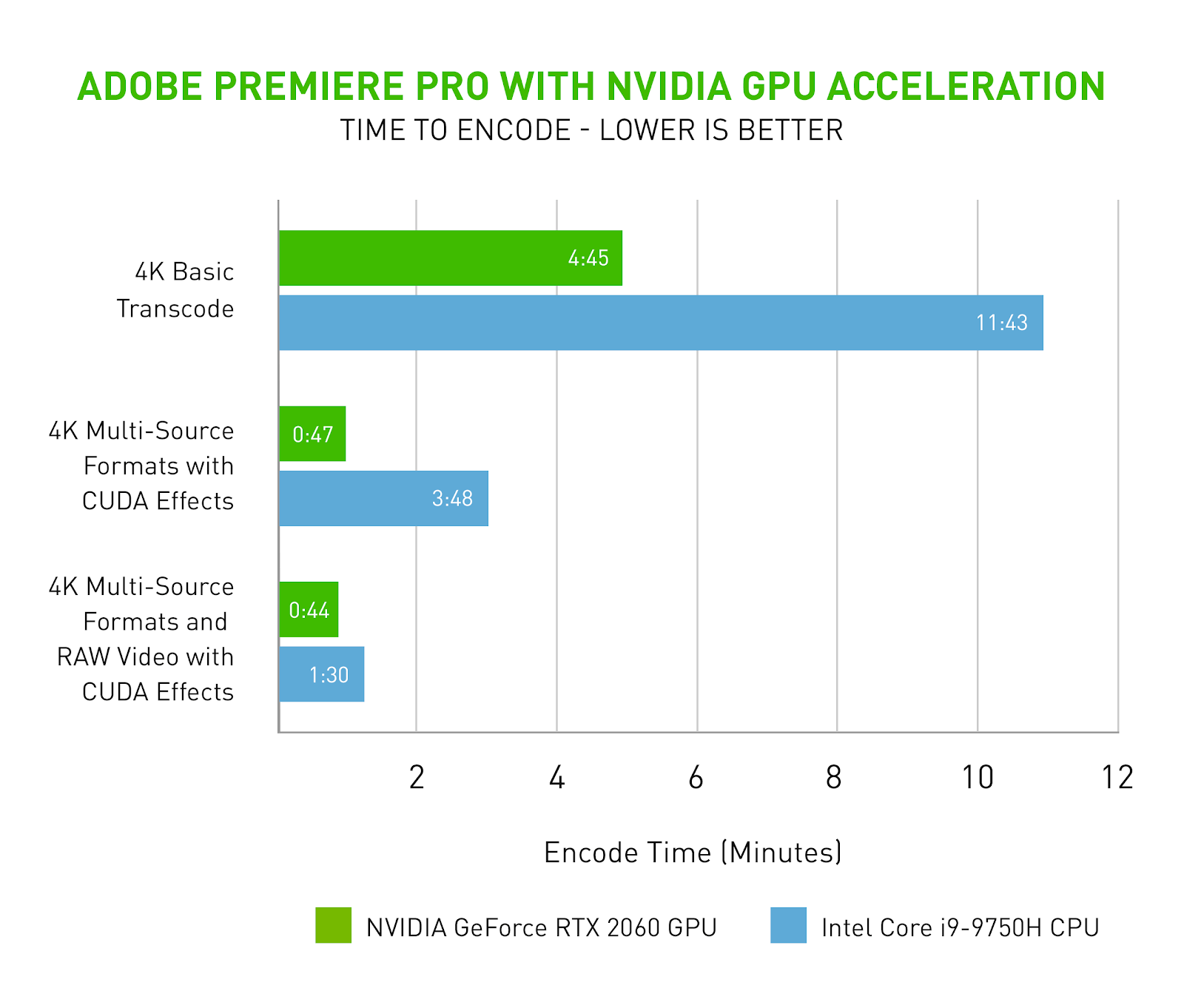 In a practical application using a GeForce RTX 2060 versus and Intel Core i9 9750H, Nvidia found the RTX to be about two-and-a-half times faster with 4K basic transcode. Of course, it is worth noting that Nvidia was using a six-core laptop CPU in the comparison. Adobe recommends “a fast (3.2GHz or higher) CPU with eight cores for video editing workstations running Premiere Pro.

“Core i7 or Core i9 Intel processors or AMD equivalents are strongly recommended,” says Adobe in its help pages. “Depending on the task, Premiere Pro runs at 93-98% efficiency with 8 cores.”

That said, Adobe promises the performance gains from version 14.1 to 14.2 will be worth it. It should be releasing the update later this week.