NEOS-AI, a subsidiary of EMUQ Tech, specializes in the digital streaming space. They have created an artificial intelligence (AI) tool that scans and analyzes information received into a database. This database then assembles all the metadata with its corresponding assets. Interestingly, this technology was created to replace human tasks including organizing, sorting, and structuring music libraries.

This technology creates with maximum efficiency and accuracy simultaneously ensuring that the organized libraries are ready for use. With this technology, the future of the music industry is already here. EMUQ Tech has created an AI curation system that runs entirely on automation. Apart from data indexing, NEOS-AI can create curated albums almost instantly. 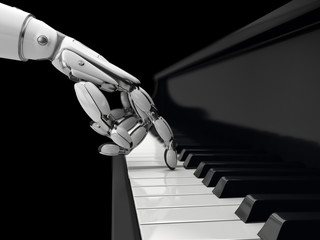 This tool is quite customizable and can set up and generate albums based on mood, tempo, genre, artist, and much more. The system assigns the best selection for commercial success in music distribution using user behavior analytics to determine what tracks to include in every release.

EMUQ has already mastered the ability to create playlists, albums, and artwork. It then automates the whole distribution process that can be integrated into any type of aggregator. In the last 11 months, they managed to create and distribute 100,000 compilations that include TikTok hit songs and featured content on Apple Music and Spotify.

After the compilations are created within the system, all albums are submitted automatically for digital distribution, streaming, and downloads. Today, it has an outreach of more than 30 music marketplaces globally including AmazonMusic, YouTube, and much more.

Research shows that NEOS-AI aims to enhance the value of existing music catalogs. They want to release them in compilations that reach over 30 digital music marketplaces globally. The purpose is to maximize revenues and increase exposure which may open doors for gran business opportunities.

The process features several simple steps, uploading catalogs into their system, and then have compilations generated from these catalogs. From then onwards, users can start earning from their music. Content owners get paid for all streamings and download royalties generated for the last 90 days from the official release date of every album, till the end of its quarter.

For instance, Quarter 1 = January–March (Payout in mid-May), Quarter 4 = October-December (Payout in mid-February of the following year), and so forth. Payments will get issued electronically through PayPal. This partnership between Music Distributors and Catalogue Owners (Labels) means that NEOS-AI is free. But, the distribution of physical music copies like CD and Vinyl is strictly prohibited.

There are no language or genre restrictions provided that proper and accurate information is given on an album’s metadata. NEOS-AI says that compilations can take a total of 30 tracks. However, several aspects are put into consideration when it comes to the number of tracks compiled in one album.

Albums are created to deliver high quality and commercial success of every release. Marketplaces must have metadata for every track in their catalog to ensure that the music is released. The metadata consists of the title, artist, genre, composer, and author respectively. There are scenarios where metadata is retrieved from audio files. However, every case is unique in its ways.

The platform enables users to restrict tracks from being released in various territories. Songs in the compilations are released based on the geo-restrictions mentioned in the user’s license agreement. 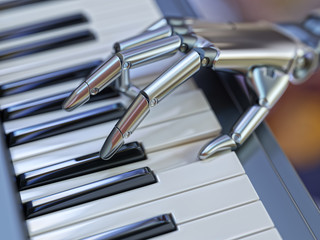 In the case of license expiration or copyright issues, tracks and even entire albums can be removed from the digital music marketplace. Nonetheless, this removal process has to be done with proper reasoning and moderation because it can greatly affect the label’s reputation. With such technology  like NEOS-AI coming into the music sector, issues about copyright breaches will become a thing of the past.