The telescope itself consists of an 8.4-foot wide dish antenna along with mirrors, lenses and detectors designed to capture far-infrared light. Because far-infrared telescopes need to be kept cold, it will also carry a cryocooler that keeps the detectors close to -451.3 degrees Fahrenheit, just a shade above absolute zero.

The telescope will observe four targets, including star-forming Carina Nebula (above) in the Milky Way. It will measure the motion, speed and density of gases surrounding newly formed stars and check for the presence of certain types of nitrogen ions. “These nitrogen ions can reveal places where winds from massive stars and supernova explosions have reshaped the gas clouds within these star-forming regions,” NASA wrote.

Those outbursts create something called stellar feedback that can either prevent or accelerate star formation. By learning more about the process, “the team hopes to gain insight into how stellar feedback works and to provide new information to refine computer simulations of galaxy evolution.”

ASTHROS is designed to make two or three loops around the South Pole over three to four weeks, carried by stratospheric prevailing winds. At the end of that time, operators will send a command to separate the balloon from the gondola, which will float back to Earth on a parachute for eventual reuse. The tentative launch date is December, 2023 from Antarctica.

0Shares
asthrosballooninfrarednasaNewsstarsstratosphericTelescopetomorrow
Previous PostIs This The Real Satoshi Nakamoto? (From the Archives)Next PostBlockchain could streamline data selection for AI learning 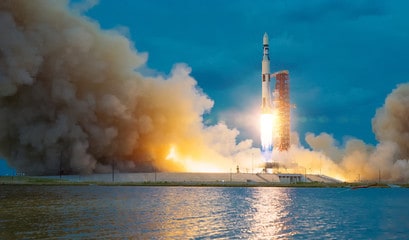