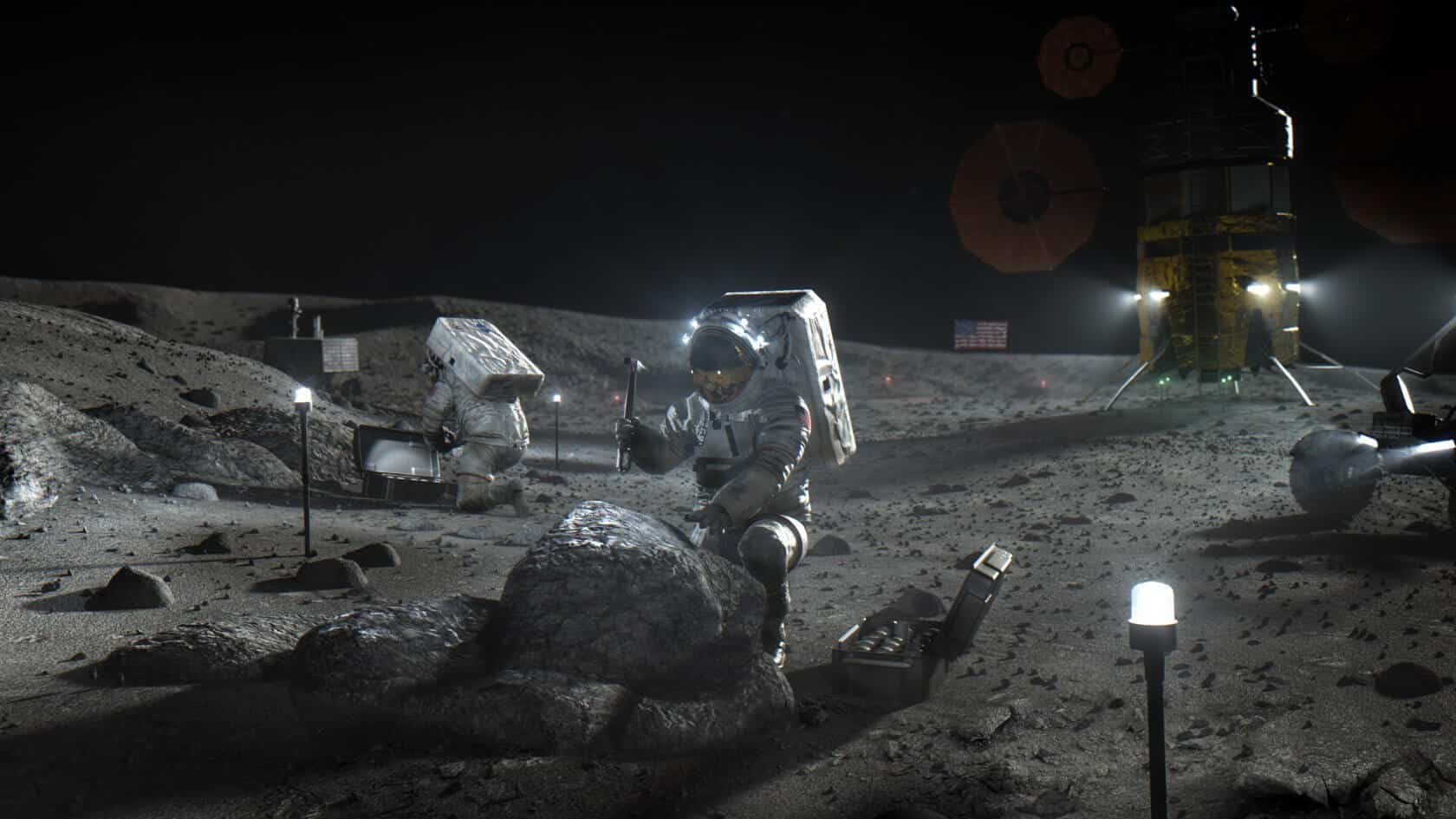 In context: Elon Musk’s SpaceX and Amazon’s Blue Origin received some very positive news today. NASA has awarded both corporations lucrative contracts in exchange for their promise to design and develop human landing systems for the space agency’s “Artemis” program.

As part of the program, one of these human landing systems (HLS) will be used to deliver the “first woman and next man” to the Moon’s surface within the next four years: an ambitious time frame, but one NASA’s funding should make possible. Blue Origin received a $579 million contract, whereas SpaceX received a smaller $135 million contract. The total cash pool is $967 million, and the remainder ($253 million) went toward the lesser-known Dynetics.

Blue Origin’s HLS will be a three-stage lander, which will use the “New Glenn Rocket System” and the “ULA Vulcan launch system” to take off. Dynetics is developing a “single structure” that also uses the ULA Vulcan launch system. SpaceX will continue development on its Starship, a “fully integrated” lander that will be built-in to the company’s Super Heavy rocket.

Each contract’s “base period” will run until February 2021, and based on each company’s progress, NASA will select one to perform “initial demonstration missions.” Beyond funding, NASA will be providing other forms of support to each participating company, including design assistance, analysis, and testing capabilities.

We look forward to seeing how the Artemis program progresses over the next few years, and we can’t wait to see humanity return to the surface of the Moon once more.

Dogecoin (DOGE) $ 0.060296
We use cookies to personalise content and ads, to provide social media features and to analyse our traffic. We also share information about your use of our site with our social media, advertising and analytics partners who may combine it with other information that you’ve provided to them or that they’ve collected from your use of their services.
Accept
Read more
Change Settings
Cookie Box Settings
Cookie Box Settings