HANOI, Vietnam, Sept. 03, 2021 (GLOBE NEWSWIRE) — Recently, MyMasterWar team has proudly announced that they will raise capital to develop the project for the seed and private round early September 2021. MyMasterWar is the well-known game around the world, particularly in VietNam and Asian nations. In the game, there are two kinds of tokens: fungible tokens and non-fungible tokens (NFT).

MyMasterWar NFT game is quite similar to traditional games. The distinction is that blockchain technology, in addition to the “play to earn” and profit sharing, is used in the game. Players may enjoy the game while also earning a profit from it.

Players in the MyMasterWar Game may create their own scenarios; each participant is like a king of a nation, and they can pick generals, construct armies, design strategies, and conduct battles. The key to winning wars, conquering strongholds, and uniting the world is in the selection of generals, general equipment, and combat tactics.

The MyMasterWar team recognize that these elements are critical to the player’s experience and ability to succeed in the game, therefore they have placed these generals and game goods on the blockchain (tokenization), allowing players to truly experience the game and control these indefinitely and openly. 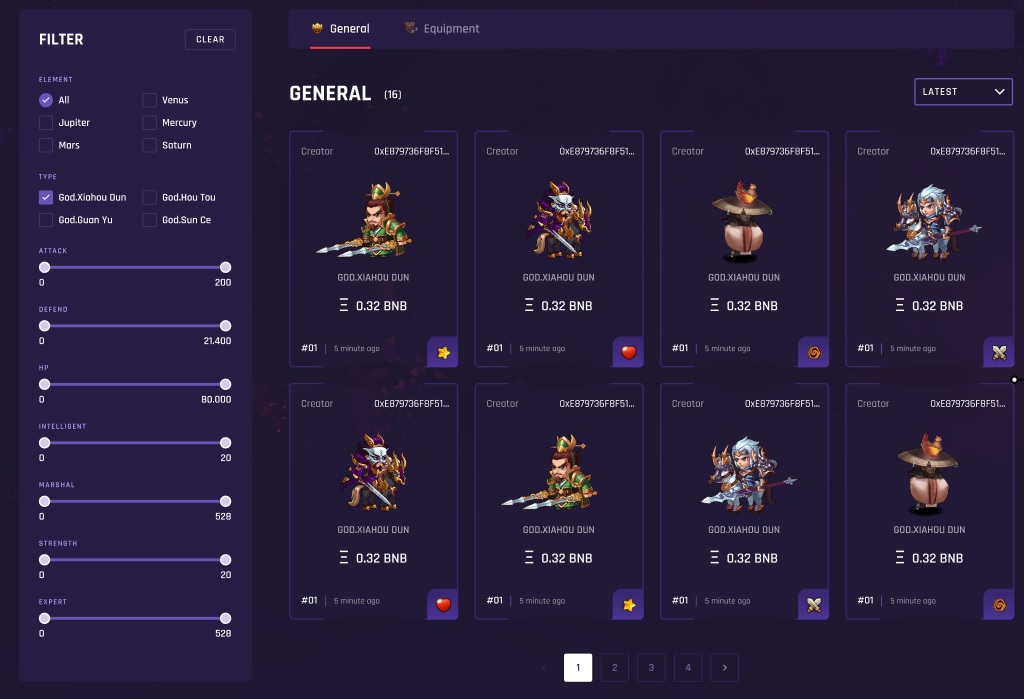 Economics of the Token

The company is dedicated to creating long-lasting games, communities, and ecosystems. As a result, all token parameters such as total quantity, allocation ratio, lock rate, and so on are carefully evaluated.

The MAT token may be obtained by requesting to be whitelisted during the private auction or public IDO round. Alternatively, you may simply play the game to obtain the MAT token. More information may be found on the official website (https://mymasterwar.com).

Players may profit by winning battles, seizing strongholds, selling NFT generals on the market, or just encouraging others to join the game. Players may begin playing right away without having to purchase anything. Purchasing NFT generals or game goods enhances the players’ chances of making more money.

The majority of MAT tokens are used in the game environment. The team is experienced developers in the field of information technology, game publishing, blockchain. The team is very famous in Vietnam. The founder and development team each owns 10% of the entire token, and the token is locked in smart contracts (only 5% freed during the distribution period), therefore the company does not have the power to dump the price at all.

Polygon (MATIC) $ 1.25
We use cookies to personalise content and ads, to provide social media features and to analyse our traffic. We also share information about your use of our site with our social media, advertising and analytics partners who may combine it with other information that you’ve provided to them or that they’ve collected from your use of their services.
Accept
Read more
Change Settings
Cookie Box Settings
Cookie Box Settings