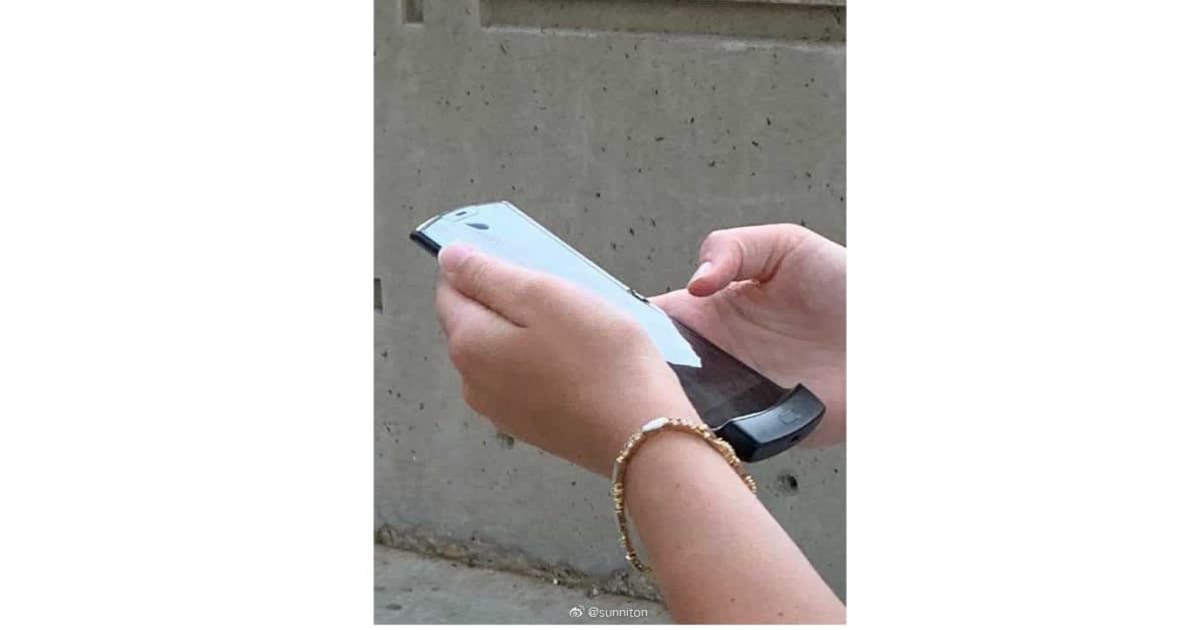 Yesterday a flurry of leaked photos showed Motorola’s upcoming RAZR posed for press pics, but now a picture has surfaced on China’s Weibo network claiming to show one in the wild. Sunniton posted this picture saying it was the real thing, showing the device fully unfolded, in someone’s hands. The chunky bottom chin is on full display, and what appears to be a notch at the top.

At this point we’ve heard all about its purported $1,500 price, midrange-ish specs and of course, the flexible screen inside that might bring back the classic feeling of snapping a phone closed to end a call. Yesterday’s pictures also showed that the device could be used by touch with it folded closed thanks to controls and a small screen on the outside that’s also useful for taking selfies. With less than two weeks to go before Motorola’s planned press event on November 13th, we can only wait and see what else leaks out before the device is officially revealed.