On top of the main 64-megapixel camera, there’s a 118-degree ultra-wide angle lens, along with a laser system that focuses even in the dark. Those cameras are powered by Google’s CameraX API, meaning “third party apps like Instagram can take advantage of Motorola’s camera AI technology, like HDR, Night Vision and Portrait Mode,” Motorola said. 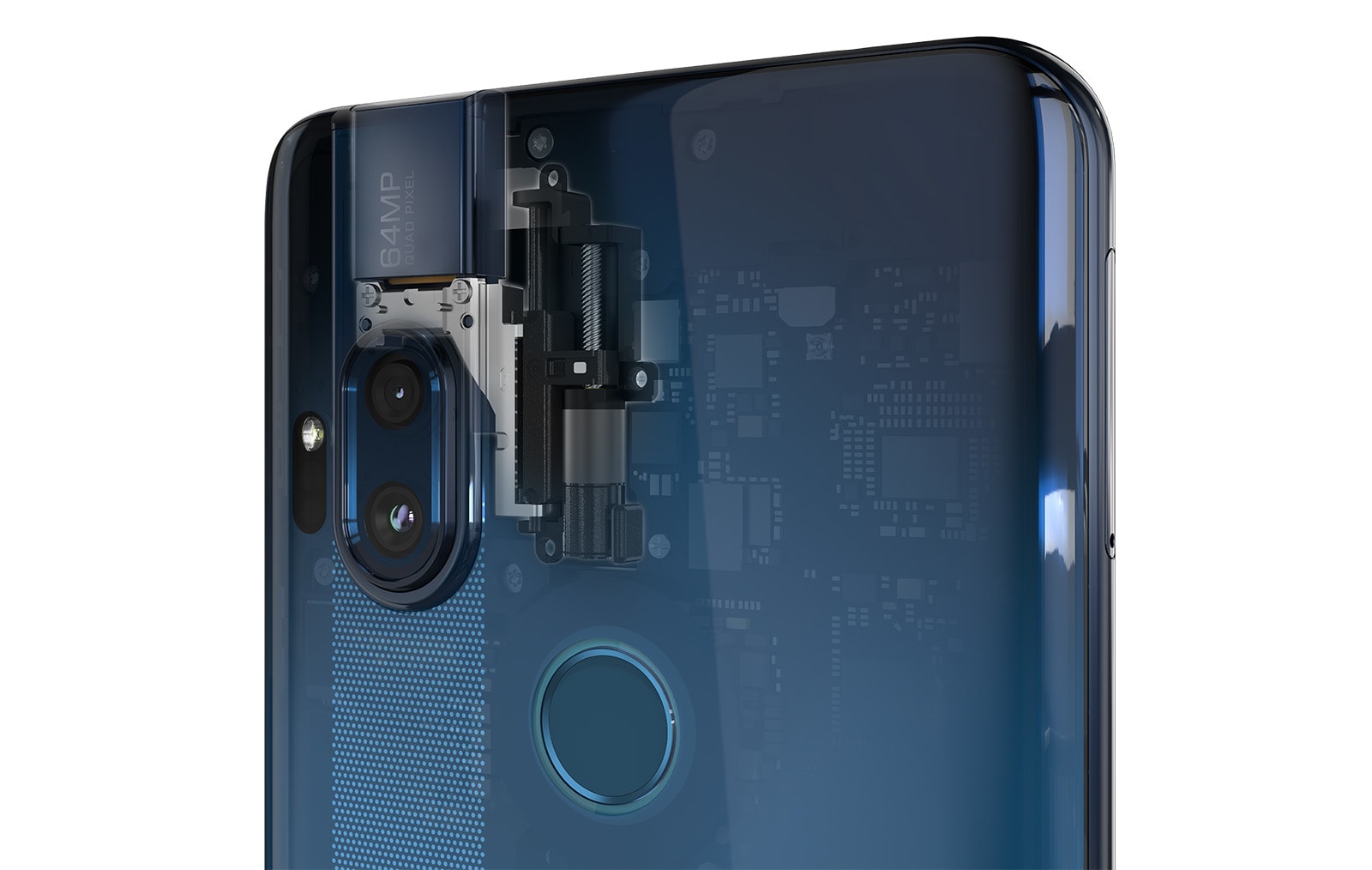 Thanks to that pop-up selfie phone, the One Hyper’s 6.5-inch 1,080 x 2,430 “Total Vision” display is nearly bezel free. While it’s not the thinnest-looking device (again thanks probably to that pop-up camera), it does have 4,000 mAh battery that you can charge up quickly to 75 percent in 30 minutes, via the 45W charger.

Other features include a Qualcomm Snapdragon 675 octa-core processor, 4GB of RAM and 128GB of storage that’s expandable up to 1TB. Best of all for purists, it runs a “bloatware-free” version of Android 10, Motorola said.

The Motorola One Hyper has a water-repellent design and will ship in “Deepsea Blue,” “Dark Amber” and “Fresh Orchid.” It’s now available in the US exclusively on Motorola.com as an unlocked device for $400, and will work on carriers like AT&T and T-Mobile, Motorola said. It’ll also arrive today in Latin America and select European countries.