These days whenever you select a flagship smartphone, you generally get more or less the same fundamental formula no matter the vendor you chose. It’s a glass slab with a screen, and more often than not even the internal hardware powering the phones isn’t all that different, with just a few exceptions. Whilst most vendors try to differentiate themselves in their designs and ergonomics – some with more success than others – the one aspect where smartphones can still be very different from each other is their cameras.

This year we’ve seen smartphones with more variety than ever in terms of their camera setups. The last few years has seen an explosion of fast-paced innovation in the image capture abilities of smartphones, with vendors focusing on this last aspect of a phone where they can truly differentiate themselves from others, and try to one-up the competition.

We’re halfway through 2020, and almost all vendors have released their primary flagship devices – many of which we still had yet to cover in full reviews. This was a perfect opportunity to put all of the new generation devices against each other and compare their cameras systems to really showcase just how different (or similar) they are to each other. Today’s article is a battle-royale for smartphone photography, providing an apples-to-apples comparison across the most important devices available today.

The Phones – A Camera Overview

Before we go into the picture reviews and analysis of the different scenarios, it’s good to have a refresher of what the different phones sport in terms of their hardware, and what makes them stand out from the rest of the crowd. 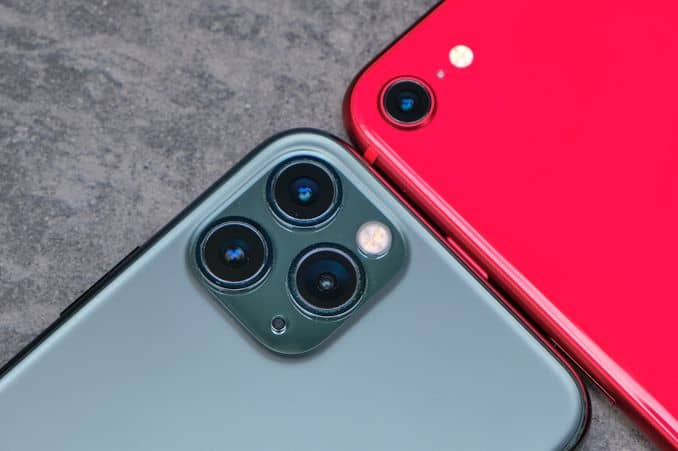 Apple’s phones here represent the oldest devices in the round-up, being released last September. The iPhone 11 Pro was a major step-up for Apple in the camera department – both design-wise and hardware-wise. On the main camera sensor Apple still went with a regular 12MP Bayer sensor, employing 1.4µm pixels as its predecessors, but for the first time we see the use of dual-photodiodes which can serve as full sensor phase-detect auto-focus points as well as aid wider dynamic range exposures.

The main camera is joined by a 12MP telephoto module, as well as for the first time for Apple a ultra-wide-angle module that had been the great rage in 2019. All in all, Apple’s hardware wasn’t all that innovative as there’s nothing here that we haven’t seen before. Where the iPhone does differ is in its image processing, as the new A13 chip here is able to employ a stronger ISP and greater computing performance, allowing new features such as night mode and deep fusion image merging for better details.

In April this year, Apple also launched the iPhone SE. This budget iPhone uses the same camera hardware as on the iPhone 8, but takes advantage of some of the new image processing prowess of the A13 chip. It’s a simple single camera setup, so it’s a pretty straightforward design. 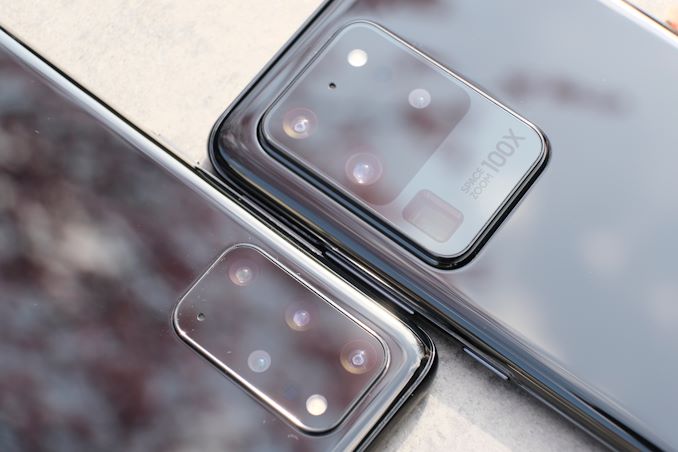 Samsung’s Galaxy S20 series also had a huge year in 2020 in terms of the camera hardware. Starting off with the new Galaxy S20+, Samsung here employed an unusual but innovative setup, using a primary module with a 12MP sensor with 1.8µm pitch pixels, with 26mm equivalent focal length optics. There’s a second 28mm equivalent focal length module on the phone which is very unusual. The sensor here captures up to 64MP pictures and also serves as the video camera for 8K recording. In essence, the phone has no real optical telephoto module, but rather uses the higher resolution sensor to be able to crop in with greater detail. Both these sensors are of the newer generation 1/1.7” size which allow them to capture more light.

The ultra-wide module also saw an upgrade to a bigger sensor and upgrades the pixel pitch to 1.4µm, however we lose resolution as this year it’s only 12MP.

The Galaxy S20 Ultra’s camera setup is quite extravagant in its size. With a 108MP 1/1.33” sensor with 0.8µm pixels it’s amongst the biggest sensors out there. Samsung opted to go for a 3×3 Nona-Bayer colour filter setup which is unique, and means that the sensor captures 12MP pictures in every-day scenarios.

The zoom module on the S20U is also huge: Samsung crammed in the IMX586 into a periscope telephoto module, resulting in a 4x optical zoom / 103mm equivalent focal length. Thanks to the 48MP sensor, this can be cropped a lot, achieving good quality up to around 10x zoom. 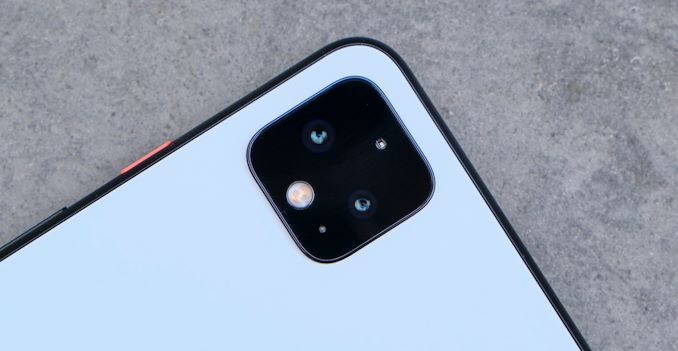 The other 2019 device in this list is Google’s Pixel 4 phone. Google’s forte is clearly on the software side, showcasing some excellent image processing. On the hardware side, things are a bit simpler. We’re seeing a 12MP main sensor that’s seemingly quite older, as well as telephoto lens that’s actually a 43mm equivalent with 1.6x zoom, compensated by the fact that the sensor is a 16MP unit. Such an approach allows for better intermediate zoom level quality. What’s really missing here is an ultra-wide-angle module, and alongside the new iPhone SE, it’s the only other phone in this comparison lacking such a camera view. 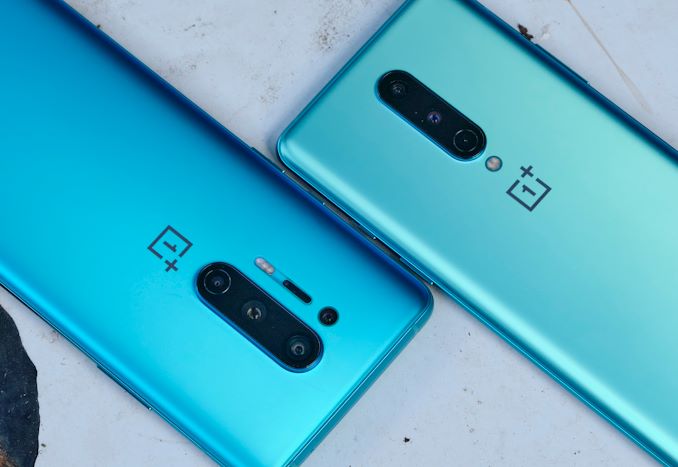 OnePlus this year also had some big improvements in the camera department – at least the Pro version did. The OnePlus 8 Pro features amongst the first uses of the new Sony IMX689 sensor which is a 1/1.4” module featuring 48MP 1.12µm pixels in a quad-bayer colour filter layout (2.44µm 12MP binned). It’s amongst the more sensible choices and represents a compromise between the low-MP vs high-MP designs out there. There’s a 3x optical telephoto module coming at 8MP resolution, and the ultra-wide-angle actually adopts the IMX586 – last year’s popular sensor at 48MP (0.8µmnative / 1.6µm binned pixels).

The regular OnePlus 8 sees this same sensor on its main camera – in essence here nothing changed compared to the OnePlus 7 Pro except that it’s lacking a dedicated telephoto camera, instead using the main camera sensor in its 48MP in a crop mode to get to 2x magnification pictures with little quality loss.

OnePlus this year has seemingly worked a lot on their image processing, resulting in better quality than prior years. 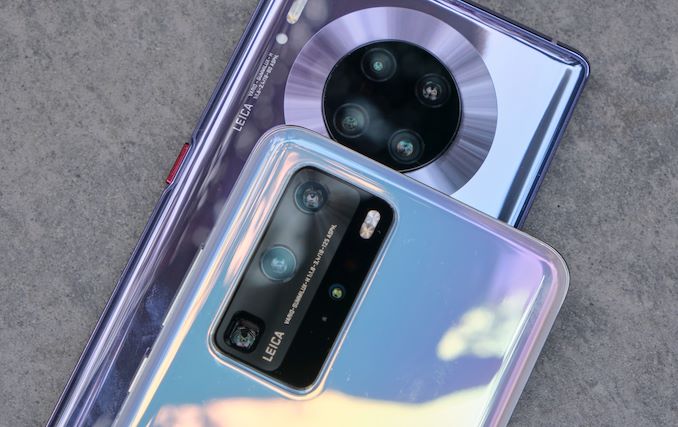 Huawei’s efforts over the last years in the P-series can be strongly attributed to sparking the recent boom in smartphone camera advances, having been the first to popularise high-megapixel sensor usage as well as the first to come to market with computational photography modes such as Night Mode. The company has really been pushing it in terms of both hardware and software.

The Mate 30 Pro was released late last year and uses a 40MP RYYB sensor – still a large 1/1.7” unit. There’s an 8MP 3x telephoto module for further reach, and the special thing about Huawei’s new phones is that the ultra-wide-angle is actually a 3:2 format sensor rather than the usual 4:3 aspect ratio, resulting in a different field of view than what you’re normally used to. This 40MP sensor is still very big and is the largest of this kind on the market.

The newer P40 Pro updates the main camera sensor to a new 50MP 1/1.28” unit, making this the largest camera sensor out there in the market. Each pixel is natively 1.22µm in dimensions and Huawei is binning it to 2.44µm as it’s a quad-Bayer colour filter. The odd thing here is that the P40 Pro by default takes 27mm equivalent cropped wide-angle pictures even though the lens module is actually 23mm wide. Even weirder is that the phone scales this crop up back to 12MP. Something to keep in mind for the evaluation section.

The ultra-wide-angle is the same as on the Mate 30 Pro, but the telephoto module is another periscope design, featuring 5x optical magnification with a 12MP RYYB sensor, making that also the first and only of its kind featuring such a colour filter array on a telephoto module. 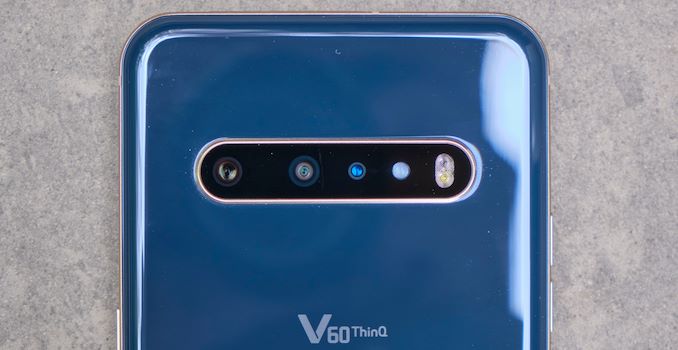 LG’s V60 is another dual-camera setup phone like the Pixel 4, with the difference being that LG opted to skip the telephoto instead of their pioneering use of ultra-wide-angle modules.

On the main camera, we’re seeing a new 64MP 1/1.7” sensor with 0.8µm pixels, binning down to 16MP for regular pictures. LG’s lack of a telephoto is compensated by the fact that the main sensor is of such a high resolution, and will actually capture a 16MP crop at 2x magnification while in the native resolution mode of the sensor, only losing a bit of dynamic range but still retaining near full resolution sharpness, making this in my view a quite well-working solution to the lack of a telephoto. 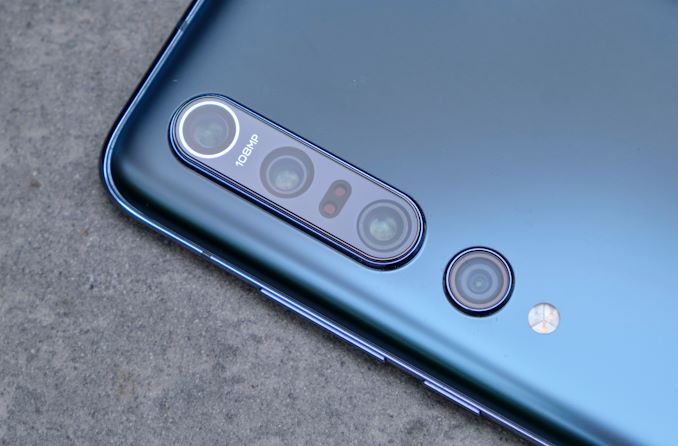 Xiaomi was the first vendor to bring to market Samsung’s new 108MP HMX sensor. It’s of the same huge 1/1.3” size as that found in the S20 Ultra, but the difference here is that Xiaomi opts for a regular quad-Bayer colour filter array, meaning that the phone on this camera actually captures 27MP images natively, notably more than any other phone.

What Xiaomi also does on the telephoto end is also extremely interesting. Instead of going with a periscope module, they’ve managed to use a regular module design to achieve a 5x optical zoom module thanks to a small 1.0µm 8MP sensor. Xiaomi also thought of the issue of the quality gap between the focal ranges of the modules and bridged this with a traditional 2x optical zoom module coming in at 12MP.

The fourth camera is the ultra-wide-angle with a 20MP unit with 1.0µm pixels. Generally, Xiaomi’s approach to the camera setup seems extremely level-headed as it avoids many compromises we’ve seen from more ambitious designs such as in the S20 Ultra or other periscope camera designs. 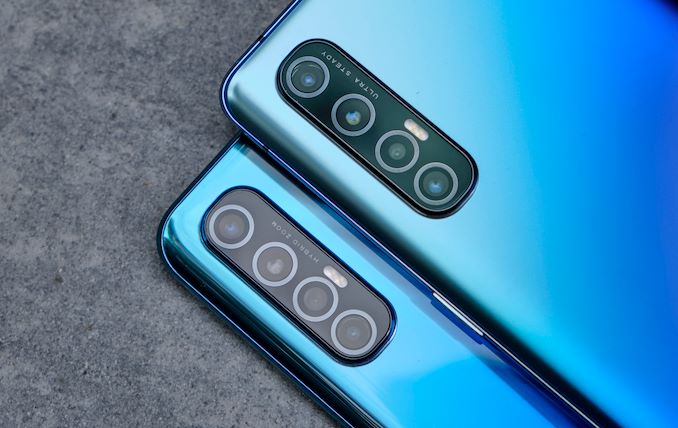 Although not OPPO’s flagship phones for 2020, the two units are interesting as they’re featuring similar camera setups configured by the same vendor, but coming in a MediaTek and Qualcomm SoC variants. The telephoto module and ultra-wides are the same on both, a 13MP f/2.4 2x optical with 1.0µm pixel pitches and 8MP f/2.2 13mm equivalent with 1.4µm pixel sensors.

The main sensor differs between the units. The Pro 5G comes with a smaller 1/2.0” sensor with 0.8µm pixels at 48MP, whilst the European Reno 3 Pro comes with a 64MP 1/1.7” sensor with the same pixel pitch size. Both do quad-Bayer binning to respectively 12 and 16MP resolution shots. 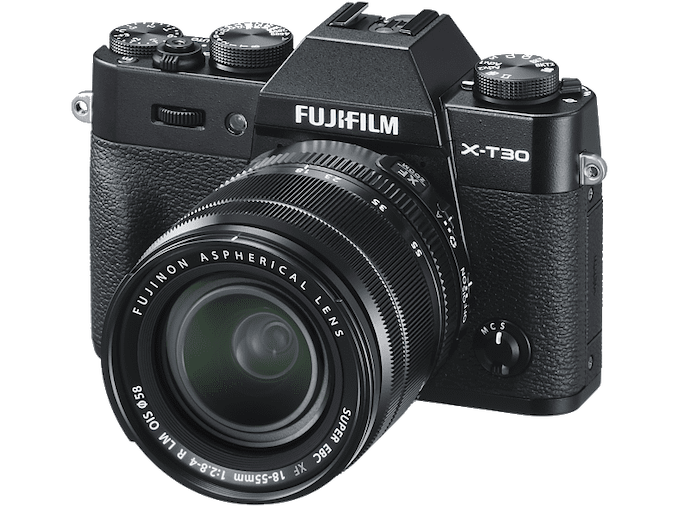 Over the last few years in our camera reviews there had always been a lot of discussions about the colour reproduction of various smartphones – which one was accurate and which wasn’t? As an addition to this year’s reviews I had started to include a mirrorless camera to act as a reference point for this.

The pictures were captured in RAW format and processed in Capture One for manual recovery of dynamic range and exposure to as accurate as I could based on the scenes. Colours remained unaltered.

Goal of the Article

The goal of the evaluation is mainly surrounding the technical aspects that each smartphone vendor has adopted in their design. We’re looking to juxtapose the different camera sensor and optical technologies between the various vendors and try to come to some sort of verdict of the best implementations. We’ll try to pin down the camera’s strengths and weaknesses, both from a hardware and software perspective.

The evaluation here is just based on technical landscape still picture photography. Portrait or video evaluations aren’t in the scope of the piece (for various practical reasons).